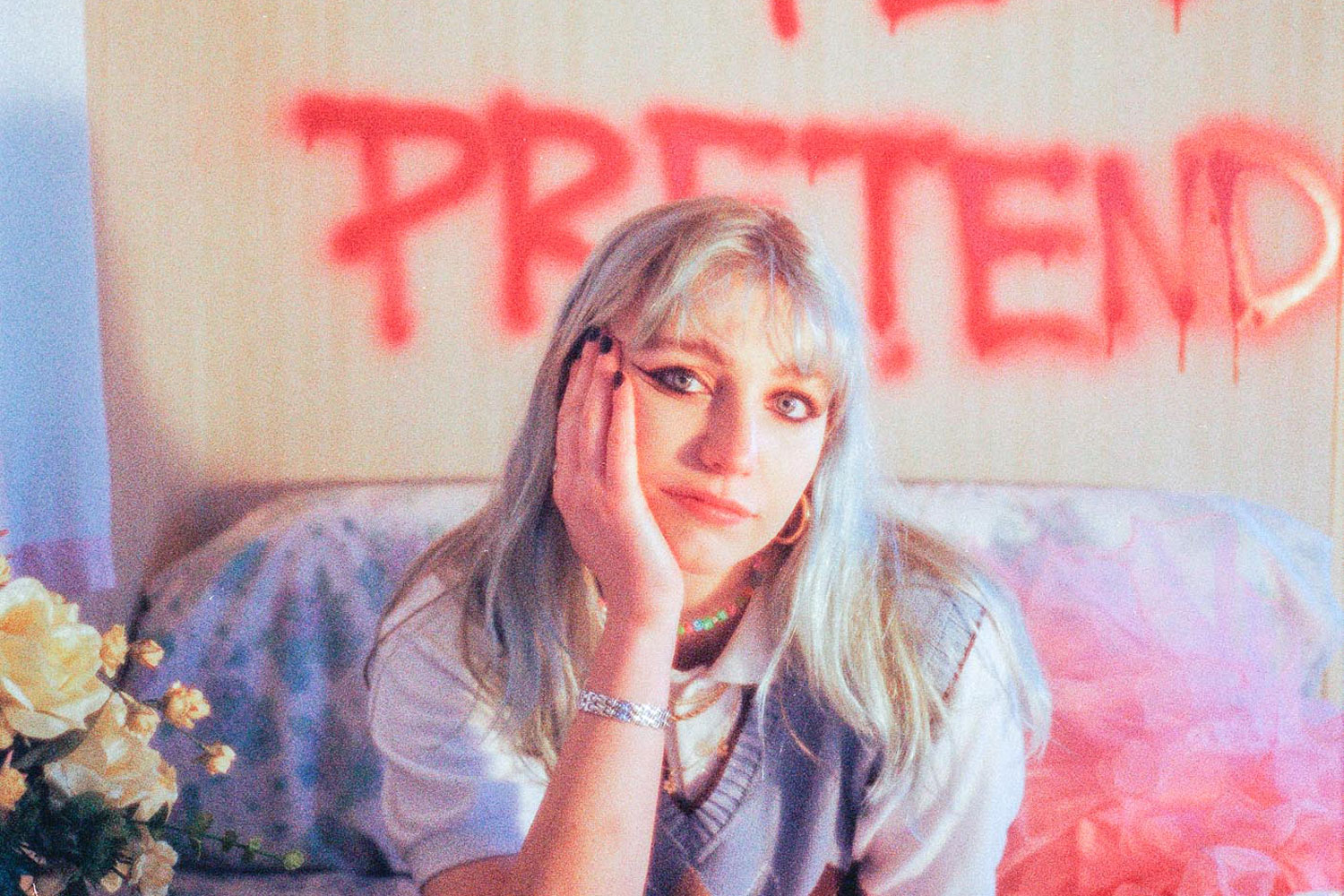 Abbie Ozard: “When I’m dead happy, I find it really hard to write. PLEASE someone have a go at me”

A good meal does wonders. Yeah, it’s the sort of quote that you’d expect to hear from relatives as you tuck into your evening supper and yes, it’s the sort of obvious, everyday fact that doesn’t really need explaining – but that doesn’t mean it isn’t bang-on, right?! It’s something everyone turning up at the Ozard family cafe knows, a melting pot of different lives and surroundings all taking a moment out to tuck into another hearty meal. It’s also where you’d find a young Abbie Ozard serving up meals and coming across all sorts of different personalities – but only on the nights where she didn’t have a gig on, of course.

“I could jump around different shifts and stuff which was lucky,” Abbie recalls, thinking back to days of having to flag those spare nights when a last-minute show would pop up. “I loved being a waitress, talking to all these people and meeting some right weird ones. It was an inspiration, really. Like when you’re stuck in a room, you’ve got to find stuff to write about, but when you’re busy serving good scran…”

The result is that Abbie Ozard isn’t serving up just good scran anymore, but dazzling indie-pop gems too. In just over a year, Abbie hasn’t just made an opening impression but scrawled her name across playlists and new music ears in big letters for the world to see – releasing track after track of confessional brilliance that signals the arrival of a new favourite artist for many.

“It’s just been really cool and nice to see people like what I’m doing,” says Abbie. “I wanted to comfort people I guess, I dunno… I don’t want just to release music for selfish reasons.”

Bottling teenage angst into sharp but dreamy anthems that you could imagine scribbled across diaries and scrapbooks, there’s a certain magic that comes with everything Abbie Ozard touches. Whether it’s the hazy sunshine of ‘Pink Sky (Endless Summer)’ and it’s endless possibilities, the ripping open-top drive of ‘True Romance’ or the overflowing wrap that is latest number ‘Breakdown’ – every track manages to sound both of another world and yet distinctively of our own at the same time. Tackling crumbling relationships, romanticising times that may never truly be as we describe, finding comfort in an online world or taking yourself to daydreams every now and then – it’s a recipe that’s bound to steal hearts.

Surrounded by the sounds of the 80s, David Bowie and The Cure growing up in a family home in love with music, Abbie’s first steps to stardom involved stepping into… a cathedral? “Yeah, like a cathedral choir,” she laughs. “It was classical music at the start but then as I got older, when I was 13, I was like fuck it, don’t want to do any of this classical stuff anymore. Don’t get me wrong, I don’t mind whacking a bit of it on now, but I started kinda listening to folk-y music and that, and it went from there.” A love of artists including Bon Iver and, in particular, Bombay Bicycle Club soon followed and it became the base for Abbie’s early forays into songwriting.

“When I’m dead happy, I find it really hard to write. Please, someone have a go at me”

That “base of folk” as Abbie puts it poured together in no time. “I’ve realised that when I’m dead happy, I find it really hard to write, like it’s so frustrating. PLEASE someone have a go at me, get me out of this happiness!” Songs began to flourish from the emo poems she’d write down after school. “I was 17 and had my first breakup, and I didn’t know what to do,” Abbie remembers. “I wrote and wrote, and it helped me make this product out of me just being a mess.”

2019’s ‘Growing Pains’ EP was a bubbling introduction to a songwriter having fun with the world around her. Combining lo-fi bliss with pure pop sensibilities, it was an early sign that Abbie was a voice bound to make a mark. Last year’s standout croon ‘TV Kween’ is the track Abbie points to as a perfect snapshot of where she is now. “Before, the whole genre wasn’t really solidified. With ‘Growing Pains’, it was like right okay – I’m going to make a little EP that’s a chapter on everything’s that happened in that year and the pains of growing up basically. It was a little experiment really, compared to what I was doing before. With this next EP, it’s basically that on steroids”.

“Like ‘TV Kween’ was done over Zoom, and that’s been my favourite one so far. After that I was like, right, I love this vibe. I wanna stick with this for a bit and see where it goes. Like it feels like I’ve found my sound, though saying that I’ll probably end up getting bored and trying something different in the future, which is fine. That’s the fun of music, you can do what you want.”

While those live moments that the ‘Let’s Play Pretend’ EP scream out for may be on pause, there’s no doubt that Abbie’s future seems destined for those grand occasions. Early nights supporting whenyoung are ones Abbie can directly point to as inspiring her to write songs that “absolutely slap live”, but with a wealth of material that also pulls from those early folk routes – predict what comes next from Abbie at your peril. “I have this SoundCloud playlist of all these sad demos that I just haven’t released,” cracks Abbie. “I keep thinking that nobody can ever hear these, just so sad and no laffs at all, but I may slip a few of these in next time…

Abbie breaks out another smile. “I don’t think I’ll ever stop… don’t really have a choice! Might as well have a listen, eh?!”

Taken from the March 2021 edition of Dork, out now. Abbie Ozard’s EP ‘Let’s Play Pretend’ is out now.