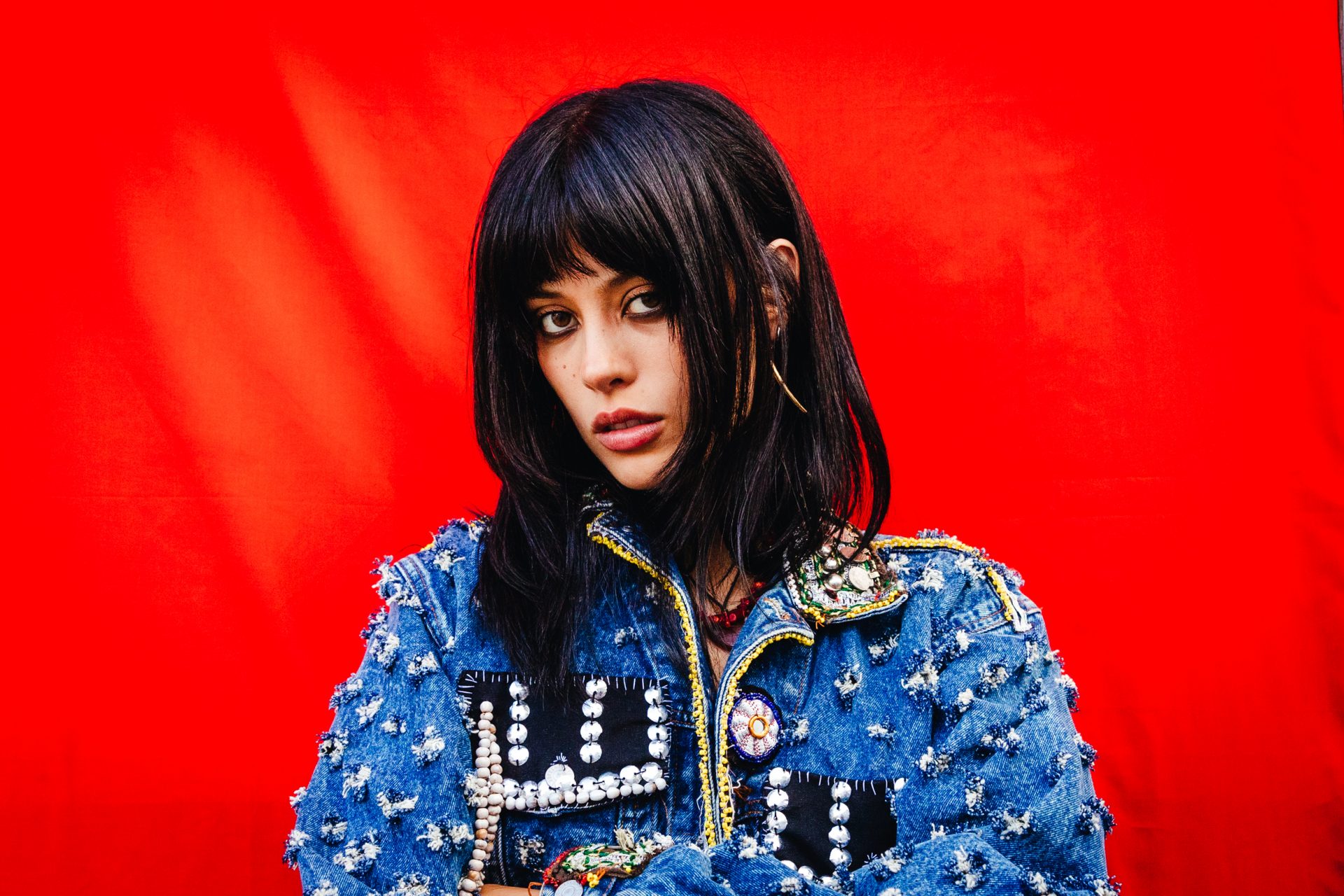 Alissic: “If I could change one person’s life with my music, that would be enough”

With Brazilian roots and a fearsome line in gigantic, modern alt-pop, Alissic is on a charge.

At The Great Escape festival back in May, Alissic played her first ever gig. Not that you’d know it from watching. A bolshie, electric and captivating performance, Alissic flickered between snarling rock star and flamboyant alt-pop master. A few months later, she headlined the BBC Introducing Stage at Reading & Leeds, playing to a packed crowd that already knew all the words to her brooding, angsty but playful songs.

“I thought I was going to be more nervous than I was,” the Brazilian singer admits backstage a little while later. “As we got closer to stage time, though, I realised I felt fine, so I enjoyed the show a lot.”

She admits that playing live, in general, is still a nerve-wracking experience, but she’s really getting into it. “As soon as the first few songs are done, it’s always such a vibe. I love it.” It’s meant that the music she’s been writing recently has been crafted with festivals and chaotic gigs in mind.

Recently-released single ‘Bugfood’ is a morbid hyperpop-infused song. “It’s a song about death,” explains Alissic with a grin. “I just thought it would be a good thing to write about because, in our culture, we don’t really talk about it. It’s kind of this taboo, which is so strange. I feel like I’m always having these different spiritual awakenings,” she continues. “I feel like death was the first thing I had to face in order to move towards where I wanted to be. It’s a celebration of life, really.”

She’s also reconnecting with her Brazilian roots, listening to a lot of artists she grew up with and indigenous musicians. “Because of this sort of spiritual awakening, I feel so grounded to my roots and my heritage. I’m just very proud to be Brazilian, and I want to tap into that more.”

By contrast, previous single ‘Everybody’s Dead Inside’ is an irresistible but dark emo anthem. “I was in a very dark place, and I felt like I had to write a song about it in order to say goodbye to this depressed version of myself,” she says. “It helped me overcome and enabled me to continue with this divine connection with creativity. It was basically a farewell song for depression.”

Elsewhere in Alissic’s eclectic back catalogue is ‘Piano’, a bombastic pop anthem about control and ‘Superstitious’, which blends Brazilian swing with Britney Spears hooks.

“I don’t think I will ever stick with one sound,” she explains. “However, those older songs all have such a different vibe because I was exploring what was possible, what felt right. I’ve got an idea of what I want to do now.”

“As long as I’m making my art for myself, it’s going to be great”

Alissic started making music a couple of years ago. “I always felt like a very creative person, and I always loved music, but I was also into fashion, creating worlds and illustrations. I’d been modelling since I was 15; I stopped because I didn’t feel like it was serving me anymore.” This sudden change seemed like the perfect opportunity for Alissic to bring together her world-building visions with her love of music.”

Her background in modelling does help with her confidence on stage, though. “Obviously, singing is completely different, but I’m used to performing in front of people and not being scared about the way I look,” she explains.

From there, she started learning to write, record and produce, with husband Oli Sykes and his Bring Me The Horizon bandmate Jordan Fish helping out. “It’s been great; they’re my best friends, so it was a no-brainer,” explains Alissic. “They understand me so well, so it feels like I have the opportunity to write about how I truly feel and share my message with people.”

When she first started making music, Alissic had one goal. “If I could change one person’s life with my music, that would be enough. I had no expectations beyond reaching a couple of people.” Obviously, as her packed-out set at Reading Festival proved, she’s already exceeded that original goal. “I don’t know how it’s happened, but I’m just going to go with the flow,” she laughs.

With hype and buzz building, she admits she does “have to keep reminding myself about my purpose. I want to help people, to make them feel like they can be free to be whoever they want to be.”

“I just want to make as much music as possible,” she continues of her new ambitions. “I want to be able to play festivals like this. I don’t really expect anything higher. There are things like social media numbers and streams and stuff like that, but all I really want is an audience I can share my thoughts with.” It might be tempting to try and recreate past successes, but Alissic believes that “as long as I’m making my art for myself, it’s going to be great.”

She’s currently working hard on the music that will make up her debut EP which is “definitely” coming next year, while she’ll return to the stage supporting UPSAHL across the UK this November.

“I’m really feeling my songs at the moment, and that’s the most important thing,” she says. “I can get caught up in my head easily, worrying about what I should or shouldn’t be doing, but I’m trying to be present. It doesn’t matter about numbers or how many people are listening, as long as I’m enjoying myself, right?” ■

Taken from the November 2022 edition of Dork.