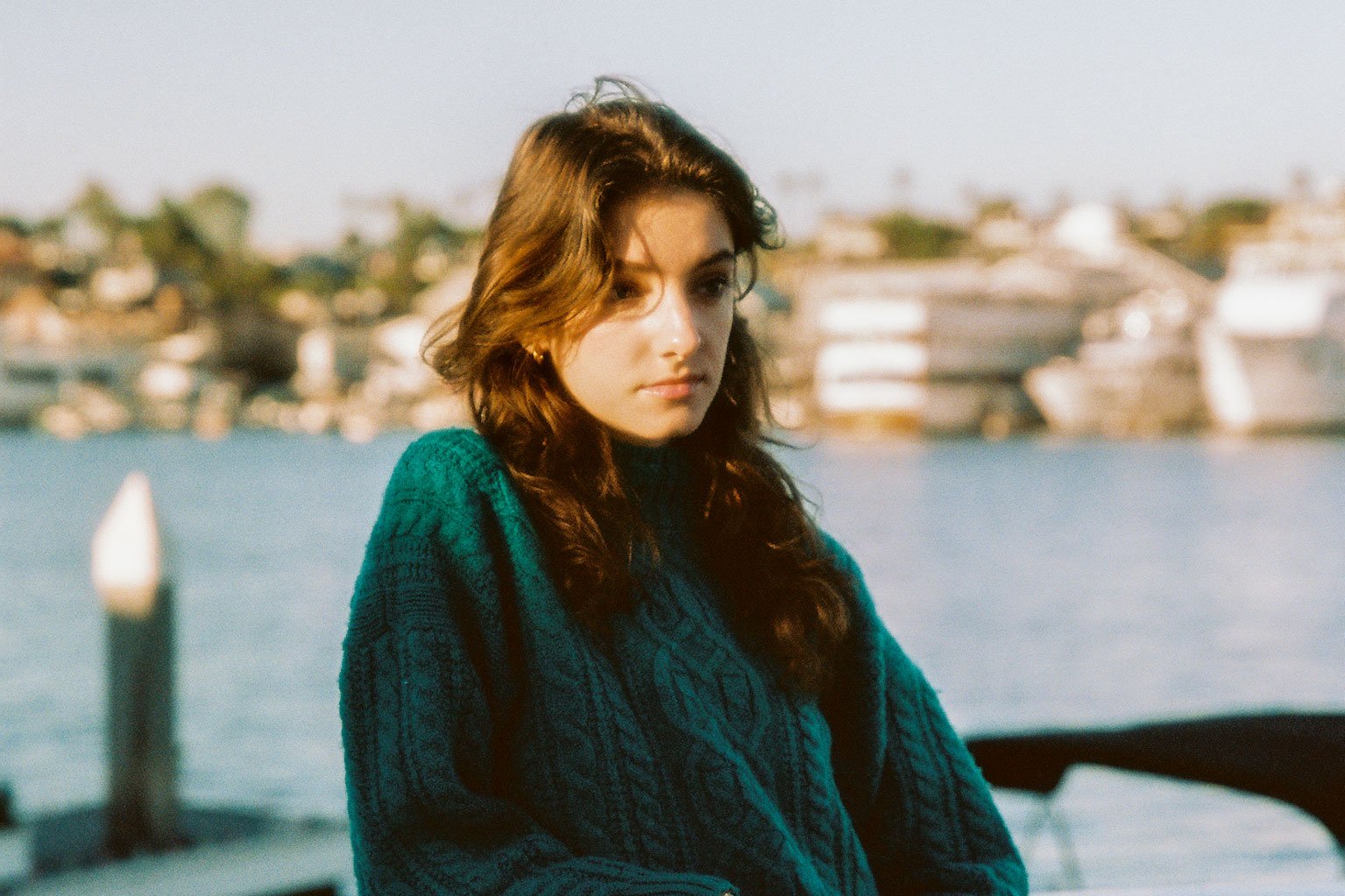 Alix Page: “It took a lot of nights with my mom trying to figure out how to work Distrokid”

Newcomer Alix Page is making all the right noises in all the right places with her easy to love alt-pop. Just don’t ruin any sacred bands for her, or else.

Southern-California singer-songwriter Alix Page is working through the pains of growing up with a batch of early tunes that are both heartfelt and eminently relatable (“I think you might have ruined Radiohead,” she sings in recent break-up missive ‘Radiohead’). With a debut EP on the horizon, she fills us in on what drew her to music in the first place, and how the path to getting noticed started with the help of one of her high school teachers.

Hi Alix! How are you doing? What are you up to?
Hi! I’m doing well, prepping for finals in school. I had one class a little earlier today; now I have some downtime to pack and get ready for a flight tomorrow, and then I have two more classes and a rehearsal later today. It’s weird on release days that feel so big and scary for me to just have a completely normal, boring day beforehand, but I’m getting used to it.

What first sparked your interest in music? Did you grow up in a musical household?
It’s honestly kind of a mystery. My grandma sang classical voice in pageants when she was young, and my mom did choir for a little bit in high school, but neither of them pursued it at all afterwards, and music wasn’t really something anyone in my family leaned into. Weirdly though, I can’t remember a time where I wasn’t singing all the time. The first songs I remember listening to and loving were ‘Since U Been Gone’ by Kelly Clarkson and ‘Defying Gravity’ from Wicked.

When did you begin writing songs of your own? What were they about?
I wrote my first song sophomore year of high school. It was called ‘Here Now’, and it was about how I’d liked this guy for so long and when he finally admitted he liked me too, I questioned whether or not I still really wanted it. He was the first, like, painful crush I ever had. I was really sixteen years old, thinking I was gonna marry this guy that I never dated, hahaha. My next one was about Daisy, from The Great Gatsby, from her perspective. We were reading it in my English class that year, and I got a lot of inspiration from it.

How did you approach getting your music ‘out there’?
Once I wrote ‘Stripes’, I felt like I figured out my direction and knew I wanted that to be the first song I put out. I got connected to my producer, Brett Kramer, through his wife Rachel, who was the director of the music program at my high school. I got really lucky; they’re just good people. They’ve played a huge role in helping me develop my sound and providing support every step of the way. I went into the whole process pretty blindly, though. Again, the music world was uncharted territory in my family, so it just took a lot of nights with my mom trying to figure out how to work Distrokid and upload pictures to my Spotify profile.

When did it feel like you started getting some success with it all?
I feel like every new song I’ve put out gets some little achievement that one-ups the last one, and that’s made me feel like I’m at least close to the right track. First, ‘Stripes’ got on Fresh Finds, and somehow, Jeremy Zucker and Chelsea Cutler found it and put it on their “World Of Brent” playlist. Then ‘Frank’ played on Zane Lowe, and we were like, okay, something’s working, let’s just keep doing it. For ’25’, the press from places like Coup De Main, Dork and Clash were huge and meant a lot to me because I’ve been following those for a while. It’s all been fun little surprises, and I’m still in awe that I get to do this.

What do you do for fun?
When I’m home, I just bother my cat a lot. I’ve gotten back into reading, which feels great. More time reading and less time on TikTok has been good for my brain lately. I love spending time with friends, of course. I love people who are super creative and have things they’re excited to talk about. I bought beads a while ago and just started making necklaces for fun, something to keep my hands busy and keep me off my phone. I feel like a grandma typing this hahaha I’ve become a little bit of a homebody.

You’re about to release your debut EP; what can you tell us about it? How did it come together, and what’s it about?
It’s four songs, all recorded this summer in Long Beach, California, with the greatest little team I could’ve asked for. I’m super proud of what we made and really curious to see which songs people gravitate to.
Kind of hilariously, I went through two very different, very difficult breakups in 2020. I think they both hit harder than usual because of how isolated I already felt during quarantine and the number of hits I’d already taken that year. At the heart of it, ‘Old News’ is really just about growing up. Accepting those losses and learning that some things are meant to be temporary. Every song kind of asks a question to the person it’s about, something I think came from me feeling like I didn’t know what the hell I was doing/feeling. I was looking to other people and writing these songs to get answers about what I should be feeling.

Where do you hope the EP will take you?
I just hope it opens up doors for me to meet new people and have more experience to share with people and write about.

Taken from the February 2022 edition of Dork, out now.