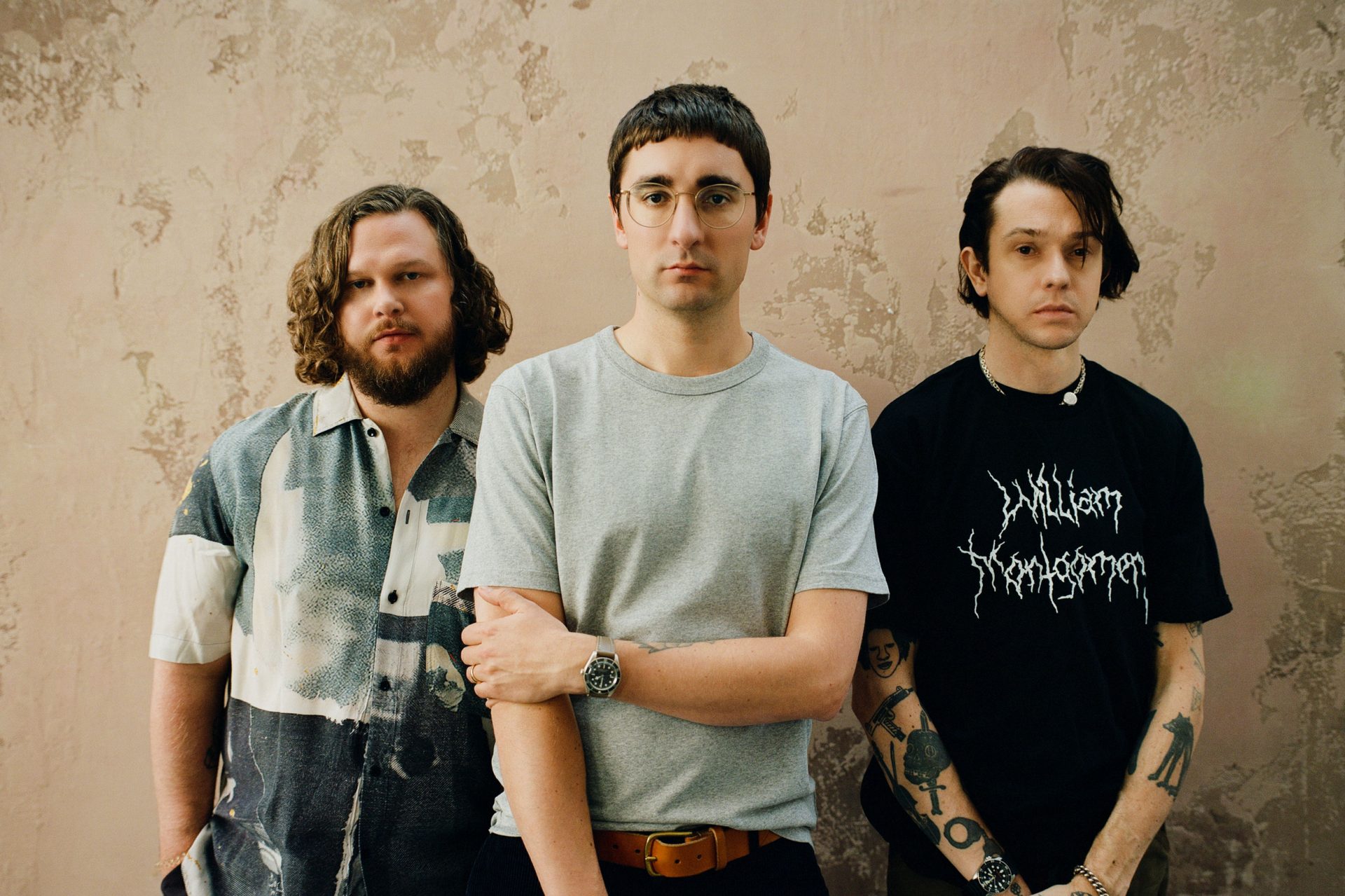 alt-J: “We didn’t set out to make an album encompassing house music, opera, barbershop and post-punk”

alt-J are back! Back! Back!! And how! With a fourth album, ‘The Dream’, which could well be their best to date, the trio have taken some extra time to deliver something extra special.

Alt-J’s fourth album may have taken a little longer to come around than it’s predecessors, but it also sees them progressing to places further than they’ve ever been before. Plus, it features an actual real-life ice cream van, if you listen carefully. What more could you want? We caught up with Gus Unger-Hamilton to find out more.

It’s been nearly a decade since you released your debut album, and five since ‘Relaxer’ – do you think the extra time to work on this one changed the end results?
Definitely. The lockdowns helped to break up the time in the studio, which gave us a better work/life balance. For the first time ever, we actually had too many songs for one album and had to whittle them down. I think that says a lot.

Now you’re approaching that anniversary, do you feel like a different band than the one that you were back in 2012? What’s changed?
We’ve grown up a lot as people – we’ve got kids, dogs and houses. But ultimately, I feel like we’re still working off the amazing chemistry we happened upon in our first band practices. That spark will always be our primary source of inspiration and keep on surprising us with what it produces.

As an album, ‘The Dream’ feels like another leap forward musically. Is there a deliberate intent to always try something new?
We never know what kind of compound our musical chemistry will form next. We didn’t set out to make an album with tracks encompassing house music, opera, barbershop and post-punk, but it just unfolded that way. Often making an alt-J song feels like walking a boisterous dog – you’re not really in charge of where you’re going; you’re just trying to hold on and keep up.

What was your headspace like going into the record? Did you have the kind of album you wanted to make in mind beforehand?
We were pretty refreshed and excited to get back to music after taking 2019 off from the band. Unfortunately, starting an album in January 2020 wasn’t that simple, it turned out! But as ever, we just write the songs we write and hope they will sound coherent on an album.

“We’ve grown up a lot as people – we’ve got kids, dogs and houses”

Loads of artists have been writing material over the last couple of years that has ended up influenced by the pandemic, but ‘Get Better’ especially feels like it’s in some way anchored in recent events. Do you think a song like that would have come without such a shared experience to pull on?
Probably not, no. I think the events in the background of its creation gave it a profound emotional honesty. The whole world has been through a long period of loss and mourning.

‘Hard Drive Gold’ also feels like it’s tied to current trends. How seriously do you take the whole NFT thing? The song is obviously, to a degree, tongue-in-cheek, but do you see the crypto movement in music as a good or bad thing?
We aren’t that into NFTs – though people are always asking us to do them (by which I mean companies, not fans). Crypto is neither a good thing nor a bad thing – in my opinion, it’s just the latest manifestation of that ever-present entity Mammon. Can’t live with him, can’t live without him…

Pandemic aside, did you encounter any unexpected challenges making the record?
There was an ice cream van that was always going past the studio at inopportune moments, like during vocal takes, playing ‘Yankee Doodle’. In the end, we embraced it and recorded it – you can hear it at the end of one of the songs.

Do you have a favourite song on the album? Was there one that took longer to get right than the others?
I think ‘Bane’ is my favourite. It’s a real journey and encompasses ideas old and new. We are forever storing away fragments of songs for future use, and this is definitely a song made up of such pieces. I love it for that reason.

Often alt-J albums feel quite delicate on record, but as a band, you end up sounding far bigger when playing live. Should we expect ‘The Dream’ to undergo any similar metamorphosis when you take it on the road, or will there be room for the intimate moments?
It’s going to be massive. Intimate moments can be great at gigs, but more often than not, quiet songs end up being ‘talkers’, to use a word my wife coined. So we now just tend to select setlists made up exclusively of bangers. We invite you all to come and see.