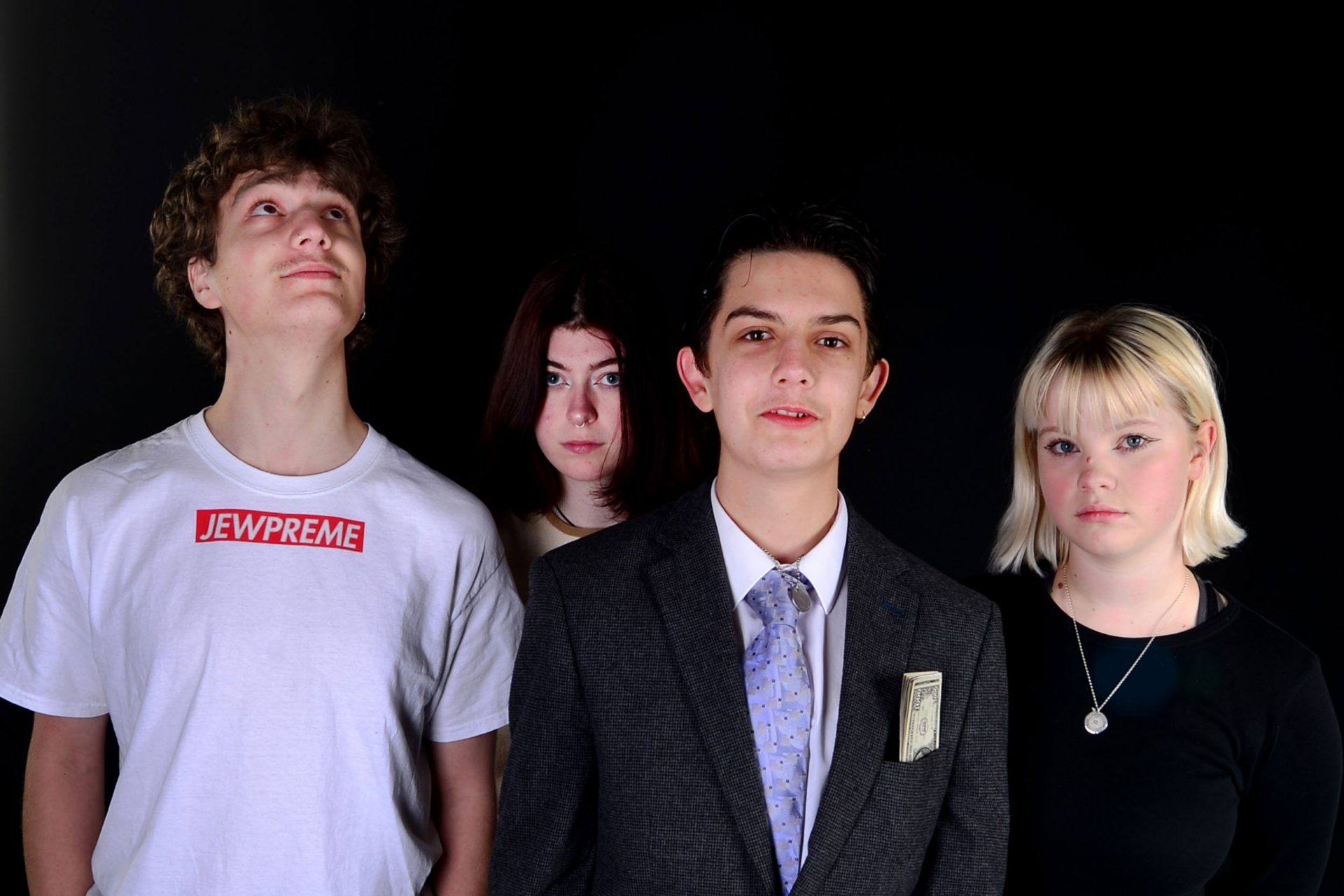 Anorak Patch: “I don’t think we ever expected it to get this far”

Proof that age is but a number, Anorak Patch may have caused an initial fuss in part because of just how young they were, but make no mistake – this lot more than make the grade on any metric.

Idly kicking a Coke can down the street on their way home isn’t an after school pastime for Effie Lawrence, Eleanor Helliwell, Oscar Ryland and Luca Ryland. No, their extracurricular activity is Anorak Patch.

With a brash wind of hypnotic vocals, darting guitars, biting drums and a whole heap of promise, the Colchester-based band – still in school and college, don’t you know – are enamouring themselves to more and more fans by the day. Even trying to get them on the blower for a quick chat can be a challenge, it turns out, but when you’ve got A-Levels and a bubbling music career to deal with, who can blame being a bit hard to pin down?

“I don’t think we ever expected it to get this far, but it’s just a very enjoyable thing to do,” bassist Eleanor says as she wanders home from college, seemingly surrounded by a swarm of screaming children. “And it gives you a lot more confidence within yourself.”

Stemming from initially knowing keyboardist Effie “for years”, Eleanor eventually met brothers Luca (bass) and Oscar (drums) through music, and the four began toying around, tinkering with what would become Anorak Patch. They found their proper start in 2019 after Eleanor’s dad needed a band for a local pub festival. Standard pub fare, it turns out, but with a cheeky cover of Radiohead ‘No Surprises’ for good measure. “That was a really terrible idea,” Eleanor chuckles. “It just wasn’t great.” It wasn’t long before they started cobbling their own material together. “We’re playing that again this year,” she says. “I think it’s three years since our first gig, so it’s nice to go back to it.”

Being a young band in the most extreme sense of the term – Luca was just 11 when they started up – getting gigs was rather tricky. It’s something that still proves a bit of an issue, given most bars don’t allow minors after a certain time. “We used to play a venue in Colchester called Three Wise Monkeys, and they used to do under eighteens gigs, which was good because it was quite difficult to find places to actually play. So that was really good. But we struggled to find places that would let us.”

As the pandemic took hold, Anorak Patch’s time in the spotlight began to beckon. Finding themselves on the BBC Radio 6 Music playlist and popping up on the few socially distanced festivals that took place (plus eventually some that weren’t), 2020 and 2021 were fruitful, to say the least.

“At the end of the lockdown, we were allowed to go into the studio,” Eleanor recalls. “We didn’t really get to do much together through lockdown, obviously. We got so much recognition because my dad was our manager at that point and had nothing else to do, so he just kind of spent every single day phoning people to get us on radio and stuff, and that really helped.”

Their debut EP ‘By Cousin Sam’ proves what the four-piece can string together. A seven-track journey through the weird and wonderful world of Anorak Patch, no two tracks sound alike. While Oscar and Luca combine forces to construct the musical form of Anorak Patch, it’s the other half of the band who builds the melodic and lyrical side. Really, it all boils down to the succinct yet simplistic truth that they “just kind of write what we think sounds good.”

‘By Cousin Sam’ isn’t a destination for Anorak Patch’s evolving musical identity. Instead, it’s a path of stepping stones on the way. “It’s definitely more experimental and more interesting” than their earlier material, Eleanor admits. A bold move by any standards, given those were the sounds that enticed people in.

A band born out of necessity, things are looking bright for the young quartet. “It’s all gone in our favour which I don’t think any of us expected at all,” Eleanor muses. “We started it for fun, and then it went from there.”

Eleanor’s dad might hold a bit of jealousy, though, having had a crack at band life himself a few times over. “He’s been in bands for so long,” Eleanor smiles. “And it’s never got as far as we did. We’d only really been playing together for not even a year when we got on the 6 Music playlist – he just kept saying he’s jealous.”

Whatever’s in store for this wonderfully weird and brash group, chances are few will be able to replicate their unique blend of influences and experience. That’s just what makes Anorak Patch so special. ■

Taken from the June 2022 edition of Dork, out now. Anorak Patch’s debut EP ‘By Cousin Sam’ is out now.