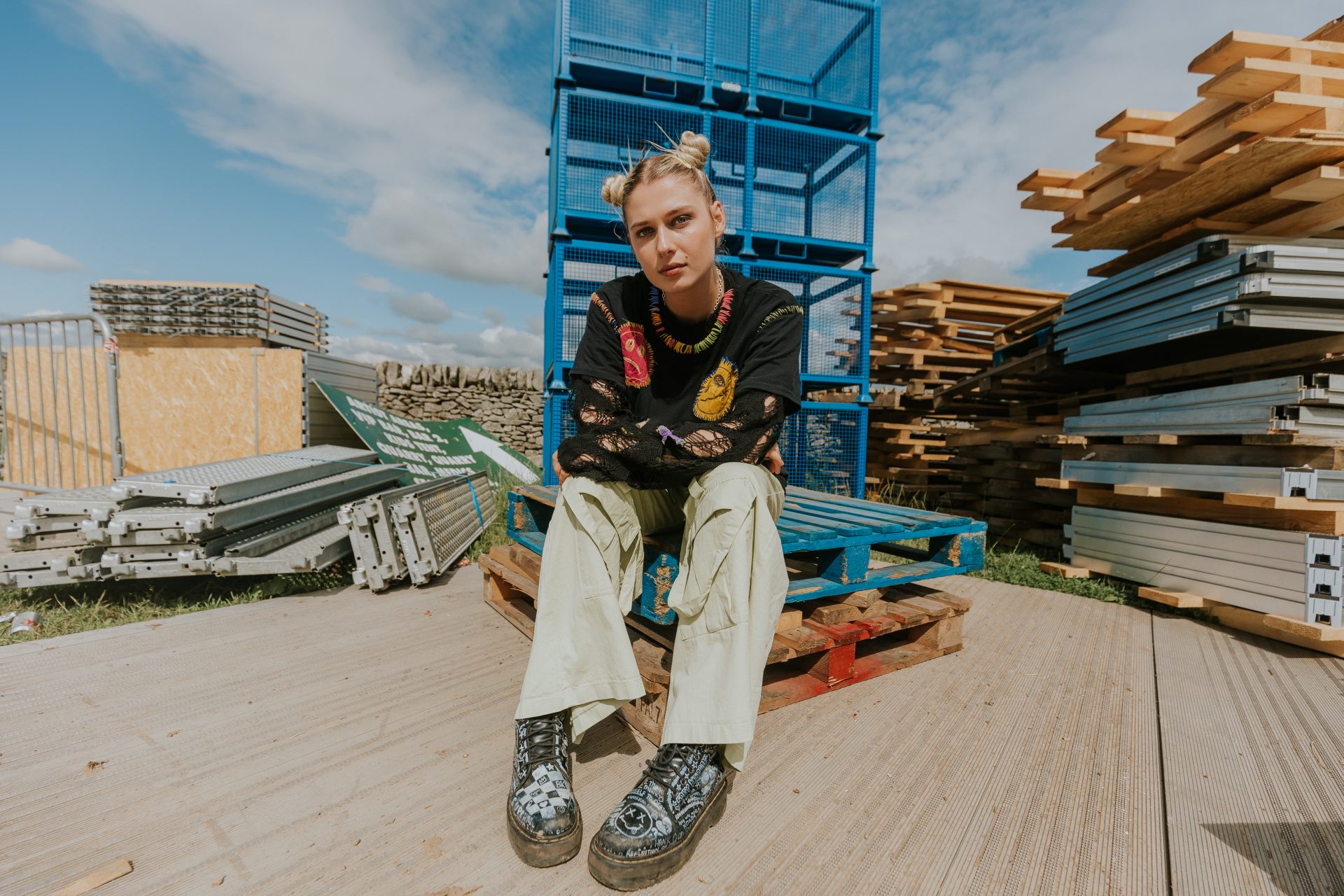 Baby Queen: “I live my truth. Hopefully, people hear that and know they can live their truth too”

Bella Latham has already established herself as a pioneering art-pop star, creating songs rich in both an auditory and thematic sense. However, this year has taken things to a whole new level. Baby Queen dissects her biggest increase in momentum to date.

From working in a record store to getting signed not long before the pandemic, the career of Baby Queen felt, internally, like a slow burn – but from the outside, music fans have watched a new name explode onto the scene and tour alongside one of the industry’s biggest pop artists. “It’s been so much more of a journey than people on the outside will ever see. I keep having these moments where I’m struck by the fact that not too long ago, I was working at Rough Trade, seeing artists release albums and knew that one day I wanted to do that myself. This goal felt impossible to me.”

Having recently concluded the Sour Tour, which saw the singer-songwriter travel across the nation alongside Olivia Rodrigo, Bella Latham has been able to view the current scope of those once-modest ambitions in venues and stages of a daunting magnitude. “I’d love to fill that space eventually, but at the same time, with that size of an audience in front of me, it was really good to not have to deal with something I’d never had to prepare for before,” she share on the sudden increase in scale. Fortunately, she was able to quickly settle in and get down to business. “[Olivia’s] fans are amazing and were so up for being friendly and welcoming that after just the first day of being up there, I felt totally comfortable. As we played that show every night, the live band just got so much tighter – by the end of the six weeks, we knew we were lit.”

While her performances across the UK undeniably contribute to a year of relentless growth, when asked what she primarily credits for her surge in popularity, Bella only has one answer: “Definitely Heartstopper.” The coming-of-age rom-com series used its platform on Netflix to push a range of sexual and gender identities to the forefront and backed this much-needed representation with a playlist filled with well-paired indie-pop hits. With the official playlist nearing half a million followers on Spotify, inclusion in this show bolstered streaming numbers for many, such as Orla Gartland whose 2019 track ‘Why Am I Like This?’ multiplied its audience several times over.

Baby Queen had several hits created in this same way and even contributed an original song (‘Colours Of You’) specifically for the soundtrack – it’s tough to imagine how overwhelming the enhanced spotlight must have rapidly become. “It went beyond what anyone, even my label, had anticipated. They hadn’t seen anything like it,” she shares. “The way my music fit that show so perfectly… there was a moment in time when the way it was growing each day – we didn’t know what to do with ourselves. So much crazy growth came from that show, and it was more than I could ever have hoped for.”

Those new listeners could easily have moved swiftly on, but a sense of authenticity has forged a connection. This is just a small part of the revolution Bella says she is witnessing in music, as people rebel against the oppression of their identities and express themselves as honestly as they can.

“All my favourite musicians, the most exciting musicians, are people like Little Simz – listen to those lyrics, bro, they’re amazing,” Bella enthuses. “She’s really spreading messages and having an opinion, changing people’s lives through music. When I’m making my music, I have to think carefully about what I genuinely believe about the world. I’m just one organism, and all I can do is be incredibly honest about my experience. I live my truth. Hopefully, people hear that and know they can live their truth too.”

The most obvious proof of this mission is her recent single ‘Nobody Really Cares’, a thrashing rock cut that emphasises empowerment. Although some fans have questioned the encouragement of reckless behaviours, Bella retorts that this is a blatant misinterpretation of her message. “It’s about the fact that if you do something wrong or make a mistake, you shouldn’t be so hard on yourself because no one cares as much as you think they do. At the same time, I did give everyone permission to cut their hair.”

She continues: “I watch the people who come to my shows truly expressing themselves, and that makes them the coolest people in the world. At the end of the day, people might well gossip – but what difference does that really make? Those people are selfish cunts who don’t actually care what you’re doing. People say you can’t be gay, it’s disgusting, and God says it’s immoral – bro, what the fuck?”

This attitude has outgrown the pop identity Baby Queen was born from, Bella feels, and she is now decidedly steering herself into the rock arena. “I went into making a pop record thinking that is what was destined for me, but I was making songs that I felt disconnected from at the same time as playing my first live shows and exploring myself onstage. All the pop songs in my discography were driving me insane.” If you’ve seen one of her shows, you can tell she is tailoring the experience to her charged intentions. “I feel like the way that my body wants to move, and the way I naturally want to behave is a lot more dangerous than pop, and I have to do what I can feel proud standing in front of as an artist.”

There is an inherent sense of risk that comes with reinventing yourself, but for Bella, it was more a forced detachment that became inevitable and necessary: “Baby Queen wasn’t so much of an alter ego in the beginning; I felt like it was me. The more I’ve lived it out, the more healthy I think it is to separate yourself from your career. You have to understand that you’re creating something; it’s a piece of art – the whole thing is a presentation.” One small consequence of viewing your identity as an object? You might just trip up and break it. “I’ve gotten a lot more respect for what I’ve created; it’s something I didn’t know it would become,” she continues. “However, now that I’m looking at it externally, all I’m thinking is: let’s not fuck this thing up.”

With a debut album still to come, the pressure may well be reaching its peak. Although ‘The Yearbook’ mixtape has done an ample job of tiding fans over, this moment can’t be delayed much longer, and Bella knows it. “My delivery time with this album is coming to a quick close,” she laughs. “I’m doing the final push on this album, and – thank God – I’m over the worst part. It’s still terrifying that I’ve made this really staunch decision to step away from what is possibly my most popular work… fuck knows what’s going to happen, but I’d rather fail doing that than succeed doing something I didn’t want to do. I want to be able to blame myself for the decisions that I made. Whichever way this goes, the responsibility is on me.” ■