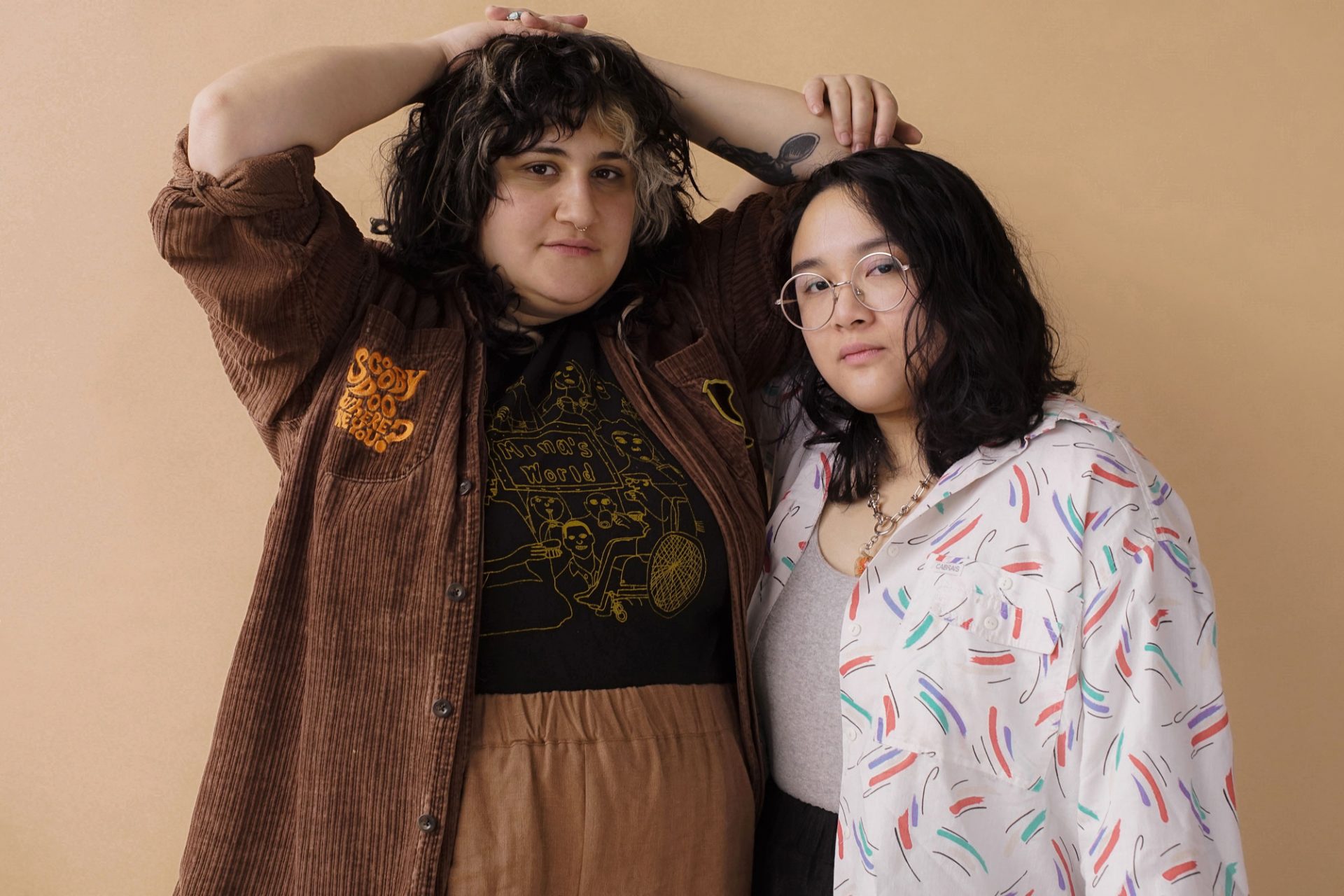 Bachelor: “It’s exciting to be bringing friendship back to the forefront of people’s minds”

Mates are great, especially when they spring out of nowhere, suddenly feeling like they’ve always been your partner in crime, as is the case for Jay Som’s Melina Duterte and Palehound’s Ellen Kempner. The two indie upstarts found themselves becoming inseparable after a joint tour back in 2017.

Now, fast-forward to January 2020, when the pair were renting an Airbnb – hot tub and all – in the name of seeing just where this kinship would go musically. Well, it didn’t take long for magic to happen.

An indie pop super-pairing, if you will, Bachelor – named after the infamous US TV show – is all in the interest of friendship. Two minds both deft in hazy indie and whip-smart lyricism, their joining comes together as equal parts indie-film cinematic and the perfect summer soundtrack.

However, the whole project also exists as a frozen snapshot of a carefree time. Recorded before the world went a bit topsy turvy, Bachelor’s debut, ‘Doomin’ Sun’, is now finally thawed. In fact, Ellen and Melina are at last uniting after a year apart – the Monday after Dork’s interview, actually. Melina is heading to stay with Ellen.

“We’re getting tattoos!” the latter exclaims.

Matching ones to cement the Bachelor life? It turns out no, and for a good reason.

“I have a matching tattoo with someone who I don’t speak to anymore, and I feel like that’s kind of cursed,” Ellen admits, to Melina’s horror.

“I’m not saying that we’re not going to speak any more!” she reasons as pulses finish racing. “But I don’t want to jinx it, you know? It puts this invisible pressure on things, even if you don’t think it does.”

Matching tattoos are, of course, one way to put “invisible pressure” on a friendship, but what about actually recording and releasing an album, not to mention all the gubbins that comes with it?

“I don’t know if we were thinking about it outside of ourselves a tonne because I think we, honestly, selfishly wanted to hang out and make music together,” Ellen shrugs. “[To] kind of just see where it went. We’re on the same label, so that made it easy to get it in motion and have support. I’m really proud of what we’ve done, and I’m really excited to bring that energy into the world.”

With Melina in her dark, keyboard-laden attic on the west coast tucking into some food after getting back from the airport, and Ellen beaming in from the sunny east coast – the pair are one and the same; seamlessly finishing each other’s sentences and similar trains of thought clocking in at speed, rushing through stations.

“You’re basically looking at it!” Ellen chuckles at Dork asking about their friendship for the last year of separation. “This is basically how it goes. We FaceTime almost every day, usually for like two hours. I’ll just cold call Melina and be like, ‘What up?’, and then we’ll just talk about nothing, or vice-versa. Then we’ll hang up and be like, ‘Oh shit, there were actually things that needed to be talked about’.”

One thing should be made abundantly clear – Bachelor is simply a labour of love. Throughout our chat, the pair break off as if Dork is privy to one of those cold-called FaceTime sessions. “After a year of not having friends around, I think it’s exciting to be bringing friendship back to the forefront of people’s minds,” Ellen mentions of the pair’s impact in the world now the Bachelor ball is rolling.

Certainly, there’s a case to be made that the music itself – still sticking true to the individual components yet not quite exuding the same bright, boisterous energy as its composers – but hey, when it sounds as good as ‘Doomin’ Sun’ does, what with its twangs, twists and tremendous grooves, who cares?

Indeed, they say laughter is the best medicine, and humour is the joining force for the duo, likening it to “regressing”. They’re finally living the friendships they wished they had in school, since they’re both “queer people around the same age”, and having both experienced the same isolation from not being able to express themselves when younger.

“I always wanted to like quote-unquote be one of the guys and hang out with them, like play video games and chill and do that kind of thing,” Ellen says. “But I never felt like I could, and I feel like Melina and I are reliving what we would want to do when we were 14, or so.”

Really, was there anything particularly surprising discovered about the other when you were together that much? There’s a bit of silence before Ellen disappears from our chat. Oh.

With a mortified Ellen reappearing, “I was just swiping to change the view because I wanted to see what your face was looking like and what you were gonna answer!” she laughs to Melina.

“I think I was surprised at how open-minded Ellen was,” Melina says, setting the train back on its tracks. “And I’m not saying that in a bad way! It’s just I’ve done a lot of collaborations, and I do get nervous sometimes to see how like ‘alpha’ people will get, especially when you work with another solo artist.”

“Going into it, I was like, ‘Damn, I don’t know if I’m gonna be able to keep up with her,” Ellen says of her preconception. “I was like, ‘She’s gonna want to do these long-ass gruelling days… she’s so used to getting so much done on her own, that she’s gonna like it’s gonna be like pedal to the metal’. I thought that I was gonna have to overextend myself to keep up.”

Fortunately, no such scenario surfaced. Instead, when the pair hunkered down in their – ahem – Bachelor pad for a couple of weeks, while music-making was indeed happening, so was this lifelong friendship.

With activities apparently including “running around naked and screaming”, 7 pm was the Bachelor “crazy time” where they removed themselves from the serious business of music and instead dropped all worries – quite literally.

All this was partly fuelled by cooking obscene amounts of pasta: “I like all types of food, but man… spaghetti!” Melina confirms, a steaming plate of pasta shimmering in her eyes. Also explaining they were consuming vast quantities of Yerba Mate (that’s MAR-TEA, not M8, apparently) – “It’s like if Red Bull and Snapple had a baby,” Ellen explains – it’s any wonder that Airbnb is still standing.

It wasn’t all just enough-to-make-yer-nan-blush carnage and consumption, though. The pair also played catch-up with each other’s lives long-term, essentially living their own isolated episode of This Is Your Life. “It was a perfect two weeks,” Ellen smiles.

The energy from those two weeks, along with ‘Doomin’ Sun’’s consciousness of being born out of wanting to harness feelings – those isolated childhoods or the various global crises – is radiating with each step into the world for Bachelor. Every interview, music video, or Insta post holds that special, fluttery, friend-fuelled feeling, and really there’s no better timing. It’s also something that hasn’t gone unnoticed by the eager fans of the pair. Ellen recalls an Instagram message replying to a recent article where, in classic fashion, they were “dragging each other through the dirt, basically.”

“This person was just like, the whole vibe of this project reminds me of when I was in third grade and my teacher accidentally set me next to my best friend, and we had to be separated after one day or something, and I just love that we can make people feel like that, again. I love that!”