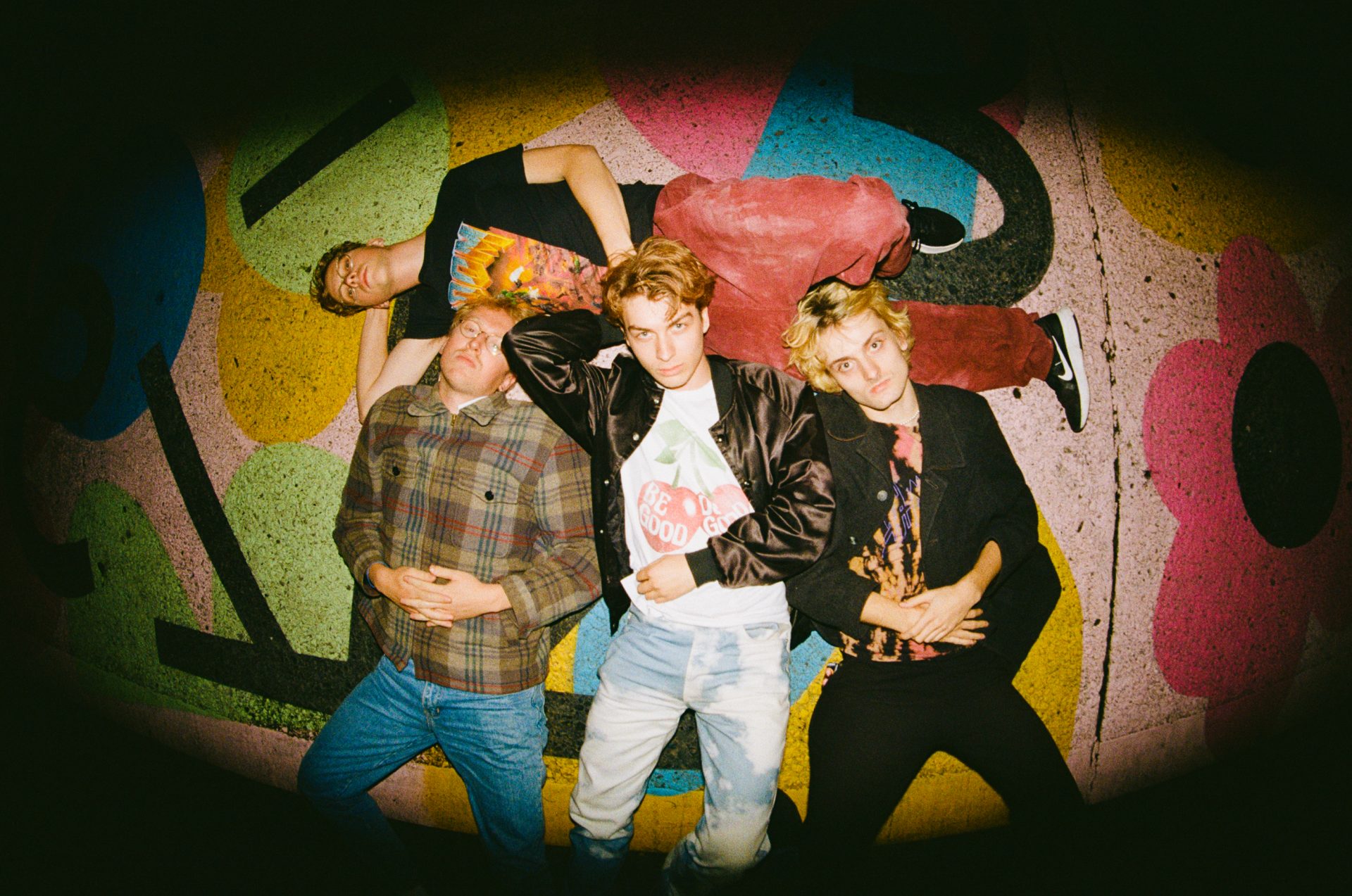 We put together a quick pop questionnaire for the acts playing the Dive Bar, so we could all get to know a little bit more about them. Here’s what we got out of Banji.

Hello! Who are we speaking with and how’s it going? What are you up to today?
Hello! This is Jasper, the dude behind the drums. Very nice to meet you and I’m doing great. Today is my first day back at work after coming back from our UK & France run. Still adjusting a bit, haha.

It’s nice to have festivals properly back, isn’t it? What have you missed most about the whole festival experience?
It really is, we realised after doing our first post-COVID festival back in the Netherlands. You become incomplete without noticing and suddenly you’re on a festival and you’ve found this piece of you that you never even knew was missing. The thing I missed most was being able to meet new people and make new friends.

How do you prepare for spending summers on the road going from field to field?
How do I prepare? I’m mainly just hyped, and I try to catch as many other bands as I can for inspiration (purely work-related, of course, I would never ever go and watch music just because. What for?? Fun??? Ewwww). Oh and another thing I do is pack my hay fever pills, otherwise those fields would be a whole lot less nice to visit.

How would you rate your camping skills out of 10? Are you good at putting up a tent?
I’m definitely at a solid 9. I used to be in the boy scouts. And those were real tents. These things people call tents nowadays, you just throw it into the air and it pops into shape. That’s no challenge! No, back in my day tents were big pieces of canvas and thick metal rods. You had to redo them 3 times before they stood right. It was hard, it was work. And when you were done you knew you were in for a good night’s sleep even if your air mattress had a leak and Eric put your sleeping bag into a puddle ‘by accident’.

What’s the biggest camping / festival disaster you’ve ever experienced? Any fun stories?
Well, after falling asleep in that wet sleeping bag and sleeping like a log, I woke up with rain falling on my face and wind blowing me off my already deflated mattress. Apparently the whole tent had been blown away by a storm in the night and we just slept through all of it. I think Eric forgot to secure one of the lines. After that the camp was cancelled. When I got home I quit the scouts, and decided to focus my attention on music.

You’re playing The Dive Bar at Standon Calling this year – are you going to catch any other acts while you’re onsite?
There’s so many cool artists I’m hoping to see such as Dry Cleaning, Ezra Furman, Olivia Dean, Sipho and Swim School, but I’m also super stoked to see icons like the Sugababes and Grandmaster Flash.

Do you have a favourite Dive Bar (besides Standon Calling’s, obviously)
I’d never heard of the term, but I think Café Willem Slok in our home town of Utrecht would be the one. We often go there after shows or tours, no better way to end it.

If you were booking your own festival, which acts would you want to headline?
Other than ourselves (obviously), I’d like Snoop Dogg to come do a show. And Bon Iver, because that’s been the most amazing festival headline show I’ve ever witnessed. That would be the weirdest line-up of all time but people will love it.

Will you be entering the famous Standon Calling Dog Show?
More of a cat guy I’m afraid.

Standon’s theme for the Costume Parade this year is Who Let The Toys Out – what do you bring on tour to keep you entertained and occupied on the road?
I always bring my 10-year-old iPad, with on it all the Lego Harry Potter games. Those aren’t available on newer devices anymore but they are the best iPad games ever made. They should re-release those for the newer devices. What will happen when my old iPad eventually dies? I think this issue deserves more press.

What makes for a good festival set, do you think?
A good set is definitely a combined effort with the crowd. A great audience makes a band play so much better. And lasers always work I think, but we’ve never had the budget.

Festivals aside, what else are you working on at the moment?
We’re very excited to drop our debut album ‘Freshcakes’ on October 14th (pre-orders on our website – sorry for the shameless self-plug). The songs and mixes are done but we’re working very hard to tie all the last pieces for that together and prepare for this giant step mankind is about to take.

Is there anything else we should know?
We’re not named after the dinosaur, and neither are we named after the ‘Be Authentic Never Jeopardize Individuality’ movement. But we fully support both and wish them the very best.