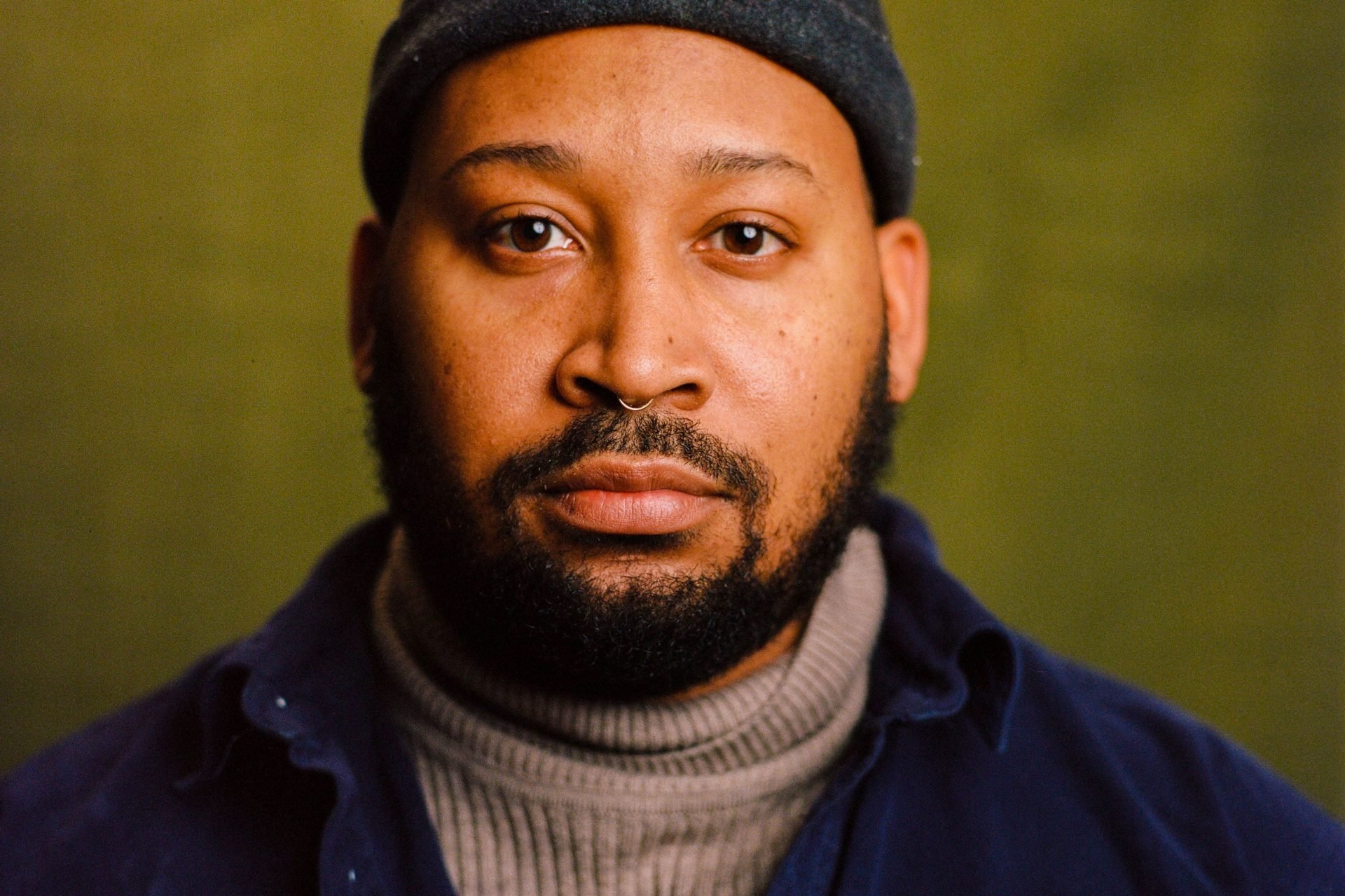 Bartees Strange: “I didn’t even plan on making this album”

Most people don’t start their second album before their first is even properly out, but Bartees Strange isn’t most people.

The story of Bartees Strange’s creative adventure is never-ending – at least until he decides as such. “It’s never-ending until I end it one day,” he chuckles. “I’ll be like, ‘That’s all I wanted to say’. But I’ve got a few more things first.”

Initially started in October 2020, just as his excellent debut ‘Live Forever’ was released, it was in November of last year in London that the rest of the album came together at his label 4AD’s legendary studios. “I didn’t even plan on making this album,” he explains. “I was focused on a different one, and then it just kind of happened over the course of a year and a half. Bit by bit, it came together.”

Getting started on his next step before his first hit the ground meant that the success that followed ‘Live Forever’ made no real impact on him creatively. As anticipated, though, things did change after his debut’s release. He quit his job, signed to 4AD, and has been touring with acts he’s looked up to for decades. But the most significant change on this roll call is “my opinion of myself,” he says.

Where ‘Live Forever’ gave a glimpse into the places that made Bartees, here he invites us closer. ‘Farm To Table’ is a further introspective look into its creator.

“I definitely feel more capable. There are things I’ve always wanted to do that now I feel like I can. That transition is a big part of ‘Farm To Table’. I’m from a rural southern part of America; my family are all from that part of the country, too. They’re all great people and great artists and very hard workers, but none of them has had success at this level. And so marking this transition, it’s like, from farm to table. I used to live in the country, but now I’m at the table. I’m trying to be conscious of all these new people coming into my life, but also some of the old people that make me who I am.”

This comes through in the striking artwork. It’s hard to argue with an age-old phrase, but while you can’t judge a book by its cover – as Bartees nods – “the book does have a cover.” A collage of images of Bartees through various ages, including holding his first-ever guitar, and landmarks from his hometown. “I wanted people to get to know me through this record in a deeper way,” he confirms. “And the album cover is, me and my family, my dad, UFOs, the water tower from my hometown, the rural areas. This is my background, where I’m coming from with this shit – I want people to look at it and be like, ‘this is him’.”

It’s a record he needed to make. Now 33, he’s been interning and working various jobs since the age of 18, including a stint in political desk jobs, all the while playing in bands at night and “touring his vacation days away”. ‘Farm To Table’ sits alongside ‘Live Forever’ as bookends for who Bartees Strange is, was, and always will be.

“I think that starts with showing people where you’re from,” he reckons of being able to be so personal in his offerings to the world. “And just wanting people to know who I am. There aren’t a lot of people in my position who look like me from where I’m from. I grew up in Oklahoma, right? Not a lot of Black people live out there, and not a lot of people make it out. Even my white friends, they don’t ever leave – like, nobody leaves.

“Whether you’re from like a rural area, or you’re the only queer kid in your town, there are a lot of people who deal with this vibe of feeling trapped, and I felt like that. So when I make music, and as this grows, I just hope that those people can see that in themselves. To be like, ‘Oh, shit, this guy kind of felt like I felt, and he figured it out’, you know? That’s why it’s so important for people to know who I am, where I’m from and where I’m coming from. That’s why I wanted to be so honest with this record.”

It hasn’t always been easy for Bartees to be this open. Recalling his mid-twenties, he admits he didn’t know what he was doing, but now? “I’m like yeah, this is who I am!” he beams. “And I can look back and say I’ve always been this way, but I’m a lot better at being who I am now.”

One of the more striking moments of ‘Farm To Table’ comes from ‘Cosign’, a track which finds Bartees listing off all his accomplishments, from tabloid-fodder tour mates to famed indie label heads. It’s not a move most bands make, so how did Bartees make it seem so easy?

“I’m very into history, right?” He begins, a fire lighting in his eyes. “And historical precedent for things. I feel like at some point, rock and roll and alternative music, it became a lot more introspective. People stopped bringing this larger than life attitude to it. And rappers started doing it – rappers became rock stars. And I’ve always wanted to be like, well, that’s cool, but I would love to see more rappers in rock. I want that.

“I missed that attitude being in rock music. I thought that ‘Cosign’ was a cool opportunity to bridge that thought. Also, I was at a stage where I’d just come off tour with Phoebe Bridgers and Lucy Dacus. I had a month off in London to finish this album, and after that month, I was going on tour with Courtney Barnett, and I was just like, ‘This is so sick!’ I can’t believe I get to do this. That song came purely from that vibe of just being like, man, this is fucking rad.”

It’s a refreshing sentiment in a world that can often err on the glum and moody side. And while Bartees’ music can touch upon the reflective, the one thing it is not is sad. This is all by design. “I’m not really into making sad records,” he explains. “It’s good to have triumphant vibes. You can still win even when things are bad. It’s easy, especially these days. With climate change, COVID – there are so many existential things that threaten happiness. But at the end of the day, all you can control is you.”

This is all to say, Bartees Strange is in control. This is his story, and he’s let us in on a helluva lot across two albums, both striking and incredible in their own ways. ‘Farm To Table’ propels itself forwards with a driving bite before easing off the pedal slightly for the closing sentiment of ‘Hennessy’. Focused on the spectrum of feelings that bounce around inside of its creator, when it comes to his second outing, the only thing that stands out is what it means to him. “I remember looking at it at the end,” he recalls. “And being like, wow, this is an accomplishment I’m proud of.” ■

Taken from the July 2022 edition of Dork, out now. Bartees Strange’s new album ‘Farm To Table’ is out now.