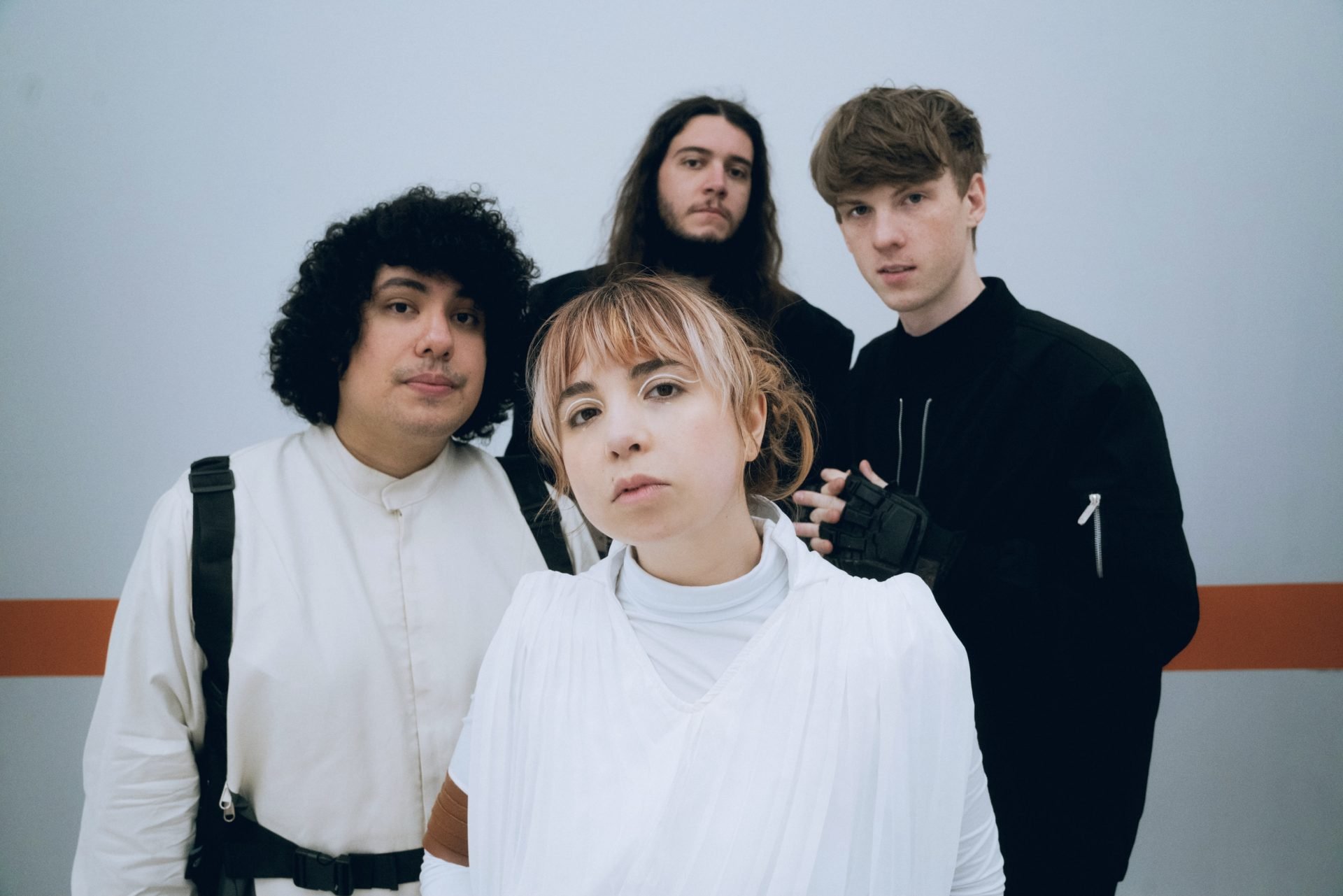 Beach Bunny: “I was consuming a lot of sci-fi media”

Unlikely TikTok sensations, there’s much more to Beach Bunny than their viral success would suggest. With new album ‘Emotional Creature’ providing the depth the title suggests, we caught up with chief songwriter, vocalist and guitarist Lili Trifilio.

Plotting the next step on their musical odyssey, Beach Bunny have gone galactic with their second full-length, ‘Emotional Creature’. Shortly after a brief trip to England, the band’s chief songwriter, vocalist and guitarist Lili Trifilio is calling in from the comfort of her bed in Chicago, Illinois to ask why London has so many Pret A Mangers. It’s a fair question.

Starting out as Lili’s solo DIY project back in 2015, Beach Bunny’s rise into the dream-pop higher order has accelerated at a rate of knots. It’s partly thanks to TikTok, when during the first lockdown, the title-track from their ‘Prom Queen’ EP was a massive hit on the app. “It became a very viral moment,” Lili explains. “I didn’t really know what TikTok was even, but people on other social media kept being like, ‘Oh, did you know this song’s going viral?'”

In the space of seven years, Lili’s bedroom band had developed into a full four-piece and now garners a global following. “I almost was annoyed because I felt like now people won’t take the project seriously. It’s gonna become like an internet project thing. But then shortly after, I got over that, and I was like, ‘This is amazing!'”

It soon became clear that Beach Bunny’s popularity was far more than a flash in the pan. Now with more than a billion streams worldwide and a crazy set of international tour dates ahead of the new album, it isn’t just the fanbase that has developed. This second album sees a huge progression in the band’s emotional depth, with lyricism that charters new frontiers of vulnerability and a sound that has become more polished and precise since their debut.

“Over the pandemic, I was playing a lot with synths, just in my free time, I didn’t know if they were gonna get used,” Lili reveals. “Trying different instruments when I was bored in lockdown. When we got to the studio, it made me want to be more experimental.” Packed with layers of sonic artefacts, ‘Emotional Creature’ makes the most of every inch of space.

“Usually, I’ll make some acoustic demos, and in the studio sort of explain the vibe of the song,” Lili explains of the album’s development process. “With ‘Honeymoon’, there was a lot more jamming prior, but because of Covid, it was sort of like ‘Let me email you a lot of things and explain myself as best I can without playing the music together.'”

Despite the album seeing its first stages of development with the band separated, the result is a vibrant and lively mix of tones with a remarkable depth of sound. “I’m lucky that the guys in my band are very receptive, and we’re not fighting over the songs or whatever,” Lili laughs. “At this point, we’ve been a band together for a few years, so there’s a lot of unspoken things that happen in the studio. People know to make the music fit the song and not have our egos involved.”

With a healthy dose of synths underpinning the record and the occasional hit of horns, there’s an undeniable presence of science fiction in the record, even down to the cover art that almost harkens back to B-Movie posters or Alan Moore’s Watchmen.

“I was consuming a lot of sci-fi media,” Lili admits. “Now, in retrospect, I’m like, ‘Was that me trying to escape my room in a way?'” Since the album was written during the first lockdown of 2020, when Lili was living with her parents, the feeling of escape is rife throughout the record.

At the centre of every song, the album seeks to reconcile an unavoidable truth about people; we all have feelings. “One of the themes I’ve noticed, since re-listening, is having a lot of shame toward being emotional and realising, now where I’m at, I don’t carry that anymore,” Lili recounts on how her own perception of the album has changed a year after writing it. “Everyone has feelings, but I think being vulnerable can be a hard part of the human experience.”

“With the first album, you can tell it was really zoned in on a break-up,” Lili says, trying to explain the heightened maturity of ‘Emotional Creature.’ “I feel like I have a wider range of thoughts and emotions than when I was writing that.” This album sees a plethora of themes explored, each with an excitement that makes sharing in Lili’s experiences remarkably enjoyable, even when the tone dips to a sad one. “When I compare ‘Cloud 9’ to ‘Love Song’ that’s at the end of this album, I’m like ‘, Okay, I’m using some more creative word choices, good on you!'”

Beach Bunny are far more than a soundtrack for a break-up, now boasting anthems of empowerment that wear their heart on their sleeve with pride. In ‘Weeds’, Lili sings, “Take another piece of me, not my problem”. A moment of growth as she recognises the ways her insecurity has hurt her in the past. “I was like, ‘I am so tired of being this way’,” she recounts. “I’m cool in my own way. Things don’t work out sometimes. You can have all these big emotions, but at the end of the day, know your worth and… it’s okay!'”

Thanks to Beach Bunny, we no longer have to hide our feelings. With this album, we can flaunt them and take pride in being ourselves. After all, we’re just emotional creatures. ■

Taken from the September 2022 edition of Dork, out now. Beach Bunny’s album ‘Emotional Creature’ is out now.