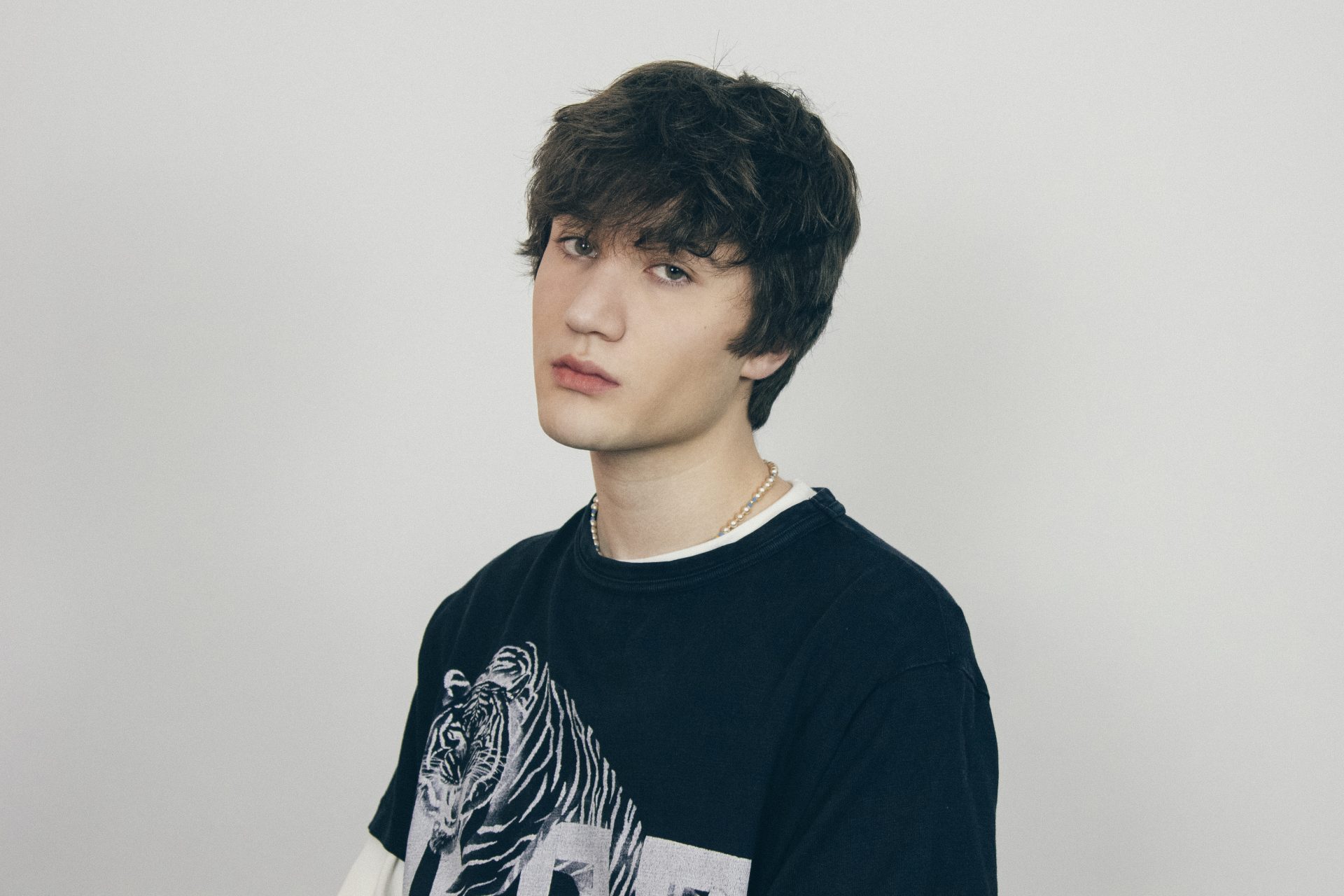 If you had to guess how a chap with EP titles like ‘I Don’t Want To Make It Alone, I Want To Make It With You’ and ‘a love letter to the moments spent outside’ got signed, your first suggestion would of course be ‘by hitting up The 1975’s manager Jamie Oborne’, right? Obviously. He-of-lengthy-titles, beaux got in touch after seeing the band headline Reading Festival, and in a story fit for a Netflix special, soon inked a deal with Dirty Hit. Now with a couple of EPs under his belt, he’s quickly establishing himself as one of pop’s most interesting newcomers.

Hey, all is well, thank you! I’ve had a pretty good 2021 so far, very happy to see the vaccine rolling out. Hopefully, that’s a positive sign for the rest of the year. I’m keeping busy at home, working on a lot of music; I’m just grateful that I’m able to continue my work during this time.

What first sparked your interest in music? Can you remember your first-ever favourite song or artist?

I was in my school choir from around the age of six; I always really enjoyed singing, although I spent a lot of the time getting sent outside the room for talking, which I’m still bitter about.

The earliest memory I have is a DVD of Queen performing live, and I watched that all the time, so they were definitely a big inspiration. When I was a little older, my brother introduced me to Green Day, and I got pretty obsessed – I watched every documentary and interview that I could find. When I was about eleven, I would wear a black shirt with a red tie, studded belt and eyeliner, with my guitar hanging really low down to look like Billie Joe, haha.

Have you always wanted to make music too, or did that transition come later? Does songwriting come easily to you?

I’ve always been very passionate about music; I got involved in what I could through my school and then started using social media to share covers, and finally, in 2019, I began writing and producing my own music.

Lyrically, I think songwriting does come fairly easily, mostly because I’m just documenting my life as it unfolds; I’m essentially just writing out my thoughts. Likewise, melodically, I don’t really have much formal understanding of music; I just make the ideas that I hear in my head based on the fact that I think they sound cool.

What do you most enjoy writing lyrics about?

I enjoy writing very literally about my life. I don’t really like making things too vague or abstract; it feels insincere and inauthentic to me. I guess there’s an argument that being too specific makes a song less relatable to those who listen, but I think it’s the opposite – we watch TV shows and easily relate to characters, even though we’re watching something that couldn’t be more specifically about them we still find a way to relate their circumstances and characteristics to our own.

What inspired you to start putting covers on YouTube?

As a young kid, I had no clue how to get into the music industry. I’d seen other artists reach an audience through social media like Shawn Mendes and Justin Bieber; they made it seem possible to build an audience from home, so it was a no-brainer for me to try and do the same. Also, aside from career aspirations, I’ve just always enjoyed having a creative outlet and getting instant feedback.

Tell us about your new EP – how did ‘a love letter to the moments spent outside’ come together?

I made the EP at home during lockdown last year. After a bit of messing around with a new synth I’d bought, I had an idea to create a project with an overarching peaceful, nature-inspired vibe. From there, all the songs came together really quickly. Even though the world felt like it was at a standstill, I just felt so motivated and inspired. I think the fact that I’d recently been signed based on my first EP, gave me a big confidence boost in my abilities as a songwriter and producer, I felt a lot more sure of the choices I was making, so I wasted less time changing things and just got on with it.

What else are you working on at the moment?

I’m actually mixing my third EP and just sorting out the finishing touches on that project right now. Lots of EPs flying about!

Have you got much ‘in the diary’ for the rest of this year?

I’m planning on releasing a LOT of music, starting with ‘a love letter to the moments spent outside’, and I’m going to spend the rest of my time writing more for whatever project comes next after these EPs. I’d love to do some shows, but obviously not until it’s safe, so we’ll see! Outside of music, I’m just really looking forward to summer, and hopefully being able to spend time with friends and do more normal things again.

Tell us a secret about yourself?

I always say that I’m great at looking after my plants, but I’ve killed three cacti…

Taken from the April 2021 edition of Dork, out now. beaux’s EP ‘a love letter to the moments spent outside’ is out now.