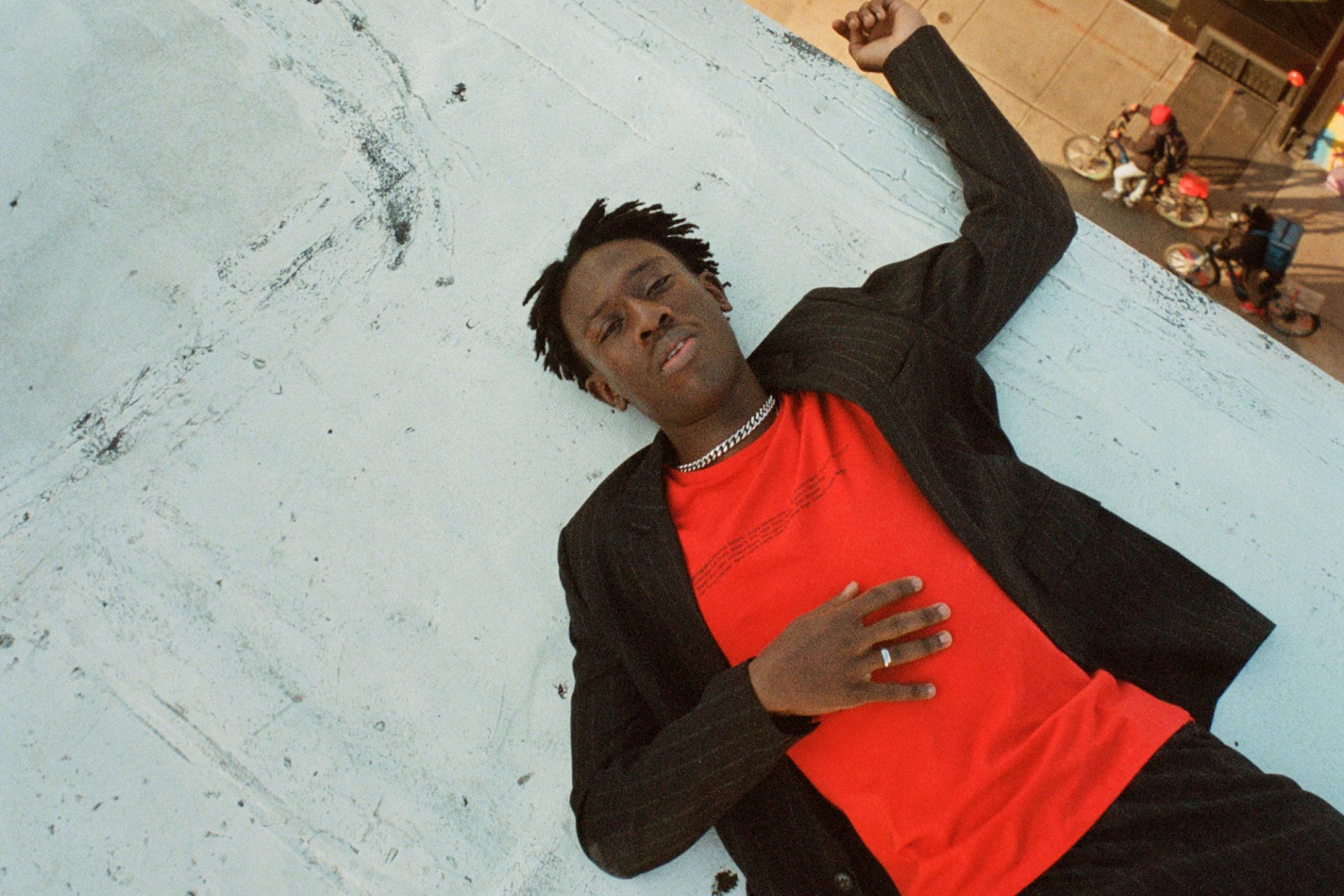 binki: “I’m not a very musical person at all; I have terrible rhythm”

binki has an interesting story. Starting out in Pennsylvania, he initially studied acting at UNC Greensboro before moving to New York, where he began dropping the kind of catchy, instantly likeable singles that soon picked up a cult following. Having now inked a deal with Fader Label/Caroline, he’s showing what he can do on debut EP, ‘Motor Function’.

Hi binki! How’s it going? What are you up to today?

I’m well! I’ve just had lunch. I made myself a salad drenched in Caesar dressing, paired with some Tyson chicken nuggets. It was awful. Before that, I went skating in the park. Still just starting, but I’ve been practising a lot lately. Think I’ll go thrifting in a bit, and I’m supposed to link some friends in Brooklyn later tonight.

My interest in music really started to blossom in college. I’ve always been a music fan, but live music was never a part of my life. Until college. I was a theatre major, and we would link with the music kids, so I would just find myself at house shows more and more. It would be me front row enjoying it way more than was warranted for how good the bands were. I just wanted to be playing gigs. Essentially, I started making music so I could play house shows.

How did you make the transition from listener to musician? Was there a specific point where you realised you could have a go at it yourself?

The first time I started writing was on a long road trip. Through sheer boredom, no doubt. Noodling around on my jailbroken iPod touch, I just started making my own lyrics to whatever song I was listening to at the time. The product was not good, but I do remember feeling like, “Oh, this is a thing I can just do.” It demystified the process of making a song for me.

Tell us about your debut EP – what’s ‘Motor Function’ about? Where did it come from?

‘Motor Function’ came from the depths of an incredibly discouraging and fruitless period of time in the midst of the quarantine. It’s truly a miracle I came out with an EP. A good bit of the ideas and sounds surrounding the project came together on a trip to LA I took last August. I had writing sessions every day. I think the second day I met with Nate and we made ‘Revolve’. That one really encapsulates a lot of the ethos of the project. After we had that down, I could kinda see where to go from that. I had more sessions back in NYC with Slaters, and then Chasen would send me beats periodically, and eventually, I felt like we had something that felt like a project. We sent the demos to Justin and Jeremiah, and they really took these songs to the next level. I’m so happy with how it all came together.

Do you have a favourite location to write music? Where do you feel most inspired?

I really love to be active or at least on the go when I’m writing. So like biking, walking, or even just in the back of a car or subway. I think something about having stimulating things going on around me is just conducive to my process.

Are you creative in any other non-musical ways?

I’d actually say I’m not a very musical person at all. It’s never come easy to me, like I have terrible rhythm. I’m not great at drawing or like painting either, although I want to start painting more. I’m like a jack of no trades. However, I’d say it gives me a leg up in certain ways. My nativity keeps me flexible, and I’m very open to collaboration.

Is the music community very different from the acting one?

I’d say they’re very similar communities. And historically, there’s a lot of crossovers. I think the music community is a bit more pretentious and closed off, though.

What prompted your move to New York? Did you already know people there?

I wanted to move to NYC shortly after I started doing plays in high school. I moved a few months after graduating college, and I didn’t really know many people, although my brother Brian was living here at the time. I knew I had to move quickly before I got too wrapped up with life back home.

What’s your favourite thing about the city?

My favourite thing about NYC is the people. New York will always shift, and neighbourhoods will become wack, but the people will always be interesting. It just draws a particular type of person I feel.

What do you do for fun?

As of late, I really like taking walks by myself. Also, going to the movies alone. Sounds kinda sad, but that’s really how I want it to be.

What are you working on at the moment? Do you have lots of plans?

I’m heading back to LA for a few weeks, and so we’ll see what happens! Also been doing auditions more, so I’m trying to get back to the acting stuff. I have a lot of free time. P

Taken from the September 2021 edition of Dork, out now. binki’s debut EP ‘Motor Function’ is out now.