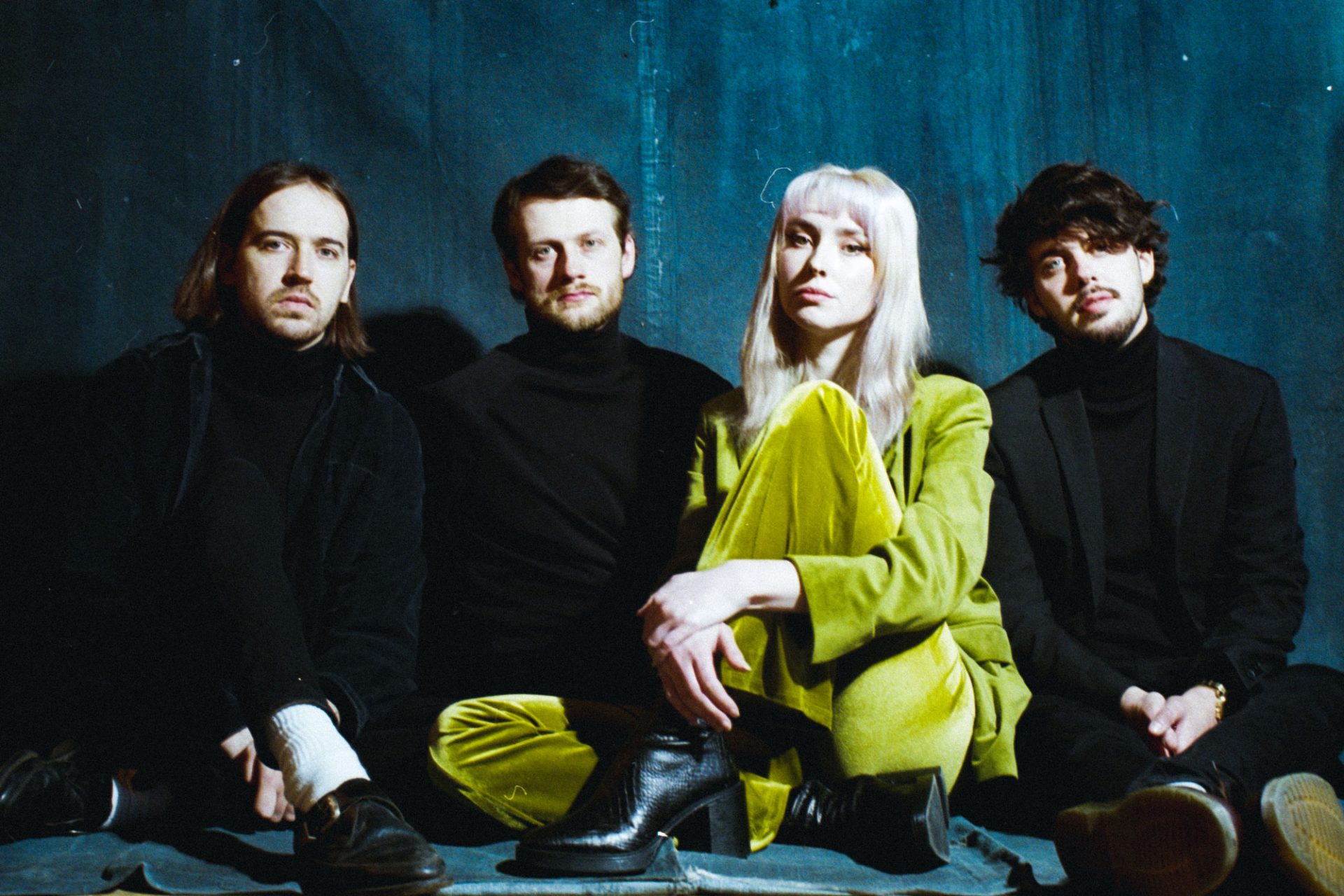 It’s not often we’ll say this about a new band, but Bleach Lab are truly special

Loads of bands are great. Some are even important, but few come out of the blocks already feeling special. Bleach Lab do, though – which is worth getting very excited about indeed.

It can be seen as a bit reductive to simply compare new bands to their more established peers. A lazy shorthand used to put intricate, original creative endeavours into tight little boxes, already defined by someone else. And, in a way, that’s true – but that’s not what we’re about to do here.

See, your good friends at Dork have been doing this new music thing for quite a while – even longer than the magazine you hold in your hands has been ‘a thing’. We’ve seen bands come and go, fade away or rise to the very top. Without tooting our own metaphorical horn, we’ve been there early on some ‘big’ names. So, when we say Bleach Lab’s new EP ‘Nothing Feels Real’ is the first time anything has so strongly recalled the first time we heard those early EPs from everyone’s favourites Wolf Alice, it means something. To us, anyway.

That’s not to say Bleach Lab are simply an iteration on another successful band. They’re not. What it means is that they’re sprinkled with the same ethereal fairy dust that most others simply aren’t. An indefinable, hard to pin-point magic that draws the listener in and makes them feel like they belong. One play through, and we’re more than willing to ride or die. They matter. That doesn’t happen often. We caught up with the four-piece to get an early introduction.

Hello, Bleach Lab! Your new EP ‘Nothing Feels Real’ is Really Rather Good, but it also deals with some real, weighty topics. How much of yourselves do you put into the lyrics?
Jenna Kyle (vocals): Thank you! Yeah, I think we’re definitely becoming quite good at writing tracks that are pretty catchy (in our opinion) but if you sit and actually listen to the lyrics, they certainly are very weighty indeed. The EP gives an insight into our deepest and darkest personal thoughts, which we know a lot of people will relate to. It touches on various things, mental health and relationships, featuring some very personal tracks.

Do you sit down intending to write about certain topics, or is it more a case of where the music takes you in the moment?
Jenna: It really depends. Sometimes a riff Frank comes up which can trigger a certain memory or thought, which leads to wanting to tell a certain story but we do have our main topics that we relate to very strongly and want to explore, like relationships (romantic and otherwise), mental health experiences, love, loss…
Josh Longman (bass): Music is more in the moment. I never pick what I start to write about. It morphs overtime and I create an image in my mind of what I want to write about and create a story that fits the imagery in my head in a sonic way.

It’s produced by actual living legend Stephen Street. How did that come about?
Jenna: We have always been such big fans of the music Stephen has produced but never did we think we would get the chance to work with him ourselves but after someone directly compared our sound to the Cranberries we thought ‘what’s the harm in reaching out?’-Lucky enough, he loved our ideas for upcoming EP and agreed to come on board.

Does working with someone who has played a part in so many classic records make you up your game in the studio? How was the experience?
Frank Wates (guitar): It definitely made us prepare more thoroughly. When we’ve recorded in the past it was over a long time, so we were able to get away with being a little underprepared. This time we had to work to a very tight schedule so didn’t have that luxury. I think one of the things that made the whole thing work so well was that we spent time discussing and finessing the songs with Stephen before we’d even gone into record. It meant we ended up making some pretty big changes, but it also meant that everything flowed so easily when we were in the room together. We’d had the opportunity to think things through properly so there was no need to overthink as we recorded – something that some of us are often guilty of doing.

It’s been a weird old year for bands – especially new ones – you’re starting to be able to get out and play shows again now, how is it going so far?
Jenna: It’s been incredible! We were obviously on the edge of our seats like everyone else, just waiting to be able to get out there. We’ve been playing a fair bit up north, which has been really fun and quite surreal that some of our first gigs are being played so far away from home but every city so far has made us feel so welcome. We are playing headline shows in both Brighton (which is where I live) and London (where the guys live) in October, so we are very excited for that.
Frank: Yeah, it’s been very difficult for any new artist! Playing shows, from our recent experience at least, has been the best way to find new fans so it really has felt like our ability to grow was put on ice for the last 18 months. But the progress we’ve made since getting back into playing shows has been amazing and spending all that time writing, rehearsing, and planning means we were probably better prepared to play shows to a new audience than we ever would have been otherwise.

What inspired you to first get into making music? Was there a particular record or band that gave you that initial push to give it a go?
Jenna: For me personally, there had never really been anything else. It’s something I was passionate about from an incredibly early age and I’ve never really strayed away from that path.
Frank: It’s hard to say as I’ve gone through a number of bursts of wanting to make music throughout the last 10 to 15 years. Though I think the record that really pushed me to start on the journey which eventually led to Bleach Lab was probably ‘Lonerism’ (Tame Impala). I only listened to it for the first time in around 2015/2016 and I remember how it helped to precipitate thoughts about making music and where I could go with it.

Are any of you creative in non-musical ways too?
Jenna: I love to paint and draw, whether I’m good at it or not is obviously up for discussion. I’m always exploring other creative paths, for example, I am waiting to enrol on a pottery class. Perhaps I could single-handedly produce an entire line of Bleach Lab merch mugs if it goes well.
Kieran Weston (drums): I’m quite into film photography, and love going out and shooting with one of my 35mm cameras. Unfortunately, I don’t get much time for it these days but I’m really looking forward to documenting the next few months of shows and other band shenanigans on film.
Josh: I dabble in short stories and poetry in my spare time (which I rarely get). I also am a mean duelist at yu-gi-oh!

What’s the plan after this? Is it time to start talking about albums yet?
Frank: It’s certainly something we have thought about but we won’t do an album until we are also absolutely ready. That’s not to say that being ready won’t come soon, it may well. I think for now the focus is on our shows that we have coming up, and then on to our UK tour in February/March.

Taken from the November 2021 edition of Dork, out now. Bleach Lab’s EP ‘Nothing Feels Real’ is out now.