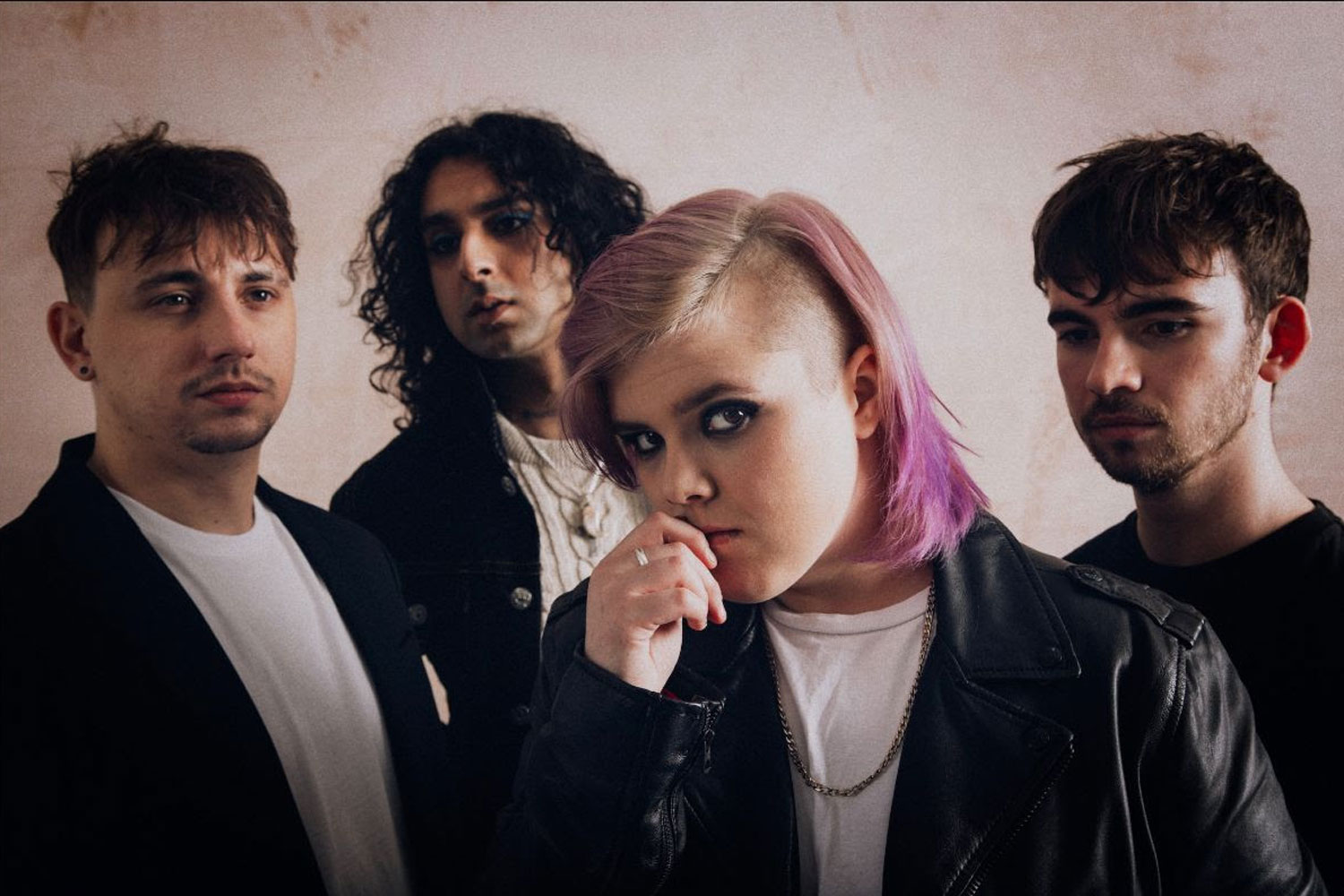 Bloxx: “There’s only so much you can do as a band through lockdown”

With a new EP, Bloxx are following up on last year’s debut album with their best foot forward.

These are weird times, Dear Reader. Culture on pause, whole sections of the infrastructure that surrounds a band stalled for over a year now. For some, it’s been relatively simple – they’ve just hunkered down and waited for it to pass over.

Take Bloxx. Last year was always going to be the one for their debut album. They’d been building up to it for a while. A pandemic didn’t change the fact that it had to come out – even if the band couldn’t play it live, tour it properly or take it to festivals.

So while ‘Lie Out Loud’ might have had a great response from fans, in many ways it’s an unfinished story, and time doesn’t stand still. That creative urge still needs itching – which is why, before they’ve even been able to close that chapter, the band are back with a brand new EP. Due to land this August, we called up Fee from the band to find out just how strange it’s been.

Hey Fee, how’s it going? What are you up to today?
Hey! Not bad at all! Just writing and taking it easy this week!

So, a new EP huh? What can you tell us about this one?
Well this is purely a lockdown, home studio adventure that me and producer Rich Turvey did over the course of a few months. It was interesting because this is sort of the first time we’re releasing something we haven’t played out yet! It’s quite a tongue in cheek EP about the trials of life, it’s about pop culture, and the things that we as humans experience day to day in this modern era! There’s a song I wrote on there called “Emily” which is about the trials of addiction and that’s another thing we’ve all had to deal with at some point or another.

Given you dropped the album in the middle of a pandemic, you’ve not been able to really play it live properly yet. Is it weird to go into this as a band pre-debut and be coming out the other side already moving on to the next thing?
Yeah it’s so strange. That album basically never saw the light of day, and some of it might not ever because it’s been so long since the drop, and new things are happening that it makes the set list even harder to comprise! It takes a good few shows to feel like the new songs are going down well with fans, so it’s strange to not have experienced that yet!

How does that influence the choices you’re making with new material now, given you’ve really only been able to see the fan reaction remotely?
We’ve just had to keep moving. There’s only so much you can do as a band through lockdown. I made a conscious decision to try to carry on just writing how I used to write, and how we used to play it out in rehearsals. It definitely allowed us to be a bit more serious with our topics, and themes. Especially with ‘Everything I’ve Ever Learned’ and ‘Emily’ because they were things that really came to light in lockdown!

On the strength of ‘Everything I’ve Ever Learned’, it feels like you’re really embracing those pop urges on this one. Obviously they’ve always been a part of Bloxx’s sound, but is this a new ‘era’ for the band, or more a case of trying things on for size?
I always thought we were channelling a bit more of our guitars this time but in a poppy way. We’ve never been afraid to just write what we feel like writing, and release what we thinks good. I think me and Rich found a working sound together over lockdown, as he produced it and I helped with co-prod slightly. I think it’s sort of cohesive indie-pop. Which kind of helps the theme of the EP.

Any other musical influences currently floating your boat creatively? We saw you tweet about country hits. Are Bloxx about to start arriving to shows on horseback?
I’ve been doing a few writing sessions, that err on the side of pop and things that won’t necessarily be for BLOXX so sometimes I do get influenced by that I guess.
But I’m still listening to the same sort of thing, The Band Camino and PVRIS being my latest sort of sonic influences. Country in the form of Kasey Musgraves is the only acceptable answer here. And horseback would be cool, I’ll talk to the label.

Presumably a lot of that time you would have spent touring has gone into writing. Is there more new stuff in the banks already?
Yes, it’s been a long year but you know. There was a time where I thought I had the second record ready. Maybe we still do, but we want to save some of the tunes for now

The ‘Everything I’ve Ever Learned’ video saw you going back to college. That’s got to feel a bit weird? Be honest, were you just trying to flex being a big pop star now at your old teachers? No judgement.
It was great, because that song meant a lot to me last year, getting through lockdown with an eating disorder and addictions was nearing impossible but this song got me through it when we wrote it, so we really wanted to take its sentimental value to the next level, go back to where Bloxx started and really make it personal. I think it was quite an emotional day in some ways for me and Taz.

The EP is dropping right before Reading & Leeds. Fingers crossed that everything goes to plan – that’s going to be pretty nuts. It seems pointless to ask such a stupidly obvious question, but how excited are you to get back to it?
I can’t tell you how much we just NEED to get back to it. Excitement, anticipation, pure fiending for it. And there’s more live stuff to follow before the end of the year too.

After a year with so much new stuff, that’s going to be the payoff, right?
Hopefully! We’re hoping these tunes resonate with everyone and anyone live and at home.

Taken from the June 2021 edition of Dork, out now.