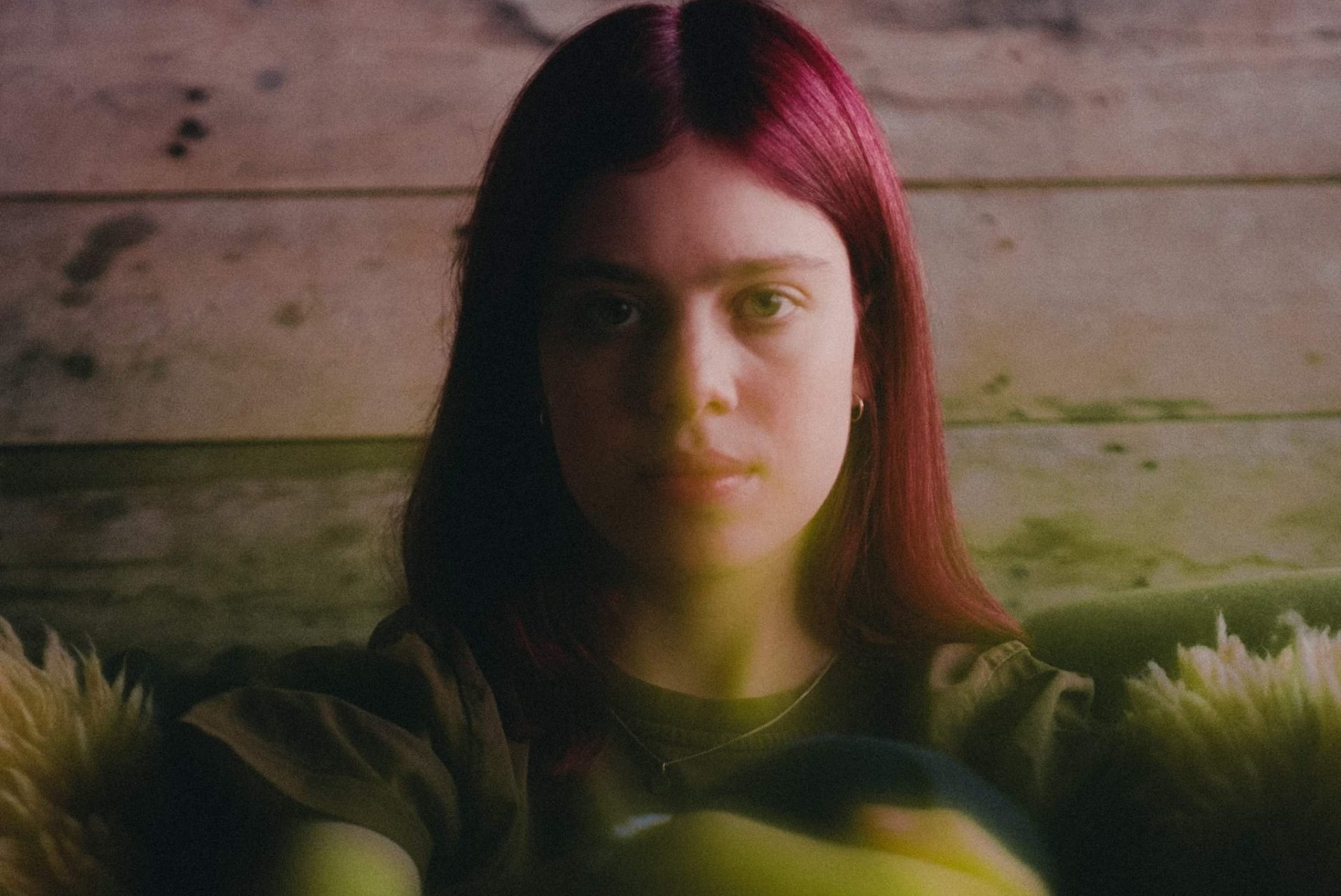 Bonnie Kemplay: “For as long as I can remember, I wanted to be someone who wrote songs and sang them”

Freshly inked with The 1975’s Dirty Hit label, 2023 has big things in store for Bonnie Kemplay.

Bonnie Kemplay is more than a bit special. You only need to listen to about five seconds of her intimate and raw yet musical expansive songs to realise that we’re dealing with a rare talent. With her forthcoming debut EP, ‘Running Out Of Things To Say, Running Out Of Things To Do’, the Scottish artist is making a significant statement of intent as a British contemporary of the wave of acclaimed and beloved US indie pop icons like Soccer Mommy and Clairo. What’s even more exciting is there’s even more to come. “I don’t feel like I’ve fully discovered what my sound is,” says Bonnie intriguingly.

From a very early age, Bonnie was destined to be a musician. With a deeply musical family, including her jazz guitar playing dad and songwriting brother, the Edinburgh singer-songwriter honed her craft by originally playing covers before she even reached the age of 10. “I feel like most people start by just covering stuff,” she explains. “In a way, songwriting is subconsciously imitating people. Covers are just consciously initiating people by singing their songs.” The first song Bonnie can remember covering is ‘Fast Car’ by Tracy Chapman, and it’s fitting that she launched her pop career into the stratosphere with a spellbinding cover of The 1975’s ‘If You’re Too Shy (Let Me Know)’. The goal, though, was always to develop and write her own songs despite a few bumps along the road. “For ages, I just played guitar because I found the idea of singing really humiliating,” she admits. “I got over my fear. I found songwriting really difficult for a while, though. My brother was really into writing songs. He wrote tons of songs, so he encouraged me to start writing. I went to this community club called Totally Sound, and I had a guitar teacher there called Fraser, who was very encouraging. I started writing properly when I was 14. Very bad songs at first,” she laughs.

Gradually Bonnie obtained experience performing whole busking in Edinburgh during the famous Fringe festival and began to realise that hold on, maybe I can actually do this. “It was something I’ve always wanted to do. For as long as I can remember, I wanted to be someone who wrote songs and sang them. As far as confidence goes with it and feeling like I can do it, I think that came around 15 or 16. I liked my songs at least, so that was a start, and I guess it went from there.”

All these formative experiences have been poured into her debut EP, which contains songs going right back to her early teenage years and chronicle her experiences studying at City of Edinburgh Music School and then the Royal Northern College of Music in Manchester. Bonnie has certainly been putting the work in. More exposure to a wider variety of sounds and styles broadened her musical palate and encouraged her to experiment a bit with her songwriting which you can hear in all the little expansive nuances that adorn her delicate, introspective songs. Bonnie makes quiet music on a big scale. “I feel like I’ve only started consuming lots of different music since coming to college,” she says. “Part of that is meeting friends who are into artists that weren’t really on my radar. If your friends really like someone, then it’s interesting to check that out. I’ve been discovering more interesting music.”

Travelling at speed on her journey of musical discovery, things really began to ramp up for Bonnie this summer when she signed to this generation’s defining label Dirty Hit. For someone who became known covering The 1975 though, it’s a different Dirty Hit act that provided an inspiring touchstone for Bonnie and maybe points the way forward. “I’ve had a few revelations with certain artists where I become really obsessed with them,” she says. “I feel a little bit embarrassed that I’m obsessed with this labelmate, but I started listening to The Japanese House last year. I thought her music was so cool. I hadn’t heard anything like it before; it was so unique to her. That made me think a bit differently about how I’d like to make music. I guess going more in the less bandy and more electronic sound or a mix of the two. My best friend Jed is super into hyper pop and Charli XCX. I got really into that as well. Not that my music is anything like hyperpop, but I think I’ve found more of an interest in production and electronic music.”

There’s a lot of tender love and care that goes into Bonnie’s music. Everything blossoms organically at its own pace.” My writing process is very slow and gradual,” she explains. “I rarely write a song knowing what it’s going to be about. My brain just does something. Often it takes me sometimes up to a year to finish a song. I’m not very structured. Because I’m such a perfectionist, I don’t do the whole create and destroy thing. I just do something until it’s right, and then that’s going to be a song that I’m going to release. For this EP, I didn’t have any choice. I had 15 songs and narrowed it down to the best six. Those were the six songs I managed to finish because I like them.”

Across those six songs, you can hear the journey Bonnie has taken with her music. “Each song is about something different. ‘Static’ is at the far end and a bit experimental, and ‘Was It Obvious?’ was the most stripped back. I’ll always go back to those two ends or maybe stretch them a bit wider.”

The songs themselves are vivid vignettes of deeply relatable feelings. “It’s about friendships and relationships ending,” says Bonnie. “I’ve been told that my songs are quite introspective, which makes sense as I’m a massive self analyser,” she laughs. There’s also trauma within the collection as she unpacks a period of uncertainty that could have been fatal for her career. “‘Static’ is about my injury,” she reflects. “At the end of 2020, I developed this repetitive strain injury which persisted for ages. It was really rubbish. I just couldn’t play guitar without feeling in pain. That was a prevalent thing in my life, so it felt natural to write about it. “A lot of exciting stuff has happened for me in the last year; if I’m honest, it’s all been a bit mixed up with this injury. I was uncertain. I need my arms to play guitar. It felt like there was a big duality with it. Now that I’m getting better, it feels like things are falling into place, and I can 100% be excited and happy and know that I’ve got a future in music.” ■

Taken from the November 2022 edition of Dork.