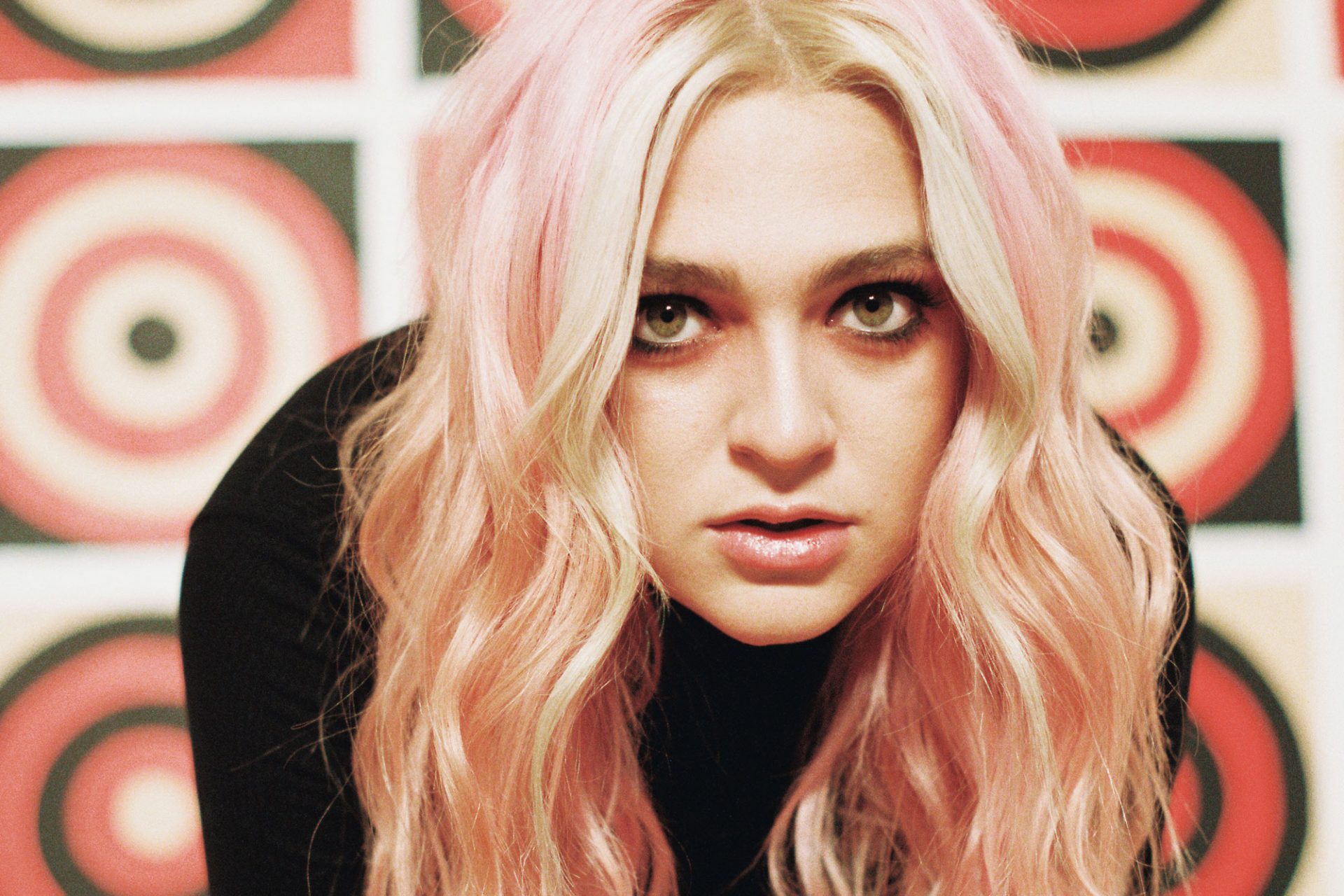 Charli Adams: “I’ve never been afraid of thinking about death”

Alabama newcomer Charli Adams isn’t afraid to get up close and personal, baring all on her coming-of-age debut album, ‘Bullseye’.

Getting to a place of unwavering confidence has been a long and sometimes painful process for Charli Adams; the past year, a time of self-reflection fuelled by the shedding of old beliefs and finding solace in a more liberating form of spirituality.

“I spent so many nights having panic attacks in my room whenever I was questioning religion,” she recalls. “I would go into full-body panic attacks. I was like, ‘What is my life going to look like if I don’t believe in this? I am so afraid’. But it started to wear off the more I got confident in what I believed.”

As she began to sit with those thoughts, a different kind of logic started to seep in. There is no such thing as “hell” – a concept that would often freak her out as a growing teen (“What if Jesus came back and would send me straight to hell because I lied two days ago?”) – she concluded. Slowly but surely, she realised that those fear-based ideologies didn’t quite resonate anymore. “I don’t think I believe in a higher power that wants us to be that scared. We shouldn’t be that afraid,” she explains. “Shame and guilt are useless emotions.”

These revelations triggered an array of emotional responses, all of which Charli channelled into music, thinking no one would hear her immediate outpourings for a while as she had just wrapped up the ‘Bullseye’ EP. Little did she know that her new material would be so good, said EP would soon be followed by a full album. “The songs I wrote post-EP were the most honest. There was just so much happening in my life that I started writing songs about stuff that I wouldn’t have thought I would in the past.”

“That’s why I fell in love with writing songs in the first place: because I was able to be dramatic about my life when I was trying to hold it together”

Devastatingly beautiful and strikingly intimate, ‘Bullseye’ is a mirror image of Charli’s emotional state at the time of writing. A turbulent rollercoaster that is reflected in themes of childhood trauma, abusive relationships (‘Cheer Captain’), Daddy issues (‘Bullseye’) and depression (‘Emo Lullaby’) – aka a busload of uncomfortable truths that Charli was finally airing out.

Talking about her music pre-pandemic induced breakdown, she reflects: “I was still just as honest. I was putting all of the details in. I remember being scared of putting out some of the love songs that I was really honest in, but this time was the first time I was really honest with myself because before, I was distracting myself with boy troubles, going out and bla bla bla… But when the pandemic hit, it was self-reflection time, and that’s when I started to unpack.”

Fortunately, reflecting on the darker aspects of life has never been an issue for Charli. “I’ve never been afraid of thinking about death and the sorrows of life. As a kid, I was very, very curious. It’s always been a thing, but this year was the first time I was forced to stop moving and face those things. So, it wasn’t hard for me to dive into it. I’ve always been someone who’s like, ‘I’d rather feel all of these emotions than nothing at all’.”

An empath and notorious people pleaser (at least in the time before), Charli runs on emotions. It’s what fuels her interpersonal connections and her art. “I’ve always taken other people’s emotions and tried to feel them so I could understand them my whole life,” she explains. “It’s the same with music, all the music that I love and that I listen to is because I feel some way when I listen to it.” It’s a quality that has long taken root in her own craft. Carried by pulsing beats and velvety vocals, all of Charli’s songs pride themselves on being the kind of emotive that is nothing short of intoxicating. Vulnerability, she says, is the most important thing. “That’s why I fell in love with writing songs in the first place: because I was able to be dramatic about my life when I was trying to hold it together.”

Looking back on that younger version of herself, even just a year ago, Charli can’t help but laugh. “I literally don’t recognise the person I was before. If we met, I would be like ‘Bitch. You need help.” And she did. She started therapy and stopped running from all of the shit that kept holding her back. Sitting in front of us now is a Charli that is much more optimistic about the future. “I feel so much happier,” she beams. “I feel freer. I started working on myself and putting up boundaries. Those boundaries cleared up space for me because I was people-pleasing so much that I had no time for myself. And then toxic relationships just fell away.”

Charli has changed, undoubtedly for the better, and it’s not just herself who has been sensing that difference. “A lot of people have noticed. I even had people from the past come back and being like, ‘You just seem so different now.’” But, of course, it’s not always positive feedback she receives (when is it ever?). “People from Alabama have been messaging my mom being like *scandalous whisper* ‘Is she okay?’ because I stopped giving a fuck. I’m saying how I feel online, on the internet, whereas people don’t necessarily do that where I’m from…”

Growing up in small-town Alabama, Charli always dreamed of getting out: she wanted to live in Paris, see the world, experience life to the fullest. So, at 17, she decided to pack up and leave, move to Nashville to pursue music. Six years later, it’s all about to come true. Although Charli’s simple joy is just writing songs and she would live a happy life solely writing for other people, writing and performing her own songs, being able to tell her story, is an important step for her. “My job as an artist is to be real,” she says, and it’s exactly that fierce commitment to vulnerability, to authenticity, that makes Charli such an impressive personality. Because it’s not just in her music, it’s in her every move. Charli Adams is always just being Charli. Especially on her debut album that, as she describes it, is perfectly imperfect.

“It was created very unconventionally. It was pasted together from so many different eras and so many different producers because I was in this explorative mode at the time. It’s not one of those where I got to sit and really make it perfect, I guess, because some of the tracks are just the demos… It’s definitely not perfect, but it’s really special that that’s my intro to the world. Just me airing out and unpacking.”

Looking a little further into the future, she adds: “I’m excited for the next one to be from a peaceful place, but it feels pretty fitting to me to put out the first one this way.”

Taken from the August 2021 edition of Dork, out now. Order a copy below. Charli Adams’ debut album ‘Bullseye’ is out now.