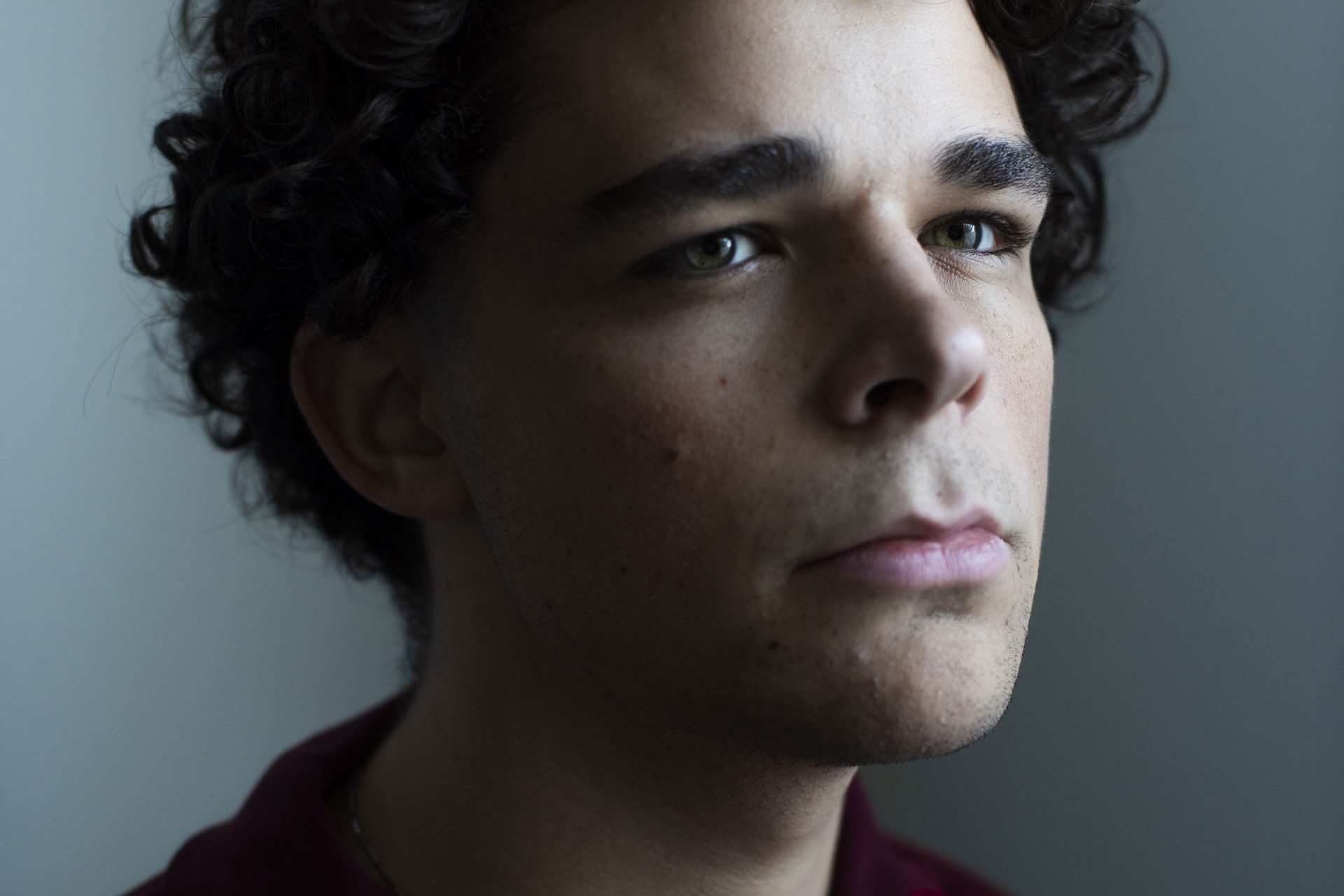 Charlie Hickey: “Everything is complicated, and nothing is 100% sad or happy”

21-year-old Pasadena-based newcomer Charlie Hickey has arrived with his debut album via Saddest Factory Records, the label owned by his pal and fervent supporter, Phoebe Bridgers.

Chaos theory suggests that if a butterfly flaps its wings in one town, a tornado will take down another. Small changes, big consequences. For Pasadena’s bedroom-pop singer-songwriter Charlie Hickey, his butterfly effect moment began when he met his label boss Phoebe Bridgers at a club show when he was just 13 years old.

“If you were to tell me when I met Phoebe that she would be my A&R, I’d have laughed in your face,” smiles Charlie from a car travelling somewhere in Kansas City on a day off from his tour with MUNA.

“I always think of meeting Phoebe as a turning point in my life. I had always been doing music. I always knew that was what I wanted to do, but seeing her perform when I was 13 at a tiny club was so inspiring to me. It made it all feel a lot more tangible.”

Watching Phoebe grow into a superpower helped mark a cultural shift for Charlie. Suddenly, the music that mattered to him and his friends could go beyond the circles they’d caught them in.

“It is still so inspiring to see everything happening with Phoebe, to see great songwriting like that get rewarded, because she’s one of my all-time favourite writers.”

Phoebe’s influence can be felt throughout ‘Nervous At Night’, Charlie’s debut album. Whether it’s in the confessional ‘Thirteen’, the isolating balladry of ‘Mid Air’, or the countless happy melodies and melancholic lyrics that make for magic juxtapositions, it’s all there in these tales of growing up.

“Everything is complicated, and nothing is 100% sad or happy,” Charlie reflects – one of many moments he pauses, sips his water thoughtfully, and ponders his next answer like a grandmaster musing over chess moves. “I think that some of those juxtapositions are just the reality of how those moments felt; they were happy and exciting, but there was also sadness in them.”

Sadness is something that permeates ‘Nervous At Night’. It haunts it like a ghost; an outsider looking in at the party. On an album that traces Charlie’s journey of growing up in the suburbs of Pasadena, sadness shifts gears more than any other emotion.

“There are different kinds of sadness. There’s a sadness that’s more melancholic, and then there’s sadness that has a bit more urgency and anxiety to it. I feel that sometimes lends itself to a song that is a little more passionate or soulful, sounding less downtrodden.”

Sadness for singer-songwriters is often seen as the million-dollar moment, but for Charlie, it’s a line he’s trying not to get stuck into completely. Whilst his idols have built themselves on being fundamentally sad, he doesn’t want to be so easily pigeonholed.

“This genre is often reduced to being sad music, which I think is incredibly reductive. Me and all my friends grew up listening to Elliott Smith and Bright Eyes, music you could say is sad, but I think something you maybe don’t hear about is that even though artists can write about their pain, it doesn’t mean that it has to consume them.”

“Meeting Phoebe Bridgers was a turning point in my life”

There’s plenty of pain folded into the mix of ‘Nervous At Night’, but it’s not the only ingredient. There’s the anxiety of falling for someone new, the joy of late-night drives and lost weekends, and the joy of heart-to-hearts with loved ones. In many ways, it’s a profoundly personal display of something utterly universal: growing up.

In a world where pop stars promote the glitz and glamour of fairytale lifestyles, Charlie is going against the grain. ‘Nervous At Night’ is an album about everyday life, written by a normal person. It exists to show that it’s not all sunshine and roses, but it’s not all sadness either.

“We can express these parts of ourselves but also lead happy, healthy lifestyles. Maybe it’s not the most glamorous or rock and roll thing, but it’s important because otherwise you die eventually. You just can’t stay in the space of being unhappy.”

These existential thoughts play out on ‘Nervous At Night’ like mini monologues. Opener ‘Dandelions’ is the album’s theme song, whilst its title track caps everything off. And it’s all a reflection of the anxiety that Charlie struggles with on a daily basis.

“One of my really good friends was describing to me that she had a friend claiming she had something called Nervous At Night syndrome, which is exactly what it sounds like, and I thought that was funny.

“It also resonated with a lot of the aimless anxiety of having an empty night ahead of you, not being anxious about anything specific, which I can relate to. Along with growing up, anxiety forms this theme on the album of trying to hold space for your childhood self, to unlearn some of the myths you have about yourself, of transitioning into an adult, and all the anxieties that come with that.”

Throughout his life, Charlie has been led by the lives of those around him. Whether it’s through watching videos of his touring musician parents, through the tutelage of long-term producer Marshall Vore, or by watching Bridger’s rise to stardom, he’s often felt like he’s been kept under their wings. But as ‘Nervous At Night’ enters the world, it’s his time to turn on a light for others in their darkest moments. It’s a role he’s more than willing to play.

“I just hope that they see some of themselves in it and that I can help them feel seen and supported in all the contradictions of life. To feel like they’re validated in struggling, but also that there’s tonnes of hope and beauty to be found.” ■

Taken from the June 2022 edition of Dork, out now. Charlie Hickey’s debut album ‘Nervous At Night’ is out now.