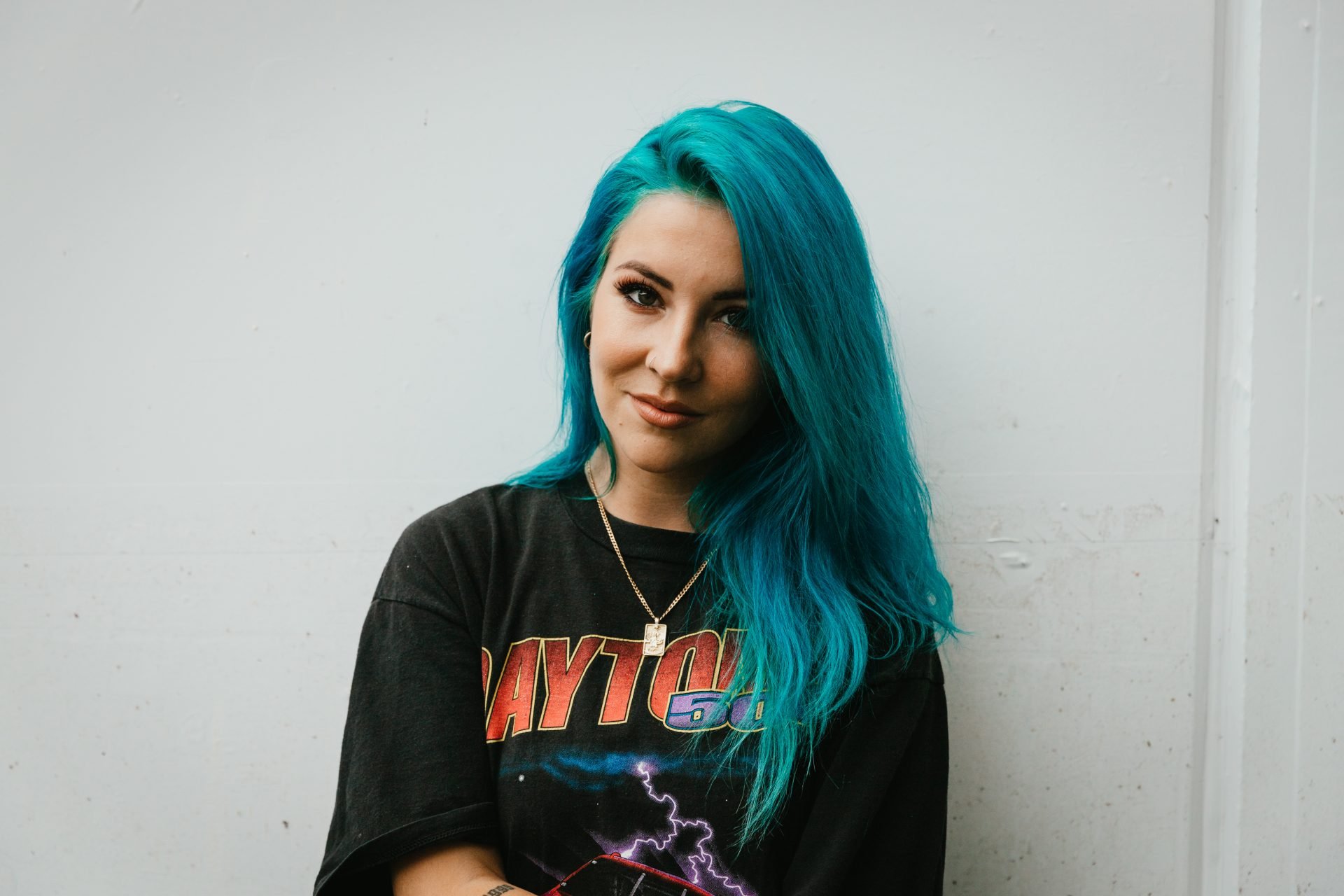 Charlotte Sands: “I want people to know that with me, they’re going to be accepted”

Supporting My Chemical Romance on their UK return run? That’s no big deal for Charlotte Sands.

With a support tour with YUNGBLUD already under her belt alongside a string of collaborations with members of Taking Back Sunday, The Maine and Underoath, Charlotte Sands has quickly established herself as a bold, brilliant voice of the emo revival.

According to Charlotte, breakthrough single ‘Dress’ was written after seeing Harry Styles and YUNGBLUD toy with gender norms. “My job is to express myself in every way – as a person, as an artist, onstage and through my music,” she says. “Everybody else should get that freedom to do that,” she continues. Gaining traction on TikTok while she was “at my lowest” during COVID, she quickly discovered an “incredible community” of people who really took that song to heart. “It was nothing but positivity and love,” she explains.

Today Charlotte is talking to Dork backstage at Stadium MK. In a few hours, she’ll perform her first-ever international show to 30,000 people, supporting My Chemical Romance. No pressure, then. Speaking afterwards, though, she admits the only nerves came from the fact she wasn’t at all nervous before or during her killer set. “I’ve always wanted to be playing the biggest shows possible. I’ve just been waiting for the opportunity to do that. Now I’m like, bring me back for more.”

Despite getting the support of scene legends and Gen Z newcomers, she isn’t trying to be “the pop-punk queen of this resurgence. I’m just trying to be myself… and it feels amazing.”

You’re very much part of this alt revival. What does that scene mean to you?

I grew up feeling like an outsider. I always felt like I was floating between what was normal.

This scene challenges the social norms of what people expect from humans, which is something that’s really beautiful and inspiring. The best part about this movement is that I really do feel like it’s a place where anybody is welcome. Anybody can enjoy it and feel like they’ve been a part of it their whole lives, just because it really is supposed to be about celebrating individuality and the freedom of being yourself.

Have you been embraced by that community?

It’s been hard for me because people see that I’m on TikTok, so they don’t think I’m an actual artist. To that, I say I’ve been doing this since I was a child. The first song I ever wrote was 100% pop-punk – my nine-year-old was edgier than I am now because I pull from so many different types of music at the moment.

I love folk music, I love R&B and rap. I love a lot of things that have influenced me a tonne throughout my life, so I would be lying to say that I grew up only on Taking Back Sunday and Green Day. That’s just not the truth. Some people don’t get it, but the ones that do really seem to enjoy the fact I’m writing pop songs about things that aren’t really spoken about on Top 40 radio.

You’ve been on tour for pretty much the whole of 2022 so far. Is part of that you trying to prove yourself as a “real” artist?

I am definitely fueled by that. I’ve been a performer before I’ve been anything else, and I was on stage before I even knew I wanted to write music. Playing live has always been my biggest strength, but during COVID, I obviously wasn’t able to show that off, which was frustrating. I was getting success on social media and streaming, but I was just waiting to show people just what else I could do. I am 100% motivated by the need to prove myself and prove that I am a serious artist. I really do want this, and I’ve been fighting for it my entire life. I’m not going anywhere, though, even if people want me to.

What do you want your music to mean to others?

The biggest thing for me is that I always turned to music when I felt alone or when I felt like I was the only person experiencing certain things throughout my life. It’s been like my emotional support friend, and I just always wanted to be that for other people.

Years ago, I remember having meetings with industry people and them being like, ‘as a woman in music, you have to be the girl that every other girl wants to be and every guy wants to date’. That’s really not me. I don’t care if anyone wants to date me; I would rather be your big sister or your best friend – the person that’s always looking out for you. I want to create a community that I know will take care of each other and never judge one other.

Taken from the July 2022 edition of Dork, out now. Charlotte Sands’ single ‘Lost’ is out now.