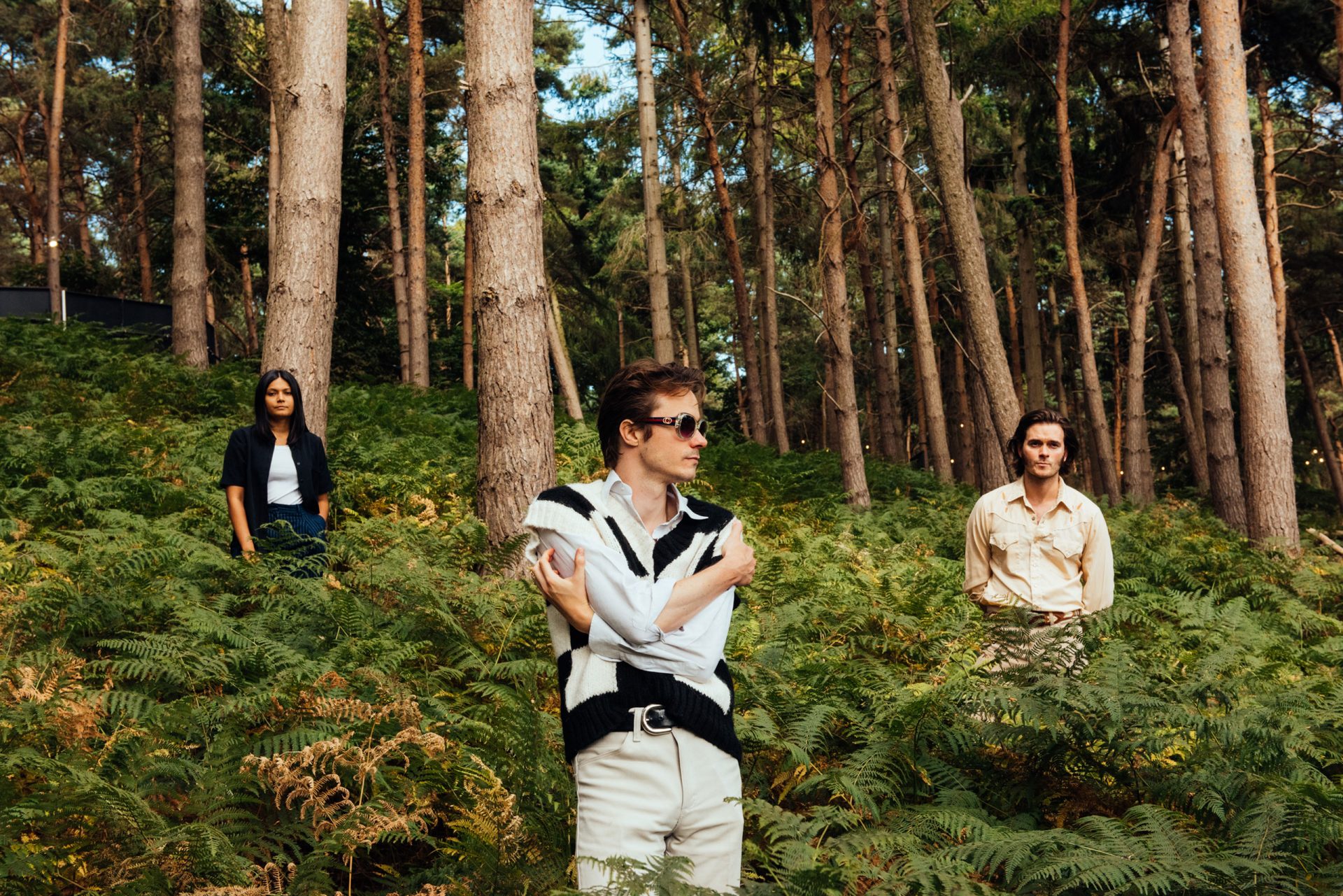 Chilli Jesson: “Born-again pop. That’s how I classify us”

You may know him from indie darlings Palma Violets or perhaps more recently Crewel Intentions, but now long-time fave Chilli Jesson is stamping his own name on things.

Chilli Jesson is no newcomer to live performance, but there is something about this newest wave of self-reinvention that feels invigorated. With just a handful of shows under his own name, he’s already feeling the love.

“It always goes down amazingly – well, ‘always’,” he laughs. “Latitude was particularly… loose, everyone feels loose. You could be a banker or an account or whatever, but once you enter a festival show like ours, you leave that at the door. You just buddy up with anybody and everybody.”

With past projects succinctly marked out by specific, defining characteristics – the youthful innocence of Palma Violets and the sprawling sonic outcasts of Crewel Intentions certainly made a lasting impression – his latest creative venture is grasping towards something new.

“Born-again pop. That’s how I classify us,” Chilli says, gesturing towards the collaborative trio around him. “There are songs that definitely revolve around a higher energy, and people who know me from those adolescent years will be surprised.”

This eye-opening reclaiming of his act reaches beyond the music but can be heard from the first play of debut EP, ‘St Vitamin’. The titular opening track thrashes and squirms under its distorted guitar lines, and while this enrapturing energy also radiates on-stage, it is just one facet of this initial offering.

“Basically, we had written a heap of diverse songs which all felt really good together,” Chilli explains. “We can show off an energetic side with ‘St Vitamin’, and then with songs like ‘White Room’, we lean into electronic stuff, which will be amped up even more later. We even offer a more tender side on ‘WDTYCWDWTHY’.”

Though an audibly varied release, he has honed in on a topic that has only become more important as the years wear on – mental fragility.

“When I was in Palma Violets, even as a band, we would never talk about our mental states with each other,” he recalls vividly. “We were all struggling big time while doing 300 shows a year for multiple years. We were inevitably pretty fucked. Now we all discuss these things. It’s one of my favourite changes in life recently; it’s helped me a lot to just open up, and I hope this massive topic isn’t even near reaching its peak.”

It was over a pint that Chilli finally noticed the open door of vulnerable conversation. “I remember being sat in a pub and someone admitting, ‘I feel really terrible and sad’. Before I knew what was happening, we suddenly turned into three weeping dudes at a pub. It was quite a beautiful thing.”

It’s something he was immediately keen to explore in song, but no matter how serious a topic might be, for him, “it’s always painted using humour because that’s my way of dealing with things.”

“You’ve got me forever now, whether you like it or not”

It’s most evident on track two of the EP, ‘Love Is A Serious Mental Illness’, which also pulls toxicity within relationships of any form into the conversation. It’s something Chilli has been waiting to bring up, but it finally felt right. “Culturally, after having these weeping conversations, now felt like the time to do it. It’s about friendships and the capability of people to grow and move on,” he explains before that gleefully admitting “that line, ‘love is a serious mental illness’, is actually a Plato quote that I’ve had written down for years, just waiting on my wall. It was so fucking long that it took until now to make its way into a tune.”

New standalone single ‘Circles’ taps into that same vein, lyrically dancing around the idea of evolving past your own friendship groups. “Lockdown was a significant period because we didn’t socially hang out with anyone, so when we came back to our groups of friends, I thought: hang on, these people have changed. We’d moved on, developed different interests, got into sewing or baking or whatever. It’s about being in certain crews and then suddenly not having that again.” It is clear from the resonance of his genuine tone that this is something Chilli has been through more than once.

Fortunately, songwriting has been his lifelong saving grace. Although it hasn’t always been a stable journey, he confirms that a new level of comfort has been attained. “Starting so young, I was really just learning my stuff on the go,” he confessed. “I had that two-year period during lockdown where I was like, okay, there’s going to be no live shows for 6-8 months, so let’s really focus now. I learned to enjoy it, and it really became a massively freeing thing.”

That liberation comes from practice, yes, but it also comes from the feeling of high-level fulfilment and achievement. “It’s a confidence thing, to be honest with you,” he carefully clarifies. “I feel like I’m getting really good at it. I’m not being arrogant, but everyone hits that moment when they invest a lot of time into something, and you finally realise – ‘wow, I’m getting shit-hot at this’. You put the work in before, and it pays off.”

“That’s why we’re all here,” he continues, acknowledging the daily grind and bustle of life as an artist. “It’s why we load the van every day, rehearse in terrible places, and stick together as a band. There’s a real madness to it. I reckon if anyone doing a normal job watches us from the outside, their first reaction would be: ‘what the hell are you doing?’ We are all mad. It’s almost a requirement.”

Some might say you’d be mad to even try to recreate the cult success of an iconic indie act. Chilli concedes that starting anew “is a fucking ballache,” but he also knows that this new incarnation of his artistic expression is shaping up to be something special. “This is my brainchild, but it’s now become a collaborative project, and that’s been great. This is it. This is everything I wanted to do and everything I wanted to say. You’ve got me forever now, whether you like it or not. This project is the end game.” ■

Taken from the October 2022 edition of Dork.

Taylor Swift’s ‘Midnights Mayhem With Me’ continues, as she unveils her fifth track, ‘Maroon’