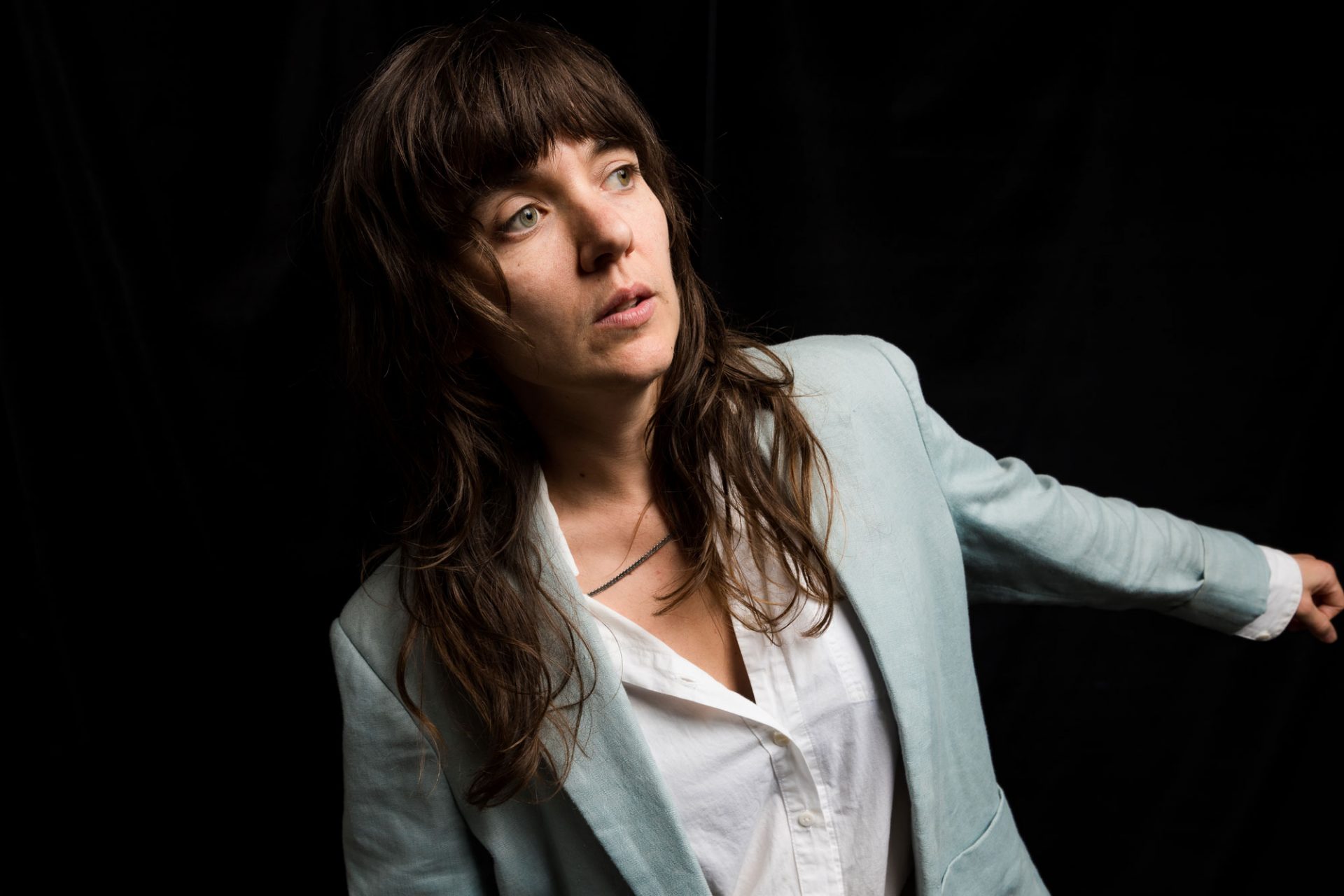 Courtney Barnett is on a quest for joy, pulling optimism out of the darkness for a new album that’s quietly hopeful.

If there’s one thing Courtney Barnett learned as she was making her third album, it’s to appreciate the little things. “Last year, I told a friend I wanted to paint more and the next day, she gave me this beautiful little travelling watercolour set,” she recalls. “It was so thoughtful and such a beautiful, simple gift to encourage someone else’s creativity.” That small gesture, impromptu as it was, motivated her to paint and inspired the artwork for her third record, ‘Things Take Time, Take Time’.

It’s fitting, really, that such a small gesture had such a large impact on her work. The Australian musician has made her name amplifying still moments into expansive structures while distilling complex emotions into witty lyricisms through her songs. On ‘Things Take Time…’ her characteristic observational stylings are as prevalent as they’ve ever been, conveying mundane moments and all-encompassing emotions in their full technicolour glory.

“What I’ve figured out I enjoy about songwriting is that sometimes it can be so overwhelming,” Courtney portrays. “Sometimes life feels so overwhelming, and you’ve got so many thoughts, so many things going on at once. You want to say so many different things, but if you try to say them all at once, it just doesn’t work.” There’s no impact in that, she finds, and in trying to express everything, you only stop yourself from saying anything that makes sense.

“The songwriting process, for me, is about trying to separate those ideas and those thoughts and put them in a dot point form, then within that dot point, elaborating,” she says. From her laments on the monotony of suburban life (‘Rae Street’) to her open invitation to “sit beside me, watch the world burn” (‘Write A List Of Things To Look Forward To’), and everything in between, on ‘Things Take Time…’ Courtney Barnett does exactly what she set out to do.

“It’s so much more powerful like this,” she describes. “There’s so much power in small detail. There’s so much emotion.” But more than that, as she honed in on the subtleties of still moments while writing these songs, Courtney found a sense of hope. “I think it’s easy to kind of underestimate those things, but when I find myself slowing down and allow myself the time and the patience to do that, then it’s rewarding in its own way.”

Asked if she finds a sense of catharsis in her songwriting, she carefully considers for a moment before answering. “There can be [catharsis],” she sighs. “Sometimes it’s just… pure pain,” she laughs. Dismissing her previous statement, she explains, “It’s just frustrating sometimes. I think that’s just normal. The expectation that’s behind it… If you sit down and think you’re going to write something perfect and successful, that touches everybody around the world, then you’re probably going to hit some roadblocks.”

While the world has felt like it was at something of a standstill over the past 18 months as we moved in and out of lockdown, Courtney focused her energy on turning a time of introspection into a necessary reprieve. “I think there were plenty of moments where I just had no motivation, or I guess not much hope,” she recalls. “I just tried to forget about those feelings and just sit down and work, or sit down and play guitar.” It’s a strategy she admits as being “a little bit fake-it-till-you-make-it,” but it gave her the push she needed to try something new, to experiment with her creativity, and to push herself outside of her boundaries.

Her determination to step outside of her comfort zone can be heard with crystal clarity on album standout track ‘Sunfair Sundown’. “Sometimes it’s hard / Getting lost, you say, is a fine art / Put the map down and follow the stars,” she sings, sounding every bit as set free as her words invite us to be. “It’s [about] trying to find joy where you can, and trying to let go of certain thought patterns and focusing on whatever positive is available,” she portrays. An ode to the art of getting lost, to finding your way without knowing where you’re going or whether the direction you’re taking is the right one, it’s a song she finds her own sense of comfort in.

And really, that’s what this record is all about: seeking out the comfort, the beauty, and the hope within the chaos, to find the way forwards even through the dark. “It’s born out of a sense of a kind of hopelessness, but I think it’s about trying to find your way in the present moment and not fear the unknown so much,” Courtney says. She’s describing ‘Write A List Of Things To Look Forward To’, but her words feel like they could be describing almost any song on her new album.

An experience she describes as “a lesson in patience,” with ‘Things Take Time…’ Courtney Barnett has crafted her most personal record yet. “I always find songwriting very revealing – even to myself,” she says. “Sometimes, I don’t realise what I’ve said or what I’ve felt until a bit later.” Drawing inspiration from a myriad of people, places, and pent-up emotions, it’s often not until a song is finished that she can see the picture that she’s painted in full.

“I always find it revealing as a songwriter, but also revealing as a listener,” she describes. “Songs can so easily change. They evolve over time, or you find different meanings in them, the same way that anyone’s going to interpret them differently depending on their own emotions and their own situation.” It’s for this reason that she won’t explain the inspiration behind her songs in any great detail, preferring instead to leave them open to interpretation.

As for what she takes from the making of her third record, the answer is one she’s already given some thought to. “I learned to let go a little bit of the need for everything to go right all the time and the need to be in control of those moments,” she reflects. “I allowed myself to make mistakes and experiment and go off the path a bit and see where it would lead.”

It’s something she would encourage everyone to do: let go of control, be in the moment, and discover where it takes you. “I think a lot of it is just finding the patience to allow yourself to do that,” she says. As she releases ‘Things Take Time…’, Courtney is hoping listeners can find exactly that. As she sings on album opener, ‘Rae Street’, “let go that expectation, change the station, and find out what you want.”