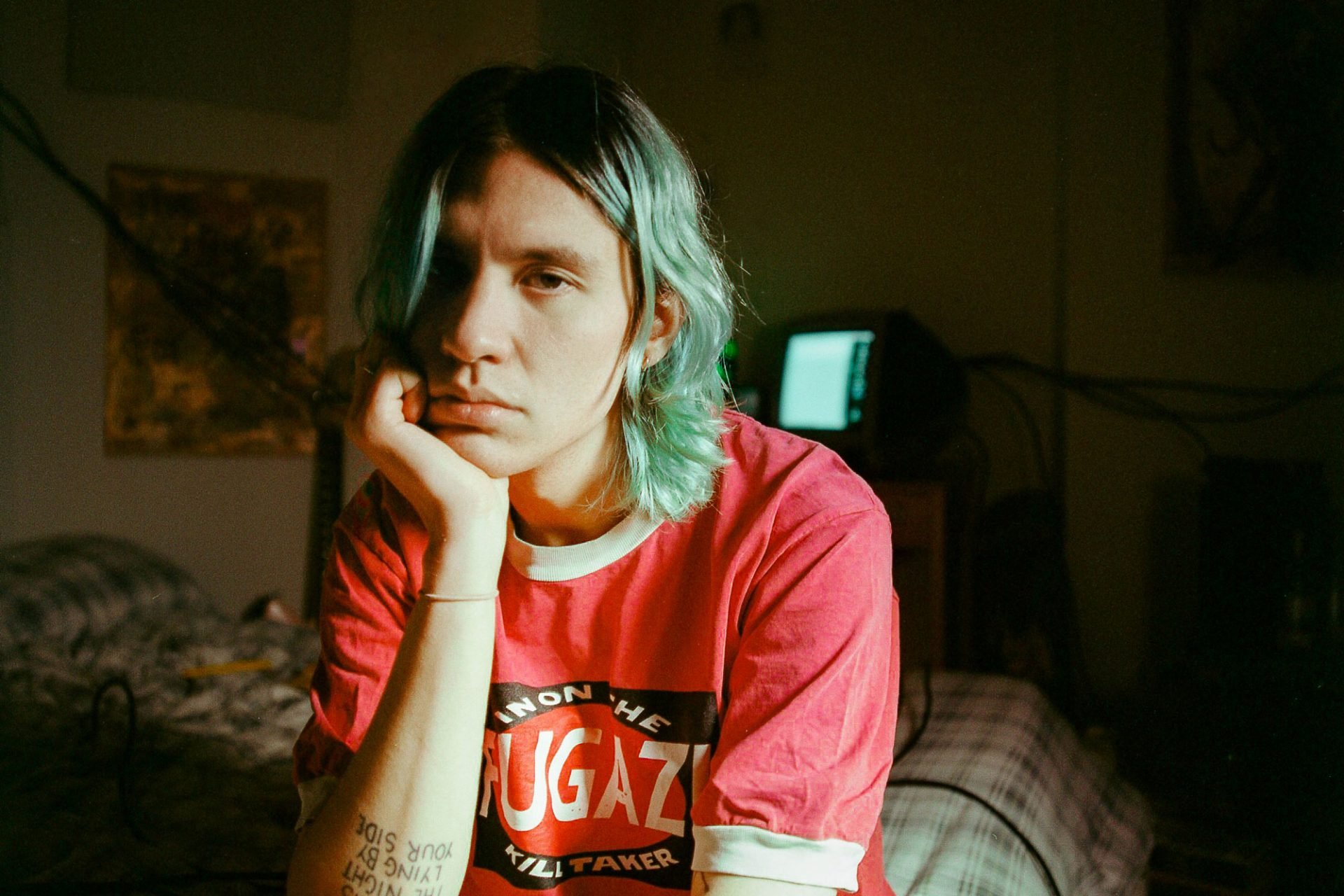 Daisy Brain: “I want to prove every single kid I’ve ever met in my entire life wrong”

With nods to grunge, punk-rock and Britpop, Daisy Brain takes inspiration from all the biggest and best sounds of the 90s and channels them into huge-sounding hits that are all his own.

Daisy Brain is hyped. It’s the night before his first-ever headline tour, and emotions are hitting in ways he never thought possible. Not only are most of the dates sold out, but it marks the first time he’s able to play his own songs to his own fans at his own shows.

“Like, it’s going to be our fans there,” he states, saying it loud more to confirm it to himself than point out any ridiculous fact, “and the likelihood is that they know all the lyrics. They’re not mates of mate or are just there because I asked them to come to fill the room out… everyone will know the lyrics. That’s the main thing for me. That moment as a kid you dream of is like happening tomorrow.”

If the whirlwind of reaction seems like a rush to Daisy Brain, it’s because it is. Growing up with the constant obstacles that come with having a passion for being creative while surrounded by those who find it somewhat odd, the freedom to now seize such a response and turn it into glorious technicolour has lit a fuse under Daisy Brain, otherwise known as Will Tse. It’s perfectly captured in his self-described ‘claustrophobic grunge’ anthems that feel born to be drawn into tattoos and scribbled across diary covers. That radiates every time Will and his band take the stage and are met with wide eyes and immediate recognition.

“I want my songs to be whistled by bus drivers,” Will states firmly. “I want to prove to people that I’m not just some artist you’re going to like – I want to be your favourite artist. I don’t want just short term excitement; I want in 10 years, a plumber or builder to be in someone’s house, look at the wall and be like, ‘Oh Daisy Brain? I remember seeing that show back in 2022; it was incredible!’ That’s what I want for Daisy Brain.”

If that example feels specific, it’s because something similar happened to Will with The Strokes. After moving from Singapore when he was 11, and growing up hearing the likes of Kylie Minogue, Snow Patrol and James Blunt being played from his parents’ speakers, it was only when a wave of bands kicked into his vision that he found a whole world to play in.

Secretly playing Green Day’s ‘American Idiot’, which he pinched from his local HMV – “[Mum] definitely would have known that I had to have stolen it as there was no way HMV would sell it to me at my age” – a love of alternative music was born. It’s a sentiment that rings out through Daisy Brain in a striking fashion; debut cut ‘Boring’ feels ripped from a teenage diary, full of angst, crunchy guitars and sticky floor basslines, but with a sugar-sweet Britpop melody designed to be screamed at the highest volume. That sense of defiance is at the core of everything Daisy Brain, both in his darkest of lows and his more in-your-face middle-finger drive. “I’ve been told my whole life that it was never going to work,” he smiles.

Enrolled in a secondary school where there was only one other kid who had any interest in music, Will and his pal Dan would spend hours hidden in a room usually used for pottery, finding solace in the music they loved. That sense of being the outcast and raging against it all provided another added enthusiasm to create and make it no matter what.

“I want to prove every single kid I’ve ever met in my entire life wrong. I had that thought just as I was about to go on stage supporting YUNGBLUD at Alexandra Palace, about a kid who asked me about what I really wanted to do in my life. He wouldn’t accept that I wanted to be in music and make music, and that was the career I wanted… I was just imagining him in that crowd, looking up and seeing me. I can’t wait for that day when the messages come in, and I can be like… Read. Seen. Bye.”

A move to Leeds followed, heading to a music production course where he met key collaborator Dan Hvorostovsky during a time described by Will as “High School Musical meets Skins”. After a number of different projects, songwriting directions and plans, the two of them decided that moving to London was the best option.

Enter: a pizza shop. Both taking up jobs there, the music they would listen to was ultimately decided by a disruptively loud fan in the shop, their days serving up slices soundtracked by the likes of Smashing Pumpkins, Deftones and more. With their regular tube particularly noisy, too, it was as if the outside world was demanding something altogether louder from Will. Daisy Brain came to life soon after. Initially planned to be a full band pulled together with friends in London, the hit of lockdown forced them to create with what they had, forming a more bedroomy grunge feel. Songs came quickly, with that penchant for raging rebellion and devastating emotion perfectly entwined.

“It was the first project I kept to myself for a while,” remembers Will. “I didn’t tell anyone about Daisy Brain for a while, but ever since we put out the first few tracks and saw those streaming numbers go up and up – it’s been mad.”

It’s only added to the drive Will has to become a very big deal indeed. After debut EP ‘Let’s Go Camping’, the ‘Disconnected Happy’ EP takes things to greater levels – it feels like Daisy Brain clicking into some serious ambition. From the scuzztastic ‘Digital Atlas’, the strutting ‘Kleptomaniac’ and the blossoming ‘What Would You Do?’ amongst others, it’s the brightest welcome to the world of Daisy Brain yet, and one that adds more fuel to a fire impossible to put out.

What comes next? With those stadium-sized memories of bands like My Chemical Romance and Green Day, but also bubbling that incredible rawness to the surface too, the possibilities seem endless. Drenched in the brightest shades of every colour, it a stand against those who tell you no from an artist firmly set on becoming your next favourite. “I want to have this relationship with my fans where we grow up together,” explains Will. “As people’s lives grow up, that idea that Daisy Brain is there is one that’s really exciting to me. I want to be that band that people listened to when they were kids, and they point to when the next generation comes along. That’d be cool.”

Would that be a success for Will? “When a plumber comes ‘round to your house and says, ‘I remember them from 10 years ago’,” he reiterates, “that’ll be the success.” ■

Taken from the May 2022 edition of Dork, out now. Daisy Brain’s EP ‘Disconnected Happy’ is out now.