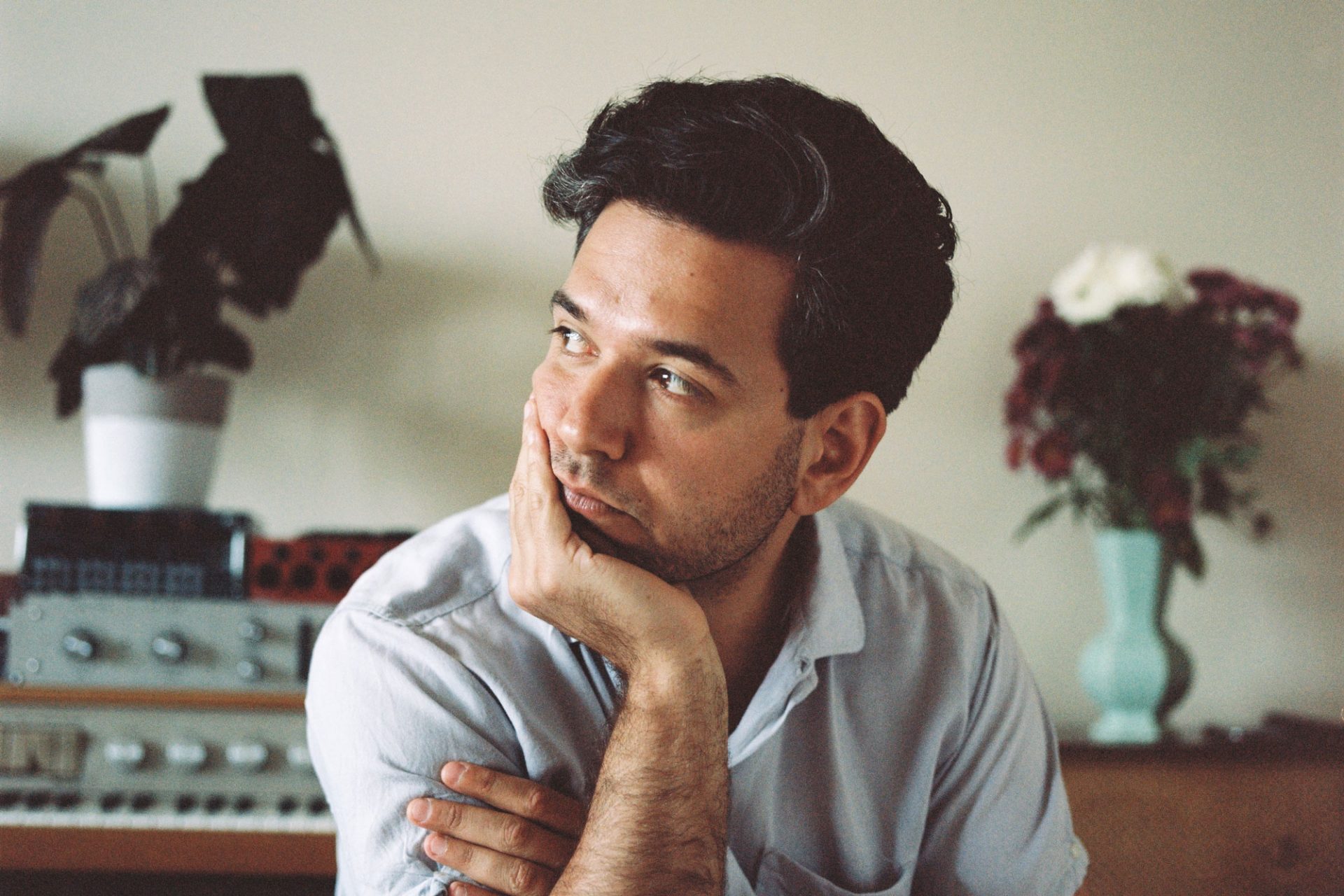 From fronting former Dork cover stars Spring King to producing some of the hottest new bands around, Tarek Musa has little left to prove. With his debut album under new guise Dead Nature, he’s doing it anyway.

“I don’t think I could function without writing or working in music,” smiles Tarek Musa. The former Spring King frontman has remained somewhat in the background in recent years, showing his influence in the studio, working with the likes of Calva Louise and Valeras. However, with the release of ‘Watch Me Break Apart’, he’s stepping out with a debut solo full-length under his Dead Nature moniker.

“Dead Nature was this huge rush of energy to just start something,” he explains. “When [Spring King] parted ways in 2018, I had this month off where I just became super obsessed with music again… The start of Dead Nature was basically inspired by this huge wave of absorbing new music and realising how much I had missed out on, and how much more there was to consume.”

After heading out on his own, a move to Liverpool, a re-established love of music, and an application to the PRS producers fund resulted in the opening of Musa Studios. “Obviously, I was never gonna stop writing, and I was never gonna stop producing or mixing other artists.” From songwriting and production to releasing via his own Dead Nature Records, he has spent years accumulating his skills across the industry, and Dead Nature is truly a solo feat to showcase them all.

“I didn’t know which way to go; I was just trying to figure everything out”

“It’s definitely an intense challenge that I’ve set myself, but it’s because I enjoy it. I enjoy writing music and producing for the sake of it and the sheer challenge of it… I’ve been in a band for six years, so I’ve fulfilled a certain way of writing music for that project, and now I’m trying to challenge myself to write in a completely new way.”

“The whole idea around the record was about the year I had in 2019,” Tarek reflects. “I was trying to figure out what I was gonna do. I had just moved cities, I had left my old band. I was now in Liverpool – and I had no clue how to get going. It was quite an intense stop after being on the road for six years. It felt like I didn’t know which way to go, and I was just trying to figure everything out in my head.”

On his creative process, he explains: “I definitely don’t go into the studio unless there’s something on my chest. The reason I’m writing in the first place is that I’m trying to express myself, and that’s generally because I’m feeling down, or I feel a bit lost or confused. Then the process of actually making the music improves my mental health and makes me feel better by the end of it.

“The best music is always written when you’re feeling something that isn’t right and isn’t connecting with who you are or who you should be, and that for me is when you need to capture the energy and make sure you grab onto that and just go with it for a while.”

“I’m trying to keep records a bit chaotic,” he laughs. Having worked with many young artists over the past few years, he comments: “I don’t want to make records in slick studios; it doesn’t appeal to me. It’s more challenging to get artists to want to stay true to the sound that made them popular in the first place because if artists have been made popular by music that they’ve created in their bedrooms, and then they’re being thrown by huge record labels into these studios, it doesn’t sound very good for some of them… I’m in the middle somewhere between the really DIY studios and the really slick studios, so I’m trying to juggle everything.”

On the impact of lockdowns and coronavirus on future music, he considers: “I’m looking forward to a lot of new music coming out and a lot of new bands who have started out during lockdown. I think there’s going to be a huge wave of music that doesn’t necessarily fit in with what was most popular before lockdown. Like, post-punk was really doing the rounds before lockdown, and I personally feel like I can’t pursue any more post-punk. I need something different. There’s going to be a lot of new artists pushing slightly obscure genres into the mainstream, more so than ever.

Taken from the August 2021 edition of Dork, out now.  Dead Nature’s debut album ‘Watch Me Break Apart’ is out now.