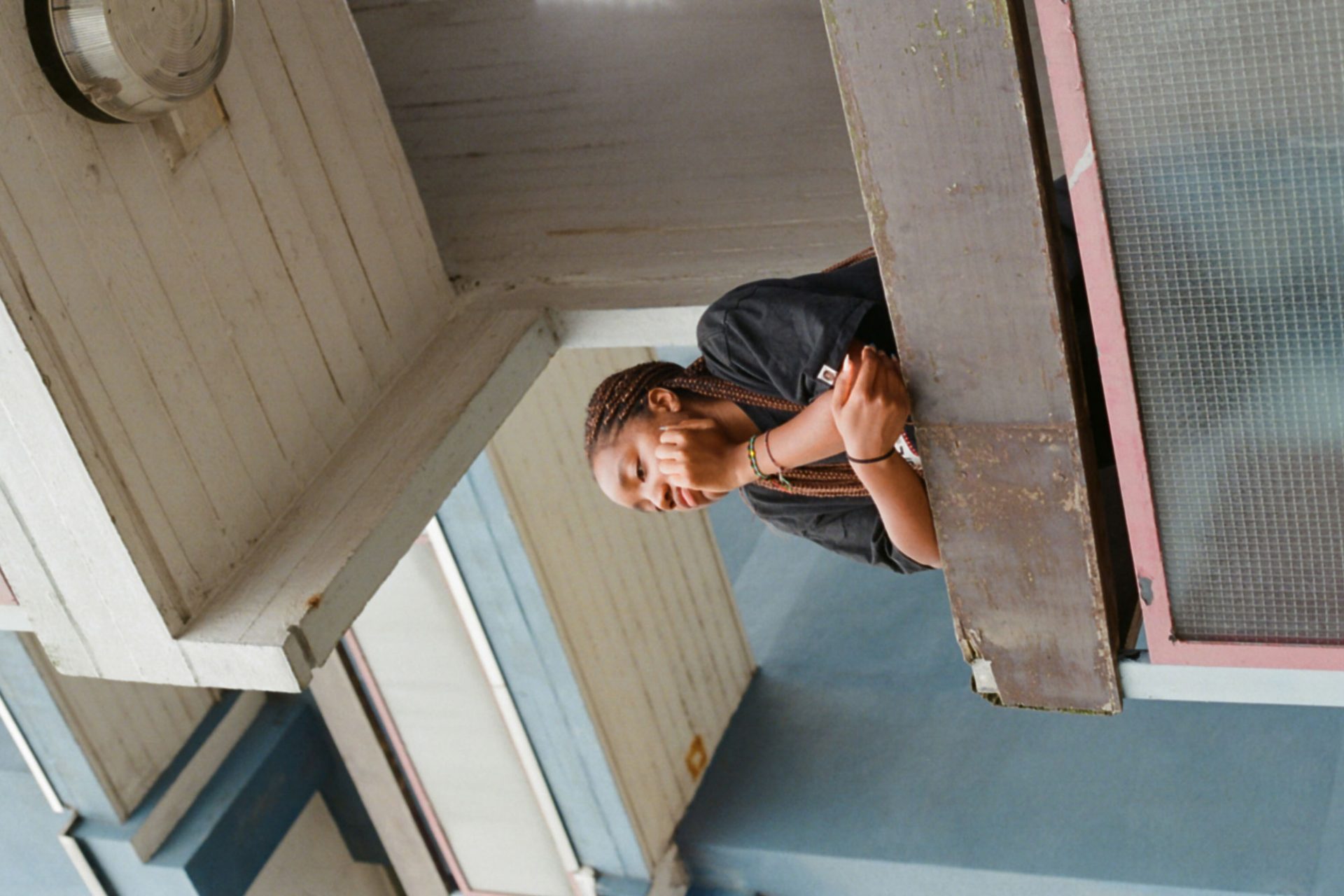 Dexter: “I wasn’t expecting anything from it at all. There wasn’t really a plan”

South West London’s Dexter has just released her debut EP ‘I Do Love A Good Sandwich’, and if that’s not enough to win you over, well – you’re reading the wrong magazine.

“I’m really obsessed with buildings. They are my favourite thing in the world.” It’s not the usual thing we hear from a pop star, but Dexter isn’t your usual pop star, so let’s go with it. “I think I like them more than music. I love buildings so much.” Which buildings are her favourite? “There is this building near my house called Westbury Estate, and there’s this block of flats in Camberwell on Windham Road. I also love Trellick Tower. I did a 15-minute talk about it before. Buildings are great.”

So, yeah, buildings are great, and so is Dexter. If you don’t know who Dexter is, then it’s the name used by 18-year-old Charmaine, who has only been making music for 18 months but has already made quite the impression with DIY self-uploaded songs that highlight the wild and raw emotions of youth with an endearing resonance.

Dexter also has an incredibly singular and brilliantly chaotic energy that makes her stand out from pretty much everyone else. The way she talks about music makes it sound like the easiest and most natural thing in the whole world. Like a lot of new artists, the pandemic provided the impetus to turn a hobby into something that just might turn into a career. “I had my birthday on Zoom last year,” she begins. “That was like the first lockdown where they were like ‘DON’T LEAVE YOUR HOUSE’. I showed my friend the garage song I made, and they were like, ‘Oh my god! Put it on SoundCloud’, and I was like, wait, what? They put it all over their Snapchat stories, and people were actually saying stuff about me. “I listen to it now, and it’s actually quite awful, but at the time, people were really nice about it. I was like, hang on. Maybe I should make more. And then I made more.”

There you go. As simple as that. Of course, that belies the beauty and vibrant freshness that goes into her songs, like the blissful bop of ‘Blue Skies’ and the tracks created on her latest EP, ‘I Do Love A Good Sandwich’. Of course, even if Dexter never recorded another note of music again, she’d already be iconic for that title alone. It’s almost as if her burgeoning success has come about by accident, though, and Charmaine is surprised at how Dexter has taken off. “It was completely for fun until actual people started actually speaking to me, and I was like, oh, the only reason I ever put a song on Spotify was so I could say I have a song on Spotify,” she says.

“I wasn’t expecting anything from it at all. There wasn’t really a plan. Initially, the first thing I wanted to do was make garage music because during the last lockdown, I was really obsessed with it.” Circumstances, though, forced her into fortuitously making the type of rudimentary music that has so enraptured people. “You know when you buy a YouTube beat? And you type the person and name into Soundcloud? Well, I couldn’t buy a beat. I’m 18, I don’t have that kind of money. I didn’t have the equipment to record myself. I just had my phone, so I thought maybe I should just use the stuff I can and try and make the music I can for now.”

Dexter’s whole set-up at the moment is intimate and effortless. Despite her first recordings being self-recorded on acoustic guitar, this is not necessarily her preferred medium. “With the guitar songs that I write myself, it’s kind of just when I’m bored,” she laughs. “I’m really comfortable; I only really work with the same two people, so I’m really comfortable with them. Shouts to Dom and Chris.”

Over the course of this year, her working practices have ever so slightly become more advanced. “It was nice because one of the people I work with he’s only just moved to a new studio,” she says. “This studio is in his bedroom, and the other guy is in his sitting room, so it didn’t feel too far from how I had initially started out, so it felt quite nice. It didn’t feel too big of a step.”

Of course, Charmaine now realises there’s an active captive audience for Dexter, which changes things a bit. “Now I think more about the songs. I judge myself more than I did before with the songs I make. Before it would be, I made a song and put it out myself three days later,” she says.

The musical touchstones for Dexter range from modern-day icons like Tyler, The Creator (“my favourite person on the entire planet”), to rising stars like Beabadoobee and bona fide legends like Phil Collins and Sade. Mostly though, the artists that truly inspire Dexter are young, fresh and making exciting music with no boundaries. “I feel like it’s a time when people are trying to find more underground artists and sounds,” she says excitedly.

There’s a refreshing candidness to Dexter. She has no time for pointless conceptualism or self-indulgent waffle; she just makes what she likes and does what she wants. “Each session I had was on a Saturday and Sunday in February and March, and those are the songs,” she says about the time spent making her latest EP. “I had four songs and was like, EP! It wasn’t anything else. I always complicate things for myself when I try and make them too thought out and just ruin everything. So yeah, it was just four songs, pretty much.”

While she doesn’t think too deeply about the creative process, Charmaine is aware of how there’s huge scope for Dexter to develop and a devoted audience to go with her, and it’s now about how she navigates that with the whole business of performing etc. “I’m struggling with finding out what kind of music I want to make,” she ponders. “I know I started with all the guitar stuff and acoustic guitar on my phone, and that might be interpreted that that’s the type of music I make, but the only reason I made that is not that I would have but because it was all I had. I guess it’s now me finding ways to develop my sound beyond my phone and beyond the songs on the EP. I don’t want to just put myself into one category of music. I don’t think that would be fun. It’s finding ways to develop my sound and making more songs.”

Taken from the November 2021 edition of Dork, out now. Dexter’s EP ‘I Do Love A Good Sandwich’ is out now.