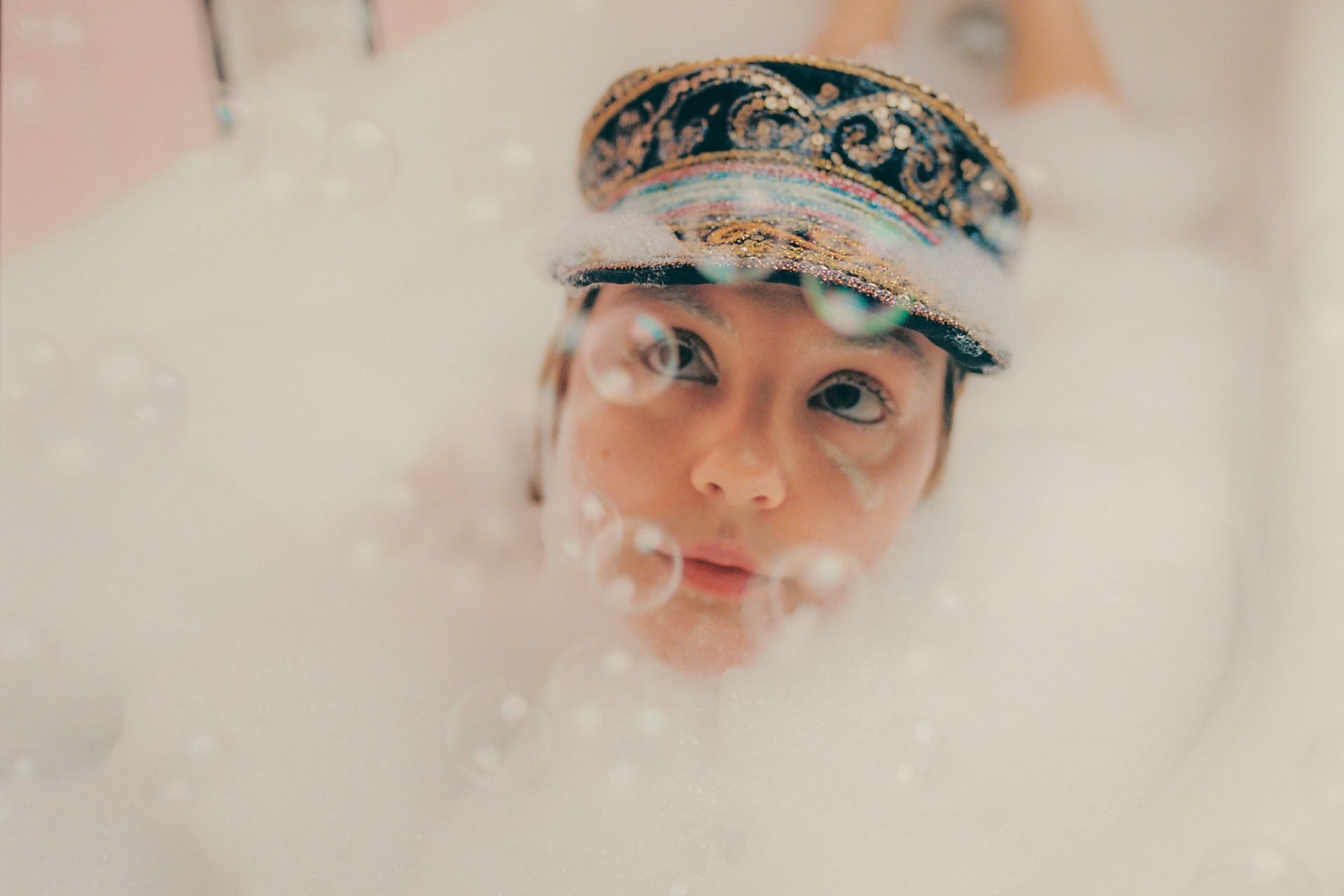 Dora Jar: “I feel like Billie Eilish’s biggest fan, she’s changed my life in so many ways”

Not everyone gets the call up to support Billie Eilish, but Dora Jar isn’t your average newcomer.

Picture this: You’re at home, minding your own business, when, suddenly, your phone rings. The caller – Billie ‘Bad Guy’ Eilish: “Can you open for me on my stadium tour?” Uhm, let us check our schedule real quick… YES?! *continues to cross out any prior commitments*

This at least is how we imagine the conversation went when America’s next most exciting newcomer Dora Jar got the overwhelming news that she would be supporting Billie on the American leg of her ‘Happier Than Ever’ tour.

Talking to Dork two days before playing Madison Square Garden (!!!), Dora gushes: “It’s very surreal and so beautiful! I just feel so grateful that we have this mutual appreciation for each other. That’s mindblowing because I feel like truly her biggest fan, and she’s changed my life in so many ways over the years. She’s the realest, most down to earth, beautiful soul, and it makes sense that her fans are the same way. Billie has the best fans in the world, and I feel so lucky to be a part of this.”

After a very unfortunate case of Covid forced Dora to pass on playing some of Billie’s earlier tour dates, she counts herself incredibly fortunate to have been given this once-in-a-lifetime opportunity for a second time. “It’s such an interesting lesson in letting go and having faith and being grateful for whatever comes,” she muses, reflecting on a long journey of practising patience. “In my past, I was very not trusting of my life and the way things were happening. I had a lot of frustrations about what my fate was going to be and comparing myself to others,” she says. “That’s a real thing that you have to grow out of.”

Talking about her experience of cultivating faith in herself and her art, it’s easy to see the emotional intelligence fuelling each statement. Here is an artist who has worked very hard to build a stable foundation for herself. She continues: “I’ve had this realisation that my path is waiting for me to realise I’m on it. It helped me to reframe ‘no, I’m not on their path, I’m not on their path, I’m on mine.’ I’m living my future history, and this moment – even if it’s really uncomfortable and painful – it matters. It’s going to be the fertiliser for everything else.”

More specifically, the fertiliser for a collection of songs that went on to become her ‘Comfortably In Pain’ EP – a magnificent record that chronicles pain in all its shifting forms and sizes, whether that’s physical separation, a literal breakup or “singing through the pain”.

Following last year’s debut EP ‘Digital Meadows’, ‘Comfortably In Pain’ finds Dora at an intersection of contradicting mindsets. “I really wanted to think about the paradox of the meaning in there,” she says of the EP title. “On one side of the coin, I am blessed in my life to have a bed, and a home, and friends and have all of these beautiful comforts, and yet there are things going on in my mind and my heart that are very painful. It can feel like this weird dissonance, like, why am I in so much pain when everything is so comfortable?

“I had to really work on trusting myself and my path”

“But on the other side of the coin, there’s this magical thing that happens when you accept your pain. You can translate it into a comfortable feeling knowing that you don’t have to suffer on top of the pain; you can just feel it, accept it and find comfort in knowing we all have pain, and we can connect through that.”

Sonically, the EP is a spectacle in itself. Cinematic nostalgia meets fuzz-rock meets magical realism. All in the space of 15 minutes. In short, ‘Comfortably In Pain’ perfectly captures Dora Jar’s magnetic appeal: a voice nothing short of captivating and a knack for impactful one-liners.

Having grown up in a wonderfully kooky family – her mother an actress; her father a Polish translator and interpreter – Dora is a theatre kid with a love for everything quirky. It’s an aspect of her personality that started to seep into her music once she learned to accept the eccentricities of her life and used them to “fuel the imagination of it all.” Thank God for that! Otherwise, we may have never got to experience the bubbly sceneries of ‘Tiger Face’. “It’s inspired by my mom,” Dora laughs. “There was one time we were walking around LA, and she just burst into song – as she does ‘cause she’s a kook: ‘spontaneous remission from a great depression’, because she suddenly felt very happy that we were walking in Venice.”

But, of course, we can’t talk about Dora Jar without talking about the lonely mermaid. A character Dora invented when writing crystalline single, ‘Lagoon’. “I guess it’s a way to personify an emotion. With ‘Lagoon’, writing from the mermaid’s perspective, the first line that came to me was ‘I want to be medically examined by you’. I thought that was sexy, kinda, but also, ‘there’s something wrong with me, and you need to find out what it is’. I felt kind of embarrassed to sing that line right off the bat. So, I prefaced it with ‘okay, this is a mermaid singing this’.”

Some artists have personas; Dora has characters that are basically just Dora in fancy dress. A mermaid tail, a funky hat, maybe a moustache on the next EP. Whatever disguise she decides to don in the studio, her intoxicating personality keeps shining through. It’s the essence of her sound, the very thing that makes her records feel so charismatic. With influences ranging from The Beatles to Gwen Stefani to Foo Fighters, there is no tying Dora Jar down to a genre. You’re welcome to try but convincing her to settle for one singular sound is like asking Andrew Garfield not to explore musical roles. It would be robbing the world of some seriously inspiring moments.

“Growing up, it was just me and a guitar,” Dora recalls. “I was craving expanding the sound, and people would be like ‘oh, she’s a singer-songwriter!’ and I was like urgh (insert growling noise here). Not that I have anything against that, but I was just like, ‘I’m not just that?’”

If you ask Dora about her sonic concept, the answer is surprisingly simple. “The idea is that it’s a house with many rooms that are decorated differently, and you can walk through them.” Well then, let’s get wandering around the colourful halls of ‘Comfortably In Pain’. And if, at any moment, you find yourself trapped in a cloud of self-doubt, wondering why on earth you didn’t think about writing a song about the scab on your leg, remember this little snippet of wisdom. “The work that I’ve done, in therapy especially, helped me realise that jealousy is actually inspiration. Everyone experiences that icky feeling, but you can translate it into something that feels more abundant and connects to people. That’s what we’re all craving in life: how do we connect with each other?”

Taken from the April 2022 edition of Dork, out now. Dora Jar’s EP ‘Comfortably In Pain’ is out now.