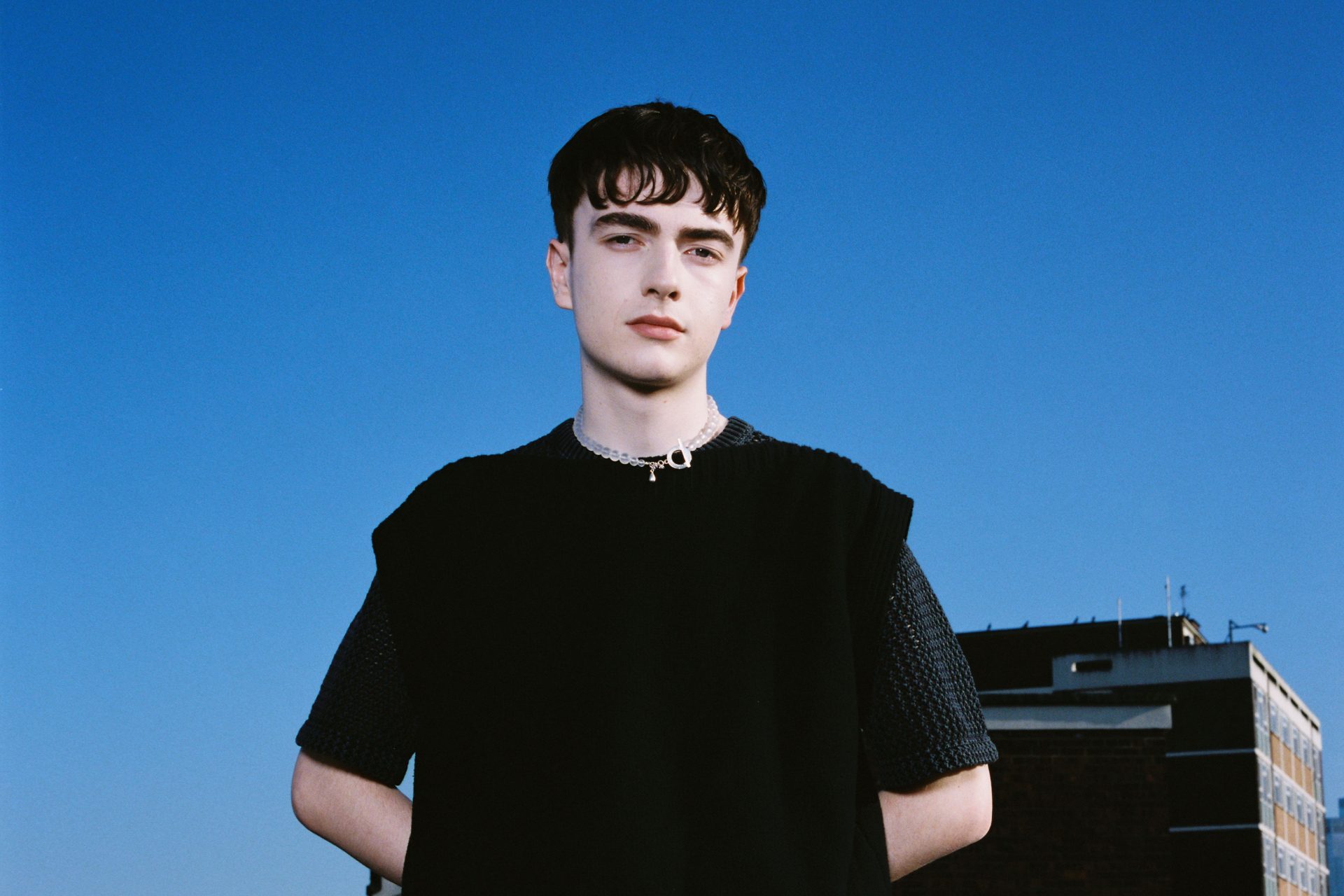 Dylan Fraser: “My music is always just a bunch of thoughts and feelings; it’s a big brain fart”

Scottish teen Dylan Fraser is a fan of mixing it up.

Dylan Fraser is Scotland’s latest music export destined for nationwide domination, but his arrival is certainly not as sudden as it might seem.

Hailing from a suburban town between cities, Dylan grew up in Bathgate, something of a musical trench that forced him to turn inwards for inspiration.

“The best thing about growing up here was the space and time I had,” he calmly reflects after a year of bouncing between London studios and his childhood bedroom, a situation experienced by musicians across the globe this past year. This pursuit of the big city has been a lifelong ambition for the young artist; while Dylan had to turn to the internet to find his influences, this life online allowed him to self-manifest a career in music and propel his ventures forward.

“I started my own social media company when I was in college, and I used the money I was making from that to come to London,” he humbly reveals. “I started taking any studio session I could get, networking and meeting people – labels started to take notice of the music I was making, and it all started to spiral from there.”

Capitalising on his own drive has allowed Dylan to realise the dreams of his three-year-old self, not only establishing himself as a promising young musician but in fact exploding onto the scene with 2020’s debut single ‘Vipers’, a track from his thrashing ‘The Storm’ EP.

In a year of inactivity for many, Dylan had his busiest one yet in terms of industry experience, releases and focused growth. Going into the pandemic (won’t mention it again, promise) as a kid chasing his dream, he has blossomed into an expansive and progressive new artist on the block. He confides: “I’ve played gigs in the past, but it was just me and my guitar, and for the most part, I was just singing other people’s songs, none of the new stuff I’m releasing now.”

A ‘Wonderwall’ cover act seems a world away from the multi-faceted creative speaking to us over Zoom. Not conforming to any specific sound, Dylan has eluded the stamp of any one individual identity across his discography to date, which already flexes propulsive electronic beats, shimmering and subdued guitar moments and even deeply hypnotic pop environments that he carefully trims like a delicate gardener of soundscapes.

“I didn’t intentionally set out to explore a bunch of different genres; it just happened. One day I wanted to do a folk song, the next, I wanted a Nine Inch Nails track,” the 19-year-old reminisces. “I can’t seem to tie myself to one sonic. My music is always just a bunch of thoughts and feelings; it’s a big brain fart of everything I’m going through and everything I want to talk about.”

Grasping at pillars of influence as appropriate for each track, Dylan’s initial steps are introspectively informing thematic commentary in his grand, newfound reality. Genre abandonment is allowing these deliberate musings to radiate a timeless feel, one not bound by the scene of 2021 in which they are dropping. As Dylan explains, “the most timeless songs are emotions, feelings and thoughts that everyone could relate to and still can now. If you’re honest and real, there are going to be people out there that feel the exact same as you.”

One unforeseen benefit of this unbound perspective is an aura of intrigue, which Dylan picks out as a key characteristic of his musical heroes. “My favourite kind of artists are the ones that make me stay up until midnight to hear their new track because I have literally no idea what it’s going to sound like,” he observes. “The best artists show all sides of themselves; it’s not like they can just do one thing. I want to do the same. I never want to be predictable. One of my favourite things to do is just play around and see what works and what doesn’t.”

Tremours of tension are perhaps the one foundational element that is consistent across Fraser’s efforts so far, which he justifies with a quick rebuttal: “I am pretty intense!” This much is obvious, as recent track ‘Nightmare’ – the first glimpse of a new EP – lays out. An accompanying video instils the sense of unease that the song is brimming with; uncertainty and desperation is expelled from the driving and anthemic chorus that clearly serves as an act of catharsis for the songwriter.

“The song is about me feeling this anxiety that just builds and builds and builds, then suddenly I have one week where I’m all over the place,” he describes. “It’s about one of those weeks where I’m totally out of it but still have things coming at me from all angles; it’s just overwhelming, and I don’t know how to process everything going on around me. It all seems chaotic – like a nightmare.”

A claustrophobic scene shows Dylan trapped within some sort of anonymous, sterile facility that keeps him trapped in a loop. “I’m stuck in a cycle that I can’t escape from – like in my head,” he unveils with a smirk. “I really tried to make this one a journey by introducing different sounds at the right time. A lot of my favourite artists like Radiohead do that; the songs are more than just a song, they take you through all these different places – I describe it as an experience, just like a movie.”

Evidently, a passion for imagery is as present and nurtured as the attention put into the sonic elements of this track. Running a string of Instagram photography and meme accounts has evolved into a mature appreciation for fashion and sharp visuals. He perks up with excitement at this topic. “It’s really important for me to be able to piece together my work as a whole – being an artist is all about the art, and that encapsulates music, fashion, imagery, videos… all of it. I love doing it, and it all comes quite naturally. Sometimes you start making these things, and the first draft isn’t quite what you’re going for, but you have to trust the process and keep refining. It always works in the end!”

Confidence is shown in abundance here, although the lyrics of this freshest offering disclose anxieties to be expected from an artist as vigorous as Dylan. “I think every creative experiences things pretty intensely,” he explains. “We all go through similar thoughts and anxieties. That’s why I love songwriting; it gets these thoughts out of my head onto paper – it makes it less chaotic up here and gives me more room to focus. This industry is pretty confusing and lonely, so it’s really refreshing to meet other people going through the exact same things.”

A new master of e-meetings, Dylan has now fortunately been able to physically meet some peers who, despite grafting through similar circumstances, all seem to find their own uniquely strange method of paving their musical career. “There’s no rulebook to creative industries,” Fraser declares. “You have to learn as you go, and everyone’s path will be completely different, so it can be really difficult and confusing when you compare yourself to other people – you can’t replicate anything that anyone else does. In the music industry, it’s impossible to have a plan because things always happen that you don’t expect.”

Taken from the September 2021 edition of Dork, out now. Dylan Fraser’s EP ‘THE WORLD ISN’T BIG WHEN YOU KNOW HOW IT WORKS’ is out 10th September.