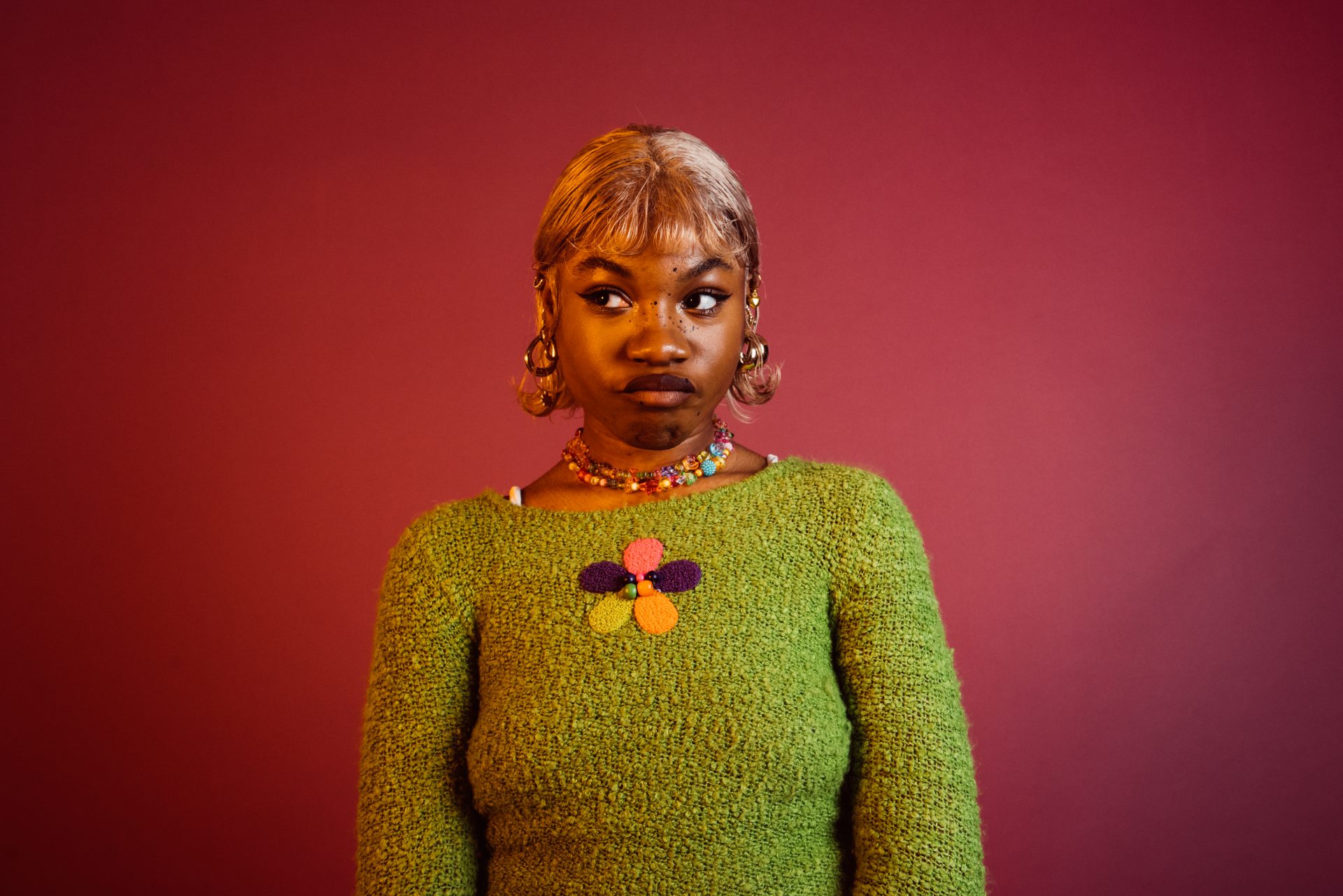 EFÉ: “Artistry is bigger than just the music for me”

Keep your boring new popsters, we’re only interested in the ones with true star power – and nobody has more of that than EFÉ.

Most promising new artists can do good songs. That’s a given. The really special ones, though, can transcend the hype and turn good songs into a whole exciting world you can immerse yourself in, recognising that personality and character are what makes a star. Right now, few other artists better represent this than Irish alt-popster EFÉ. Welcome to her fantastical world.

EFÉ is one of those brilliant pop magpies who take sounds, influences and inspirations from all manner of different places, collating them in exciting collages of sound, visuals and creativity. Born Anita Ikharo, EFÉ is 22 and based in Dublin. She’s already released one EP, the dreamy bedroom pop stylings of 2020’s ‘What Should We Do This Summer?’, but this year she’s firmly taking things to the next level and ramping up her boundless creativity with her second EP ‘VITAMIN – C’. Going right back to her childhood and formative musical memories, it was clear that EFÉ was destined to be more than just a singer singing her songs. “I love the idea of music videos,” she says excitedly. “That’s what drove me to want to make music, so I can have my own music video. I was watching 90s and 00s music videos last week, and I was like, woah, the standard back then was insane. I was watching a Black Eyed Peas video, and I was like, oh my gosh. It was ‘Let’s Get It Started’. How is that even possible?”

That’s the level she’s aiming for with her creativity, but naturally, it’s a winding journey to fully realise that for an emerging artist. If you watch the evolution of her music videos on this EP – from the sweet story of falling in love with Coco the bear on the gorgeous single ‘Kiwi’, to the melodrama of the reality-aping talent show caper of ‘Lime’ – it’s clear that we’re dealing with a singular talent with a flair for the unexpected.

“I love music videos; that’s what drove me to want to make music”

“I just want to be seen as a super creative person,” she explains. “Not only having the music to just back me up. The whole vision is what’s important to me. Music and artistry is bigger than just the music for me personally. Fortunately, music allows me to do so many other things and express myself in so many different ways.”

One of her biggest influences is an artist who perhaps best represents blasting out of your own supposed lane and realising your own vision. In typically off-beat EFÉ style, though, it came with a twist. “I feel like my biggest influence was Beyoncé,” she begins before laughing. “I remember there was a time when I was like, Oh my gosh, the Illuminati is real, so I’m not going to listen to Beyoncé. I stopped listening to Beyoncé, and I stopped listening to music. I had huge confidence when I was younger that if I made music, I’d be famous, and the Illuminati would come and find me. It was insane. I was so scared.” Fortunately, she’s still here, and the Illuminati are still out there. Wherever they are. Another big influence for her is Tyler, the Creator. He’s someone who has a shared aesthetic for invention. “I love the cultural influence that he’s had in music,” she says. “He’s built an empire that’s so inspiring.”

Despite her brief career so far, it’s clear that EFÉ’s also inspiring a new generation of young artists within the alt-pop sphere. “A lot of it has been that I don’t see people that look like me in this type of music genre, so it resonates with people that they’re getting a different presentation,” she explains. “That is so important to me in showing people who look like me that you can do this and do that. When I listen to messages like that, that’s really, really cool.”

‘VITAMIN – C’ is a step up and a subtle evolution of the world that she is creating. Everything is linked and woven together, from the music to the super bright and colourful imagery and artwork to the iconic music videos. “Through knowing myself more and having more experiences, I’ve definitely been able to develop my writing,” she says. “’What Should We Do This Summer?’ overall had a theme of nostalgia, but it was kind of spread out in the writing, whereas this EP is more close-knit. What’s also really cool is the producer who.killed.romeo, as well as Adam Kelleher, who directed my videos; we work all together, so we’ve all developed together as we go on to this new project. I’m growing and developing in sound, but so are they, and we elevate each other together.”

The gradual evolution of the EFÉ universe is one that happened organically, yet even EFÉ herself didn’t originally truly appreciate what she was creating. “With the first EP, I didn’t really realise I was building this world around me until people kept mentioning it,” she says. “Building a world and creating a concept. It’s really cool to see. I think it brings the listener along on the journey where they can be like, ‘Oh, I understand where this is coming from’. Everything is connected. We all want to be able to understand what’s going on and see a story or pattern in something. I think that’s very important for us. It’s important for me to show my personality and my humour.”

“I had huge confidence when I was younger that if I made music, I’d be famous, and the Illuminati would come and find me”

Humour is an underrated concept in pop, and EFÉ has it in buckets. She’s a perfect representation of Down With Boring. Naturally, though, in today’s hyper-social culture, the importance of always being ‘on’ poses its own issues. “It’s been weird to navigate it,” she admits. “It’s been strange promoting yourself recently, especially with TikTok and everything. How do I do this where I feel I’m not completely selling myself, and I can do it in a way that will still resonate with me? That’s something I’m trying to figure out.”

The one thing that truly defines EFÉ at this point in her career is burning ambition. There are no barriers to her creativity. Anything is possible. “I want to make more really good music and just go even further creatively,” she exclaims confidently. “I want to push more and influence the creative space. I want to have a strong vision that resonates with people. I want to be even better live and have more people come away from my shows saying that’s amazing.” ■