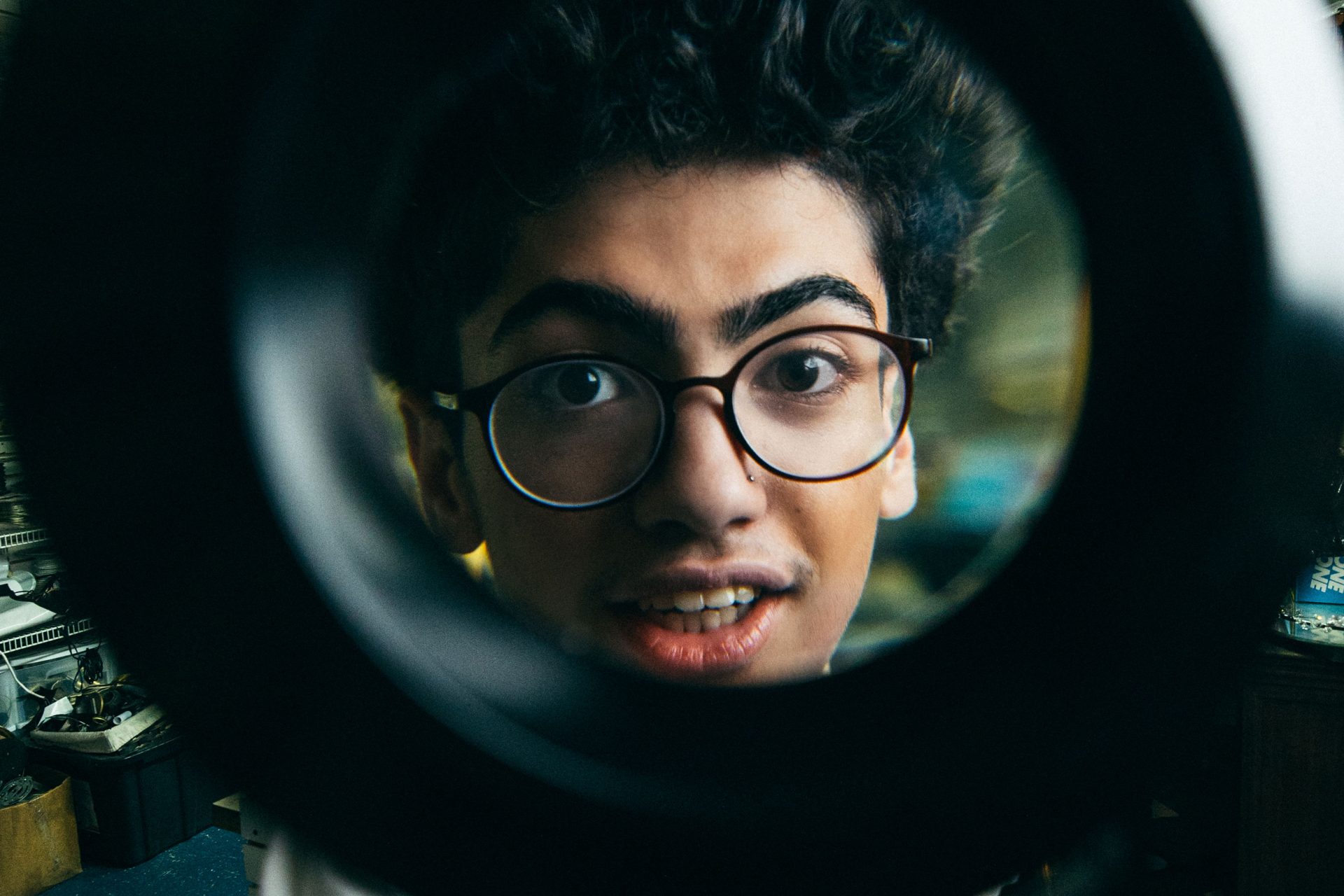 ericdoa: “It really feels like I found my purpose in life, even though that’s wild corny”

Loads of acts claim to sound like the future, but 18-year-old up-and-coming ericdoa could well be it. Heading quickly for the big leagues, and with a new collab EP with glaive, the buzz is real.

It’s all coming up ericdoa right now. Freshly connected with big deal labels and making a whole lot of buzz, the 18-year-old has all sorts going on. From his own fizzbanging efforts to collaborations with fellow hype-merchant glaive, he’s part of a wave of acts that rip up genre expectations to make something all together more exciting. That, and he’s not afraid to smash up his car in the name of a good pop video. We dropped him a line to find out more.

Hi! How’s it going. What are you up to today?

Right now, me and my roommates are eating soft tacos; they going crazy.

What kind of artists inspired you to get into music? Did you have a musical upbringing?

I actually did have a musical upbringing. Being Puerto Rican, it’s a very big part of the culture. My family members always had some sort of instrument in their hand. Lots of artists inspired me, like A Tribe Called Quest, Teena Marie, Rick James, and a lot of SoundCloud shit in my high-school years.

What first sparked your interest in giving it a go. Was there a specific artist or song that made you want to try it yourself?

Seeing SoundCloud’s culture and how everyone had a community really inspired me. Seeing all these really interesting people make very unique music really made me think, “Damn, I could probably do that”, lol.

There’s a whole bunch of acts coming through that all feel quite collaborative – you’ve done loads with glaive, as well as others. How does that kind of thing come about? It feels to have more freedom and creativity than with lots of traditional artist collabs.

It’s really just being friends; I hate when any type of musical friendship is forced because you can obviously tell in the music that there is no personal chemistry. I believe to be creative, you have to understand everyone around you first. Otherwise, whatever you make together comes out awkward.

You’re all frequently grouped under the Hyperpop banner – is what you’re doing a bit wider and genre-free than that suggests?

Of course. I’ve spoken countless times about how much it’s a blanket term, but what me and the bros are doing is so much more. And I cant wait to show you all.

Are you creative in non-musical ways too?

I like to think so. Before I made music, I used to make cover art for artists and freelance work for companies. I like drawing and writing screenplays that will never see the light of day.

Now you’re releasing music alongside a major label – has that changed much about how you’re working? Is there more pressure to deliver a certain kind of thing to a deadline, or are you basically free to go where your creativity takes you?

Nothing really changed, to be honest. No one can ever change our workflow; I will not allow it, lol.

Very hard to pinpoint, but I love the writing on this one unreleased song that you guys will hear very soon.

What’s your favourite thing about being a musician? Is it living up to the hype?

It’s so cool; I never really felt like I was good at anything. Now that I finally am where I’m at, it really feels like I found my purpose in life, even though that’s wild corny. And, ehh kinda living up to it, I wouldn’t really glamorise being put in the public eye and being a musician.

What are you working on at the moment? Are there any big plans afoot?

Currently, we are working on my project titled ‘things with wings’. So many big things are coming thing and next year. So happy with how everything is turning out.

In the video for ‘back n forth’, you blow up your car. Can you get the label to just buy you a new one now? Do we need to start a campaign?

BRO PLEASE. You would think that too, dead might have to text Janick for my one favour. But man, no campaign needed, just need to stop being a cheapskate and bite the bullet.

Taken from the October 2021 edition of Dork, out now. ericdoa and glaive’s collaborative EP is out soon.