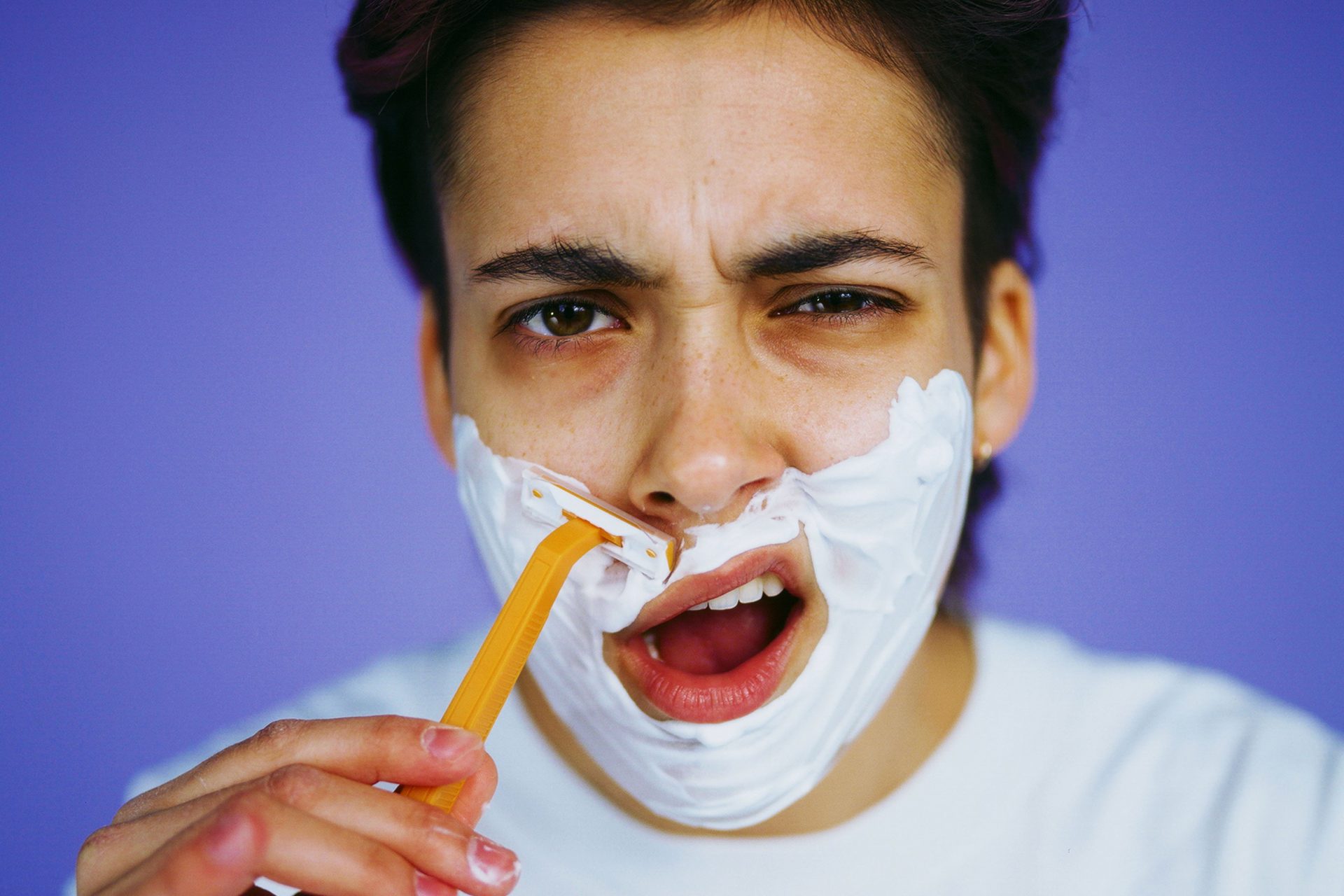 Evann McIntosh: “I knew I wanted to be some sort of artist when I was like 7”

Alt-pop newcomer – and Ivor Novello nomTeen up-and-comer Evann McIntosh is both prolific and has a formidable hit rate for playful, R&B and funk-infused smooth pop hits.

Everything about 17-year-old Kansas singer-songwriter Evann McIntosh is adorable: their output is honest, relatable, and utterly charming; they occasionally wear very good jumpers; they love Remi Wolf. They’re basically us if we were way cooler, had better hair and did like, music stuff, instead of writing about music stuff (right guys??). They’ve just dropped a new project too, coming-of-age romp ‘Character Development’.

Hey Evann, what are you up to today?

I just got back from dancing in my garage, and it’s like 90 degrees outside.

It was always something I was drawn to, but I think I really knew I wanted to be some sort of artist when my dad first played me the song ‘My Drawers’ by The Time in his car when I was like, 7.

How did you make the jump from listener to creator?

I was just always writing and making up my own songs. It was a very natural thing because I was so young.

Do songs find you, or do you usually have to find them?

I’m too stubborn to take something when it’s given to me, and it is so annoying, and I’m working on it. Because my father was a big fan of [80s Prince collaborators] Morris Day and The Time, and a lot of those songs influenced a lot of my childhood, and yet I didn’t really get into Prince until he’d passed away when I was 12.

Your new project is fun, when did you begin work on it? Can you remember your starting point?

It was two weeks after [2019’s] ‘MOJO’ was released I think. The first song was a song called White, White Velvet, which didn’t make it on. And thank you, I think it is fun too.

How did the process of putting it together compare to ‘MOJO’? Did you hit upon any unexpected challenges?

It was very similar; I was in a similar place. In both of these, I was very frustrated in my environment with no reason why; the only difference is with ‘Character Development’, I’d begun to pick up on patterns.

You evolve so quickly during your teenage years, how is that reflected in the music you’ve been putting out? Do you still relate to your earlier material?

I do not. Sometimes I do. My music progresses like I do, whether it’s lyrically or sonically. I think I don’t realise how much I do like my music until I’ve stepped away from it for almost a year and come back to it when I’ve not heard it in a while. I can reflect and give myself the answers to the questions I was asking.

Your influences are pretty eclectic, what have you been listening to / reading / watching lately?

I’m trying really hard to really read and finish my books. I could NOT get through The Hunchback of Notre Dame for the life of me. I got far, but I couldn’t do it. I am currently reading The Adventures of Kavalier and Clay. Which is very nice! I heard it was gay. That is what keeps me going. But they are also cousins, so I don’t know.

Are you creative in non-musical ways too?

Yes, I love to draw and write things other than songs; I love to take pictures and dance and everything. I am a very visual person, I see beauty in everything, and I can’t help but want to capture it or point it out so people can see what I do.

Who do you think is the most exciting band or musician around right now?

I do not have one; it’s very much to keep my job and do cool things. I think maybe getting very good at performing and making music in general, just be the best I can, overcome a lot of personal fears or anxieties.

Anything else we should know?

Taken from the October 2021 edition of Dork, out now. Evann McIntosh’s project ‘Character Development’ is out now.