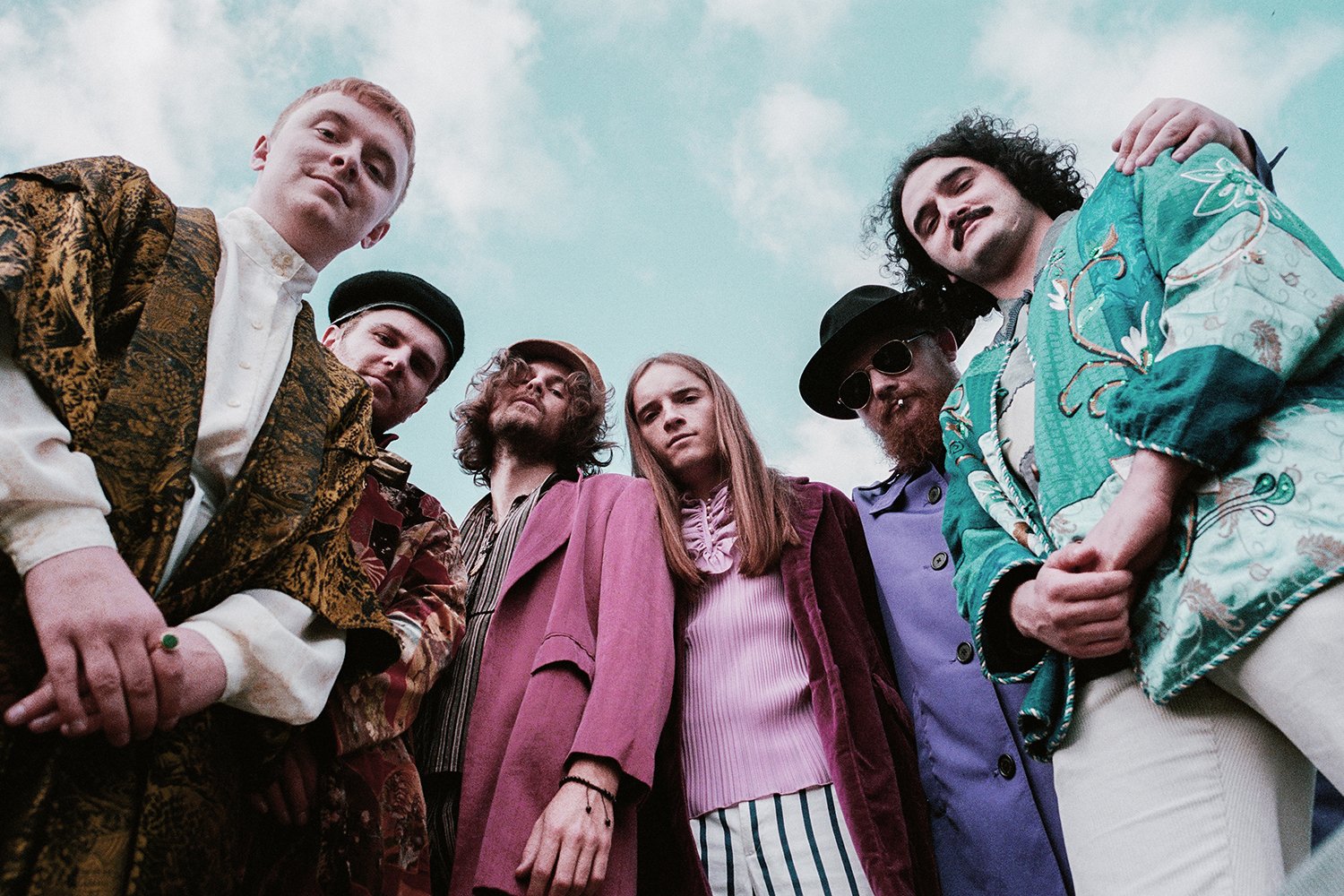 Getting to know… CVC: “Lots of our songs seem to stem from having no money”

With Y Not Festival on the way, and a debut EP about to drop, we catch up with fast-rising newcomers CVC.

CVC – or Church Village Collective, if you want their full name – were named after the place they come from. Because it’s a village. With a church. Called Church Village. See?

Set atop a hill in the Welsh Valleys, 10 minutes north of Cardiff, they’re about to drop a debut EP, ‘Real to Reel’, before heading to Y Not Festival this weekend. With a reputation as a live band to watch only growing, we figured it was about time we did a few introductions.

Hi guys, how’s it going? What are you up to today?
Hello Dorks, we’re doing great. Just in the studio today bashing out some potential future fire as well as soaking up some sun/trying not to burn.

When and where did you all meet? Whose idea was it to start a band together?
We’re all from the same town Church Village hence CVC (Church Village Collective). Pretty much all of us have been friends from a young age/school.

You guys have a new EP on the way, right? What’s it about?
It’s very much an introduction to the band. We’ve been sat on these songs for a long time, so this is very much a hello from us to the rest of the world.
Lots of our songs seem to stem from having no money and the struggles of being amateur musicians, hating our jobs and not liking the music on the radio.

How did you approach curating the tracklisting?
We picked these tracks for the EP as we think at the time, they displayed a range of what we were capable of musically. Basically, for the EP, we’ve tried to show two sides of our musical coin with a mixture of darker, heavier CVC songs contrasted with a few lighter and melodic tunes.

Do you have a favourite place to write and/or record?
We’re quite lucky in our band as we’re never really struggling for content as most of the band members are songwriters and bring their own material for the band.
Everyone records/writes alone, and then we take the ‘best’ or most ‘CVC’ songs and then develop those together to get a final product.
We’re currently recording some new stuff with Ross Orton in his studio in Sheffield as we speak, and it’s been a fucking blast so far, so hopefully, even more tunes for you all in the very near future.

What do you most enjoy writing songs about, generally?
The usual stuff life, love and everything in between. A lot of, if not all, of our songs are written about past experiences, good and bad.

You’re playing Y Not this year – are there any acts you’re particularly looking forward to seeing, or catching up with there?
Well, we’ve already had a photo with Example this year, and we also saw Wet Leg in the backstage area at TRNSMT, and I’m a bit gutted we didn’t say hello to those guys as I’ve been blasting their album for the past few weeks.
If we manage to stick about for the whole of Y Not, it’s got to be Sleaford Mods for me (Nanial), but all the boys have very different musical taste, so I’m sure they’ll be picking someone else.

Do you go to festivals you’re not playing? What have been your faves?
Green Man is always a big favourite for us. We’ve been a few times as punters and would absolutely love to play, but it hasn’t happened yet. So if anyone from Greenman is reading this, you know where to find us).

Have you ever discovered a new favourite up-and-coming band at a festival before?
The biggest one that springs to mind is Katy J Pearson. We’ve caught her playing a few times in various places, and now she’s absolutely smashing it. Always great to watch live, and her new album absolutely bangs.

If you were booking your own festival, who would you like on the line-up?
Neil Young, RHCP, Wet Leg, Public Enemy, Mac Demarco, The Beatles (John & George holograms).

Is there anything else we should know?
Cesco’s family have lobster as a starting course for Christmas Dinner.
Tommy is the world’s only person who can drum in 5/9.
Dave’s Grandad can see around corners.