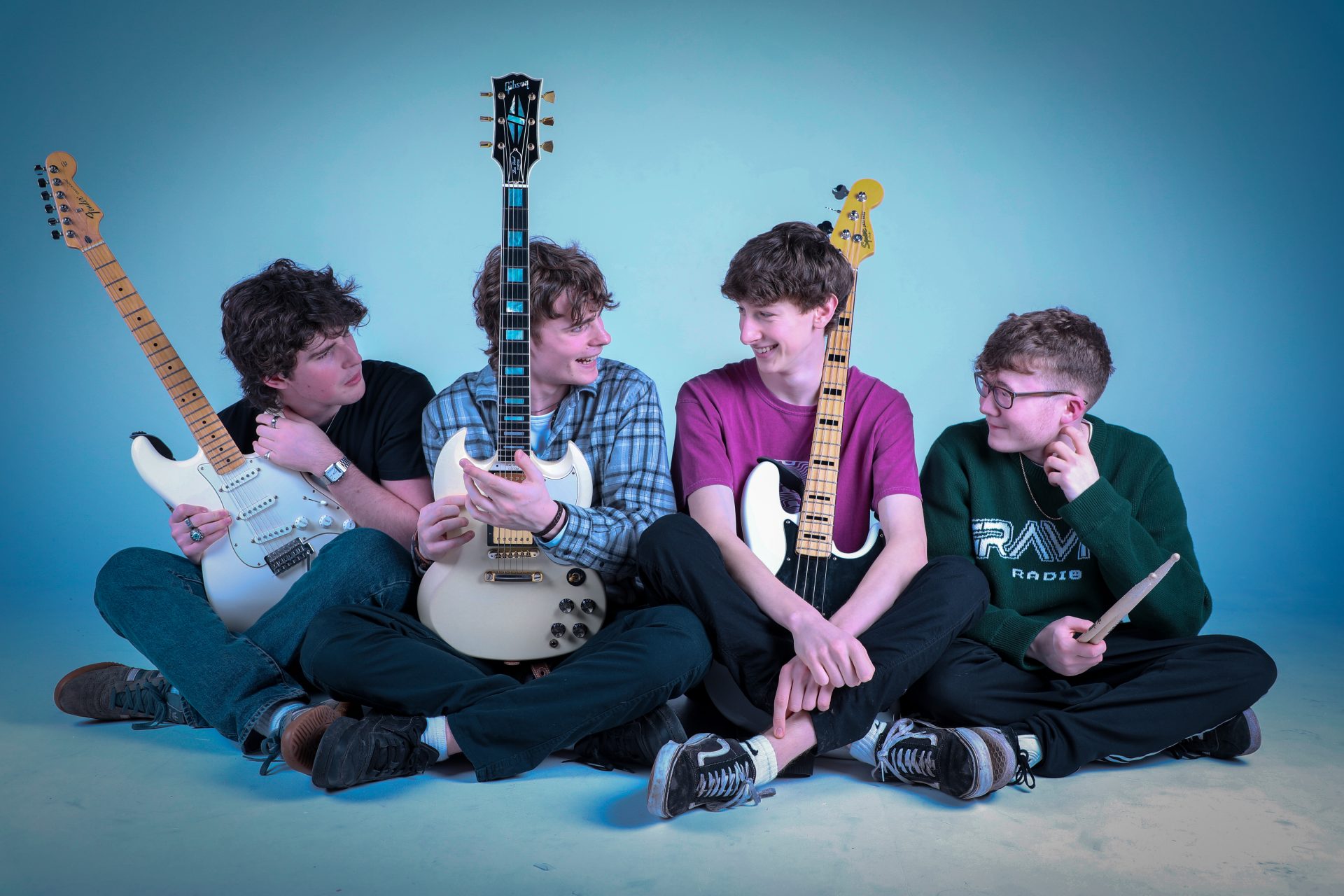 Getting to know… Silverfish: “We accidentally had a huge first gig to about 300 people”

With Y Not Festival on the way, we catch up with Leeds newcomers Silverfish.

It’s no secret to anyone that Leeds is a hotbed of new music. After meeting at a fresher’s week flat party in the city, Silverfish quickly bonded, spending months working on a cache of songs. You’ll struggle to find much of that online yet – it’s very early days – but now, they’re heading to Y Not Festival. Time for a catch-up with vocalist and guitarist Tom, eh?

Hi Tom! How’s it going? What are you up to today?
Hey Dork! Yeah, it’s going really well at the minute. We’ve all just been rehearsing for the last couple of weeks up in Leeds, ready for Y Not. Today we were trying out a sax for our live set and making some vlogs.

Introduce your band – who are you all, and what are your roles within the group?
The band’s made up of Tom Gannon (guitar, vocals and synth), Ben Norton (bass, vocals and synth), Oscar H-J (guitar and sax) and last but not least, George Bolger (drums).

When did you first realise you wanted to make music, was there a moment you can pinpoint?
It was when I visited the Beatles museum in Liverpool when I was about 14. That really inspired me, seeing four normal guys take the world by storm, and I picked up a guitar pretty quick after that.
It actually turns out all of us decided to go to Leeds to study just because of the great music scene it’s got going on at the minute, so we were all set on making a band straight away!

How did you approach finding your sound, did you go through a lot of experimentation?
Luckily for us, we all took gap years before uni, and so by the time we met each other, we’d all basically been doing our own writing for a whole year.
This kinda laid the foundations for us early on, and then it was just lots of rehearsals to blend each other’s styles and to let each other add their own personalities to each other’s songs.

How did you start getting your music ‘out there’?
We recorded some demos at Leeds Conservatoire with some mates and then put some demos out as well as uploading to BBC Introducing.
We also really love playing live, so that’s definitely another way we got our music out. We accidentally had a huge first gig at the union to about 300 people, so it spiralled from there.

What do you most enjoy writing songs about, generally?
I really enjoy writing stories for people to follow through a song, whether that’s nights out drinking, romances or just mundane life.
It’s all about connecting with people, and I tend to write about things everyone’s been through; that’s always been my favourite thing about gigs – when everyone sings along, and you can tell how much the lyrics mean.

What’s your favourite thing about being a musician?
I think I can speak for all the lads in the band when I say the gigs. The whole day kinda feels like Christmas Eve with the build-up before you finally get on stage… plus a case of warm lager never goes amiss.

You’re playing Y Not this year – are there any acts you’re particularly looking forward to seeing, or catching up with there?
Yeh absolutely. We’re all really big fans of Sports Team. Their frontman is crazy (in a good way)! Being from the East Midlands, I’m also pretty biased when it comes to Easy Life, so I’ll definitely be going to see their set in the hope they play some of their new album.

Do you go to festivals you’re not playing? What have been your faves?
Oh absolutely. Me and George are both from Chesterfield and Derby, so it’s kind of a right of passage for people around the area to go to Y Not after finishing your GCSEs!
I’ve also been going to Tramlines since the age of 14 with my family, so that’s definitely another festival to get crossed off our bucket list to play at.

Have you ever discovered a new favourite up-and-coming band at a festival before?
Oh, of course. It’s always great to get to a festival early and see the smaller acts to find some hidden gems. I actually found out about The Magic Gang when they were just starting out at Tramlines. And even got a photo with them, aha.

If you were booking your own festival, who would you like on the line-up?
If we’re talking headliners, it’s got to be Paul McCartney, The Rolling Stones, and then I’d probably be egotistical and put us on as a headliner as well!

Is there anything else we should know?
Hmm, I guess we’ll just shamelessly plug our social media and ask you to follow @silverfishband_, and if you’re coming to Y Not, come and see us on the Friday!