Leeds quintet EADES – who share a line-up overlap with fellow up-and-comers Far Caspian, ‘FYI’ – have today dropped their coming-of-age tune, ‘Same Guy’. A step on from their early days at Leeds College of Music, it sees the boys put an irresistible spin on a dancy, classic New York vibe, and lands as they’re ploughing through demos from self-isolation. When they’re not going on long walks in the countryside, of course. Harry Jordan, Tom O’Reilly, Dave Lancaster and Dan Clifford-Smith (but not Jof Cabedo, whose house has just flooded – argh) tell us about their band.

Hey guys, tell us about your band – who are you all, where did you meet?
Harry: We met at Leeds College of Music playing in different bands, but have recently all started playing together in Eades. It started out as a little bedroom style project but quickly changed into a full band for the better.
So we have Jof on the tubs, Tom plays lead guitar, Dan on percussion and keys, Dave ‘Davros’ on the bass and I try to sing and play guitar.
The band is named after my grandparents, who got me my first guitar. I spent a lot of time with them growing up when my parents split up and wanted to pay tribute to them.
Dan: Harry and Jof were some of the first people I met in freshers, and we immediately hit it off – we quickly decided to become BFFs. Since then, uni has been and gone with many a crazy night spent exploring Leeds’ fine nightlife. Since graduating, Eades was born and soon after these guys started playing together, I joined to add all the fun frilly bits.
Harry: We’re inspired by a lot of garage rock, punk and post-punk bands. There’s also a fair bit of New Wave in there. Thinking about it a lot of the bands I’ve personally been inspired by have come out of New York, for example, Talking Heads, Velvet Underground, Sonic Youth, Patti Smith all the way through to more recent bands like Parquet Courts. It’s just had an insane history of rawer music. I think we can relate well to the DIY ethos of those kinds of bands. We produce and mix all our music in my basement and don’t get anyone else involved until the mastering process, which has helped us develop our sound.

Are you all self-isolating at the mo? How are you spending your days?
Dan: Working from home, editing/mixing string sessions for recording studio The Firm, where I work. It isn’t so bad, but when the weather is decent, it’s pretty killer to be inside.
Harry: Yeh we’re all self-isolating at the moment. If you’re not a key worker, it’s pretty selfish not to be. It pisses me off seeing all these idiots you see on TV still dicking around throwing parties etc. It’s so arrogant.
Tom: I’ve spent my days writing, painting (poorly) and going on long walks in the countryside. As a band, we’ve been very proactive, using all the extra time we have to organise ourselves as much as we can.
Harry: I’ve been spending all my time working on demos for the band. As of today we’ve got about 34 demos finished. I’ve also been trying to use the time to get rid of a few extra pounds I’ve put on over the last couple of years! Greggs is my kryptonite…

Have you always wanted to be in a band? What did you grow up listening to?
Tom: I grew up very close to Leeds fest, so I was there every year, that’s where I first flirted with the idea of being a struggling musician, it’s everything I expected it to be
Harry: I know I’ve always wanted to do it since I was about 8. My earliest memories of music were jumping around my parents’ living room with my toy guitar watching the chilis live at slane castle. My grandad (Les Eades) used to pick me up from school a lot, and we would listen to the Rolling Stones, Pink Floyd etc. I think that actually had quite a profound effect towards my obsession with music.

Are you creative in non-musical ways too?
Harry: I try my best at painting, but that’s about all I’ve got to say about that! I painted the artwork for a demo we put out called ‘Said It Before’. Just have a look at that, and you’ll see the extent of my painting abilities. Tom’s better than I am, though.

Your new song ‘Same Guy’ is fun, what’s it about?
Dave: ‘Same Guy’ was just supposed to be about accepting your mistakes and the darker parts of your personality.
Harry: We spent a while trying to think of music video idea [Keep an eye out for that ‘coming soon’ – Ed] but in the end decided to go to just film a night out at our favourite gig venue the Brudenell Social Club, which was much more fun. It was filmed by Joel Johnston from Far Caspian (who you should check out). Jof and I play in the live band for him, so he kindly did it for us for next to nothing. It’s coming out soon, so keep an eye out for it!

Do you have lots of songs raring to go?
Harry: We’ve got more singles in the works for summer, and also something a little more substantial… I’m also just finishing the mixes for two singles beyond that. And as of this morning, we have about 34/35 songs demoed which we have been picking our favourites from this week with the plan of recording a mini-LP at the end of the year. Then fingers crossed an album next year. So we’ve been really busy writing like crazy over the last year. It feels good to finally start getting them all out.
Tom: We’ve got demos coming out of us left right and centre.

What’s your songwriting process like? What do you most enjoy writing about?
Harry: There have been loads of different ways songs have come together. A lot of the time I’ll record a demo from home and then send them to boys to listen to, then we will feel them out a bit and make them come alive in our practice space. This is one of my favourite parts, getting to see the songs come alive. Recently, Tom and I have been doing a lot together where I’ll record an instrumental one day, then send it to Tom to write lyrics for the next day, while I do another instrumental, which has been a really productive way of doing things and keep the ideas fresh.
Tom: I’ve really enjoyed putting lyrics to finished music that Harry has done because it makes me write differently to how I usually would; concentrating more on a story than personal elements.
Harry: Dave has also written some great tunes including ‘Same Guy’, where he will record a demo at his then send it over then I’ll re-record the demo to ‘Eades’ it up a bit and go from there. Dave’s got a great ear for a melody.
I don’t think there’s any one thing in particular that I like writing about the most. I guess just how I’m feeling at the moment which changes day to day. A lot of my lyrics are quite introspective. Though I’ve recently enjoyed doing more observational writing. Alternative tunings on the guitar are always a fun way of keeping writing fresh too.

Do you have much in the diary for over summer? It must be tough to get any ‘band business’ done on lockdown.
Tom: We’re keeping as busy as we can be at the moment, working on the single for the NHS was an eye-opener, for how we’re fairly capable as a band to work remotely on a song and produce something we’re happy with without being in the same room with each other. (Which might be a useful trait when we all fall out while recording the experimental fourth album.)
Harry: Yeah that was really cool. If you haven’t heard it yet, it’s on our Bandcamp page. All our proceeds are going to the NHS to help fight against the coronavirus and support the people saving lives and protecting the rest of us. Apart from that, we’re just going to try and keep writing.

Tell us a secret about yourself?
Tom: I’ve got a small tattoo of Nicolas Cage on an undisclosed part of my body. 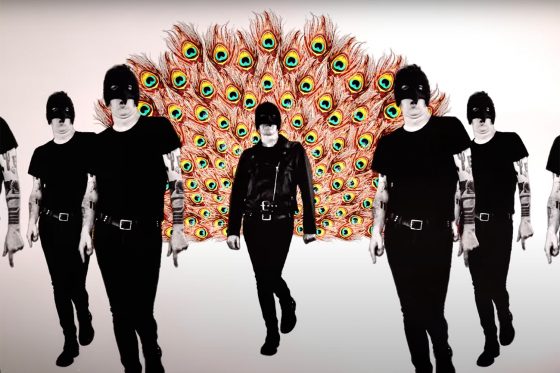