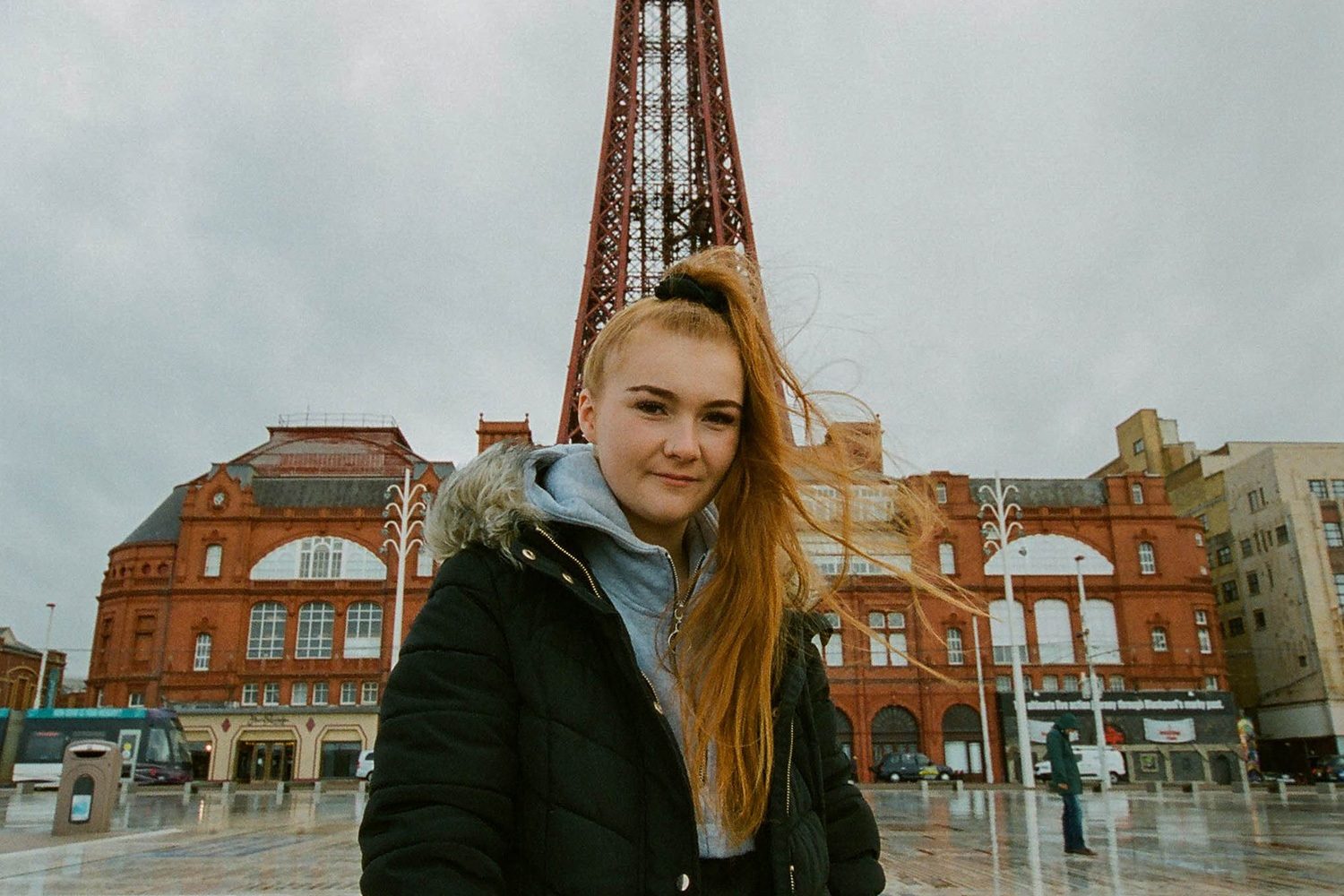 Getting to know… Millie B: “My social media has blown up massively”

At this point, there’s not much that could happen in 2020 that we’d call unexpected. This probably comes pretty close though. Viral star of 2016 Millie B – whose claim to fame until now was sending for Sophie Aspin as part of Blackpool Grime Media – went viral again when the song blew up on TikTok.

The track, now renamed ‘M to the B’, sees a then 15-year-old Millie throw insults at Sophie about her contour and getting murked by Little T while chomping a KFC and wandering around Lidl. Quite frankly an iconic bit of British culture, so imagine the joy for everyone who’d forgotten about BGMedia when the song resurfaced on TikTok earlier this year and became the soundtrack to the most viewed video on the platform ever.

While most of the people using the sound probably don’t know or understand its origins, they all seem to be enjoying it, with the likes of James Charles and Madison Beer creating their own videos along to it. The song also hit number one on the Spotify UK chart, so have THAT Sophie.

So, in what is perhaps peak Dork content, we grabbed Millie to ask her a few questions about the track’s resurgence and what she’s been up to lately.

Hi Millie! How are you finding your new-found global fame?
It’s crazy! It doesn’t really feel real if I’m honest as I never imagined my song would’ve blown up like it has!

How did you feel when ‘M to the B’ resurfaced?
Well, it’s my least favourite track that I’ve made, so I had a lot of mixed emotions. I always knew the song was still out there being played by people but I never expected it to be worldwide!

Obviously the track has been around for some time, do you think any of the people using the track on TikTok are aware of Blackpool Grime Media? Would you like them to know about it?
I don’t think everyone knows about Blackpool Grime Media, especially people from outside of the UK, but a lot of people are clicking on to where the video’s come from and done their research. I don’t really want to be known by ‘BG Media’ as I was a lot younger when I was on there.

Is there anyone in music you particularly look up to?
When I was a teenager, I listened to Lady Leshurr a lot, and still do so. That’s the way I wanted to come across in my sends, funny and humorous instead of being serious all the time like others.

How has your life changed since the track blew up?
To be honest, my life hasn’t changed much since my track blew up, the main reason being this COVID situation. I haven’t been out much and haven’t had any recording sessions as of yet as you are limited to what you can do, unfortunately, so I’m having to hold back a lot until things get better. My social media has blown up massively, I’ve now got 1.2 million followers on TikTok! So yeah, it’s crazy stuff.

Do you have any more music in the works at the moment?
Times are hard at the moment in regards to music, I’m hopefully recording something soon, but I don’t think anything’s for certain because of COVID.

While the track is pretty jokey, would you rather be taken seriously as an artist going forward?
Yes, I definitely would like to be taken more seriously instead of being known as the chavvy kid that sends for people! I would like to make real music, it’s hard to say no to big opportunities!

Can you tell us a fact no one else knows about you?
A fact that no one knows about me? I prefer nights on the sofa watching films instead of out nightclubbing.