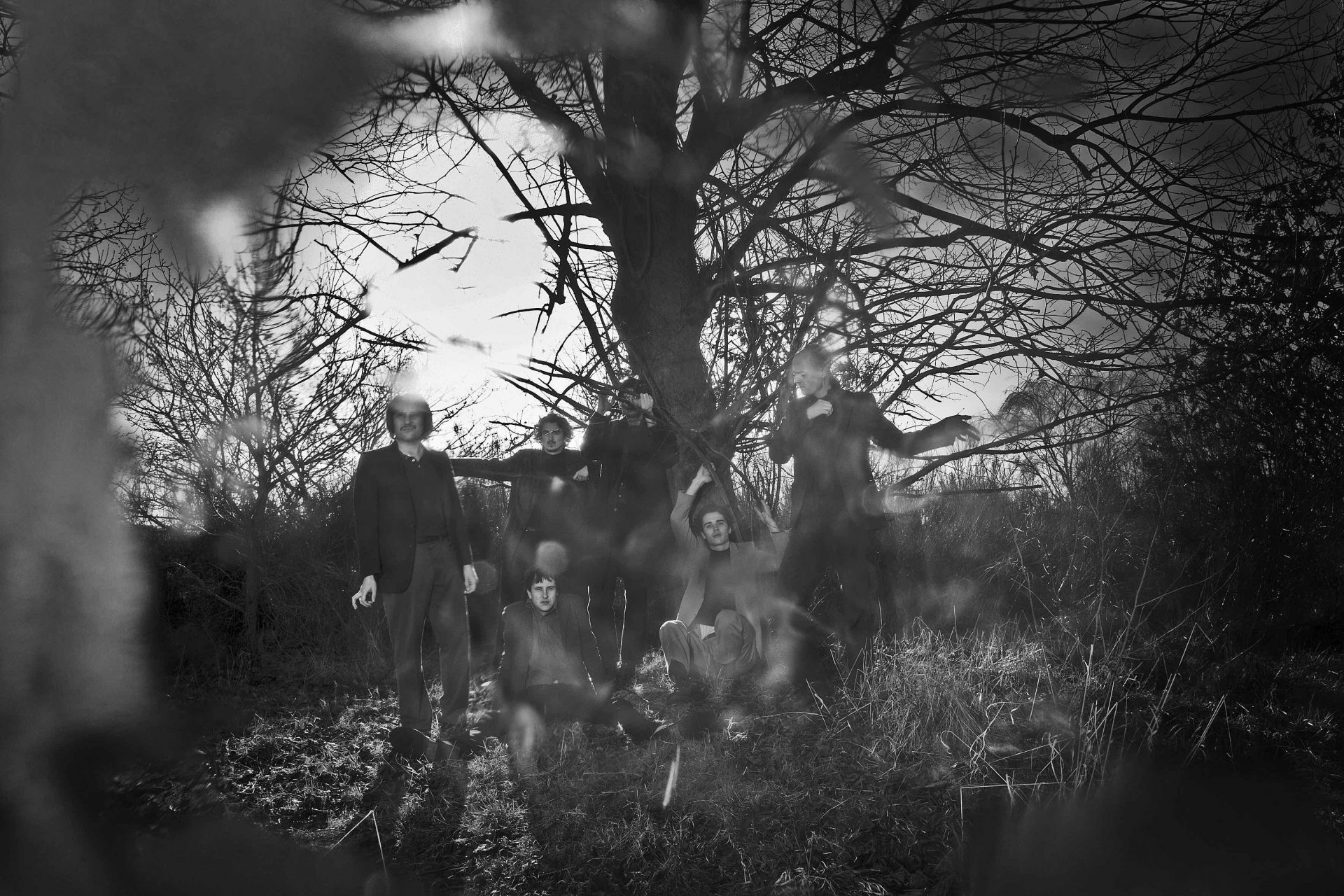 Getting to know… Opus Kink

Tomorrow (21st April), we’re heading to London’s legendary 100 Club for the first of two Dork’s Night Out x The Great Escape preview shows. Featuring some of the best new acts on this year’s line-up for the Brighton extravaganza this May, that first line-up features Leeds fast-risers L’objectif, London newcomers Malady, and this lot – Opus Kink.

A unique prospect in a sea of conformist new sounds, Opus Kink are the kind of band that thrive in the live environment. With an EP on the way this summer via the always on point Nice Swan records, they’ve got all the required stamps of approval. Plus, they instinctively know that – when it comes down to it – all we want to know from a new band is which is considered ‘the hot one’. What more could you ask for?

If you want to catch Opus Kink live, you can grab tickets to Dork’s Night Out at the 100 Club on 21st April here.

Hello Angus! How’s it going? What are you up to today?
I’ve just got back from pouring pints in Peckham, and now I’m luxuriating, loafing, leaning, saddled upon the void.

Tell us about your band, then – who are you all, what role do you each play?
Sam is the hot one; Jack reaps the grain for harvest; Jed is the sentinel on the mount; Jazz calls down to the dark street when enemies draw near; Fin treads the line between day and night; and I, for my sins, shave a little off the top each time.

How long have you been together now? What’ve been your biggest band milestones so far?
We’re older than SARS-cov-19 but younger than a world without Avicii. We’ve gone on a few tours now, made an extended-playing-record at a rock-historical studio and had some pleasant hat-tips, but I’d have to say that seeing the holy spirit enter our drummer, Fin, when he launched full across the room to knock me down and slug me after I threw a tequila worm in his eye before a Glasgow show, smashing the whole rider and a trestle table in the process, amounts to the pinnacle of my burgeoning career.

Is being a musician living up to the hype?
It’s comical for me to even think of myself as a remotely consummate musician, but seeing as you asked – yes, I’m drowning in pain, glory, attention and royalties. I only pour pints for fun and to relax. It’ll be time to violently implode soon.

Your debut EP is coming soon, right? What’s it about? How did you piece it together?
Yes, on the seventeenth of June. It’s about babies, dogs, spiders, holes, soldiers and small fast-flowing tributaries. Half of the songs were present in a nebulous way about a year before we recorded it, and the other half were written in the weeks leading up to that. We made the record in Wales, at Rockfield Studios, with Thighpaulsandra. Nobody can ever know what happened there.

What do you most enjoy writing about, generally? Are there themes you gravitate to?
I think, and I may be wrong, that most songs are about the same few things – death and the fear of death; love and the fear of not having it. After that, it’s all just semantics and bossa nova breakdowns. We like to write stories and vague character-studies and to try and make the filth and worms of inner life as accessible as we can.

Music aside, what do you do for fun?
Pour pints. And burn classified documents in the sink.

You’re playing The Great Escape soon – and Dork’s warm-up showcase at 100 Club – what’s your favourite seaside activity?
We like to take up large jagged stones and break apart the frozen blocks of fish-heads that the fishermen leave behind on the beach in the very early morning. Whoever secures the biggest fish-head doesn’t have to keep watch that night, and can sleep through until the dawn when the sun breaks again on the same sorry scene.

What else have you got coming up?
We’re playing some festivals in various cities and fields and going on some tours. Hard to believe, I know. See those dates either below or on our internet outposts. Other than that, keep your eye to the wind and your ear to the gurney; we’re coming for you one way or another. Jazz – the keyboard player – has also got some rehabilitation time booked in to try and tackle his addiction to gong baths. Skål!