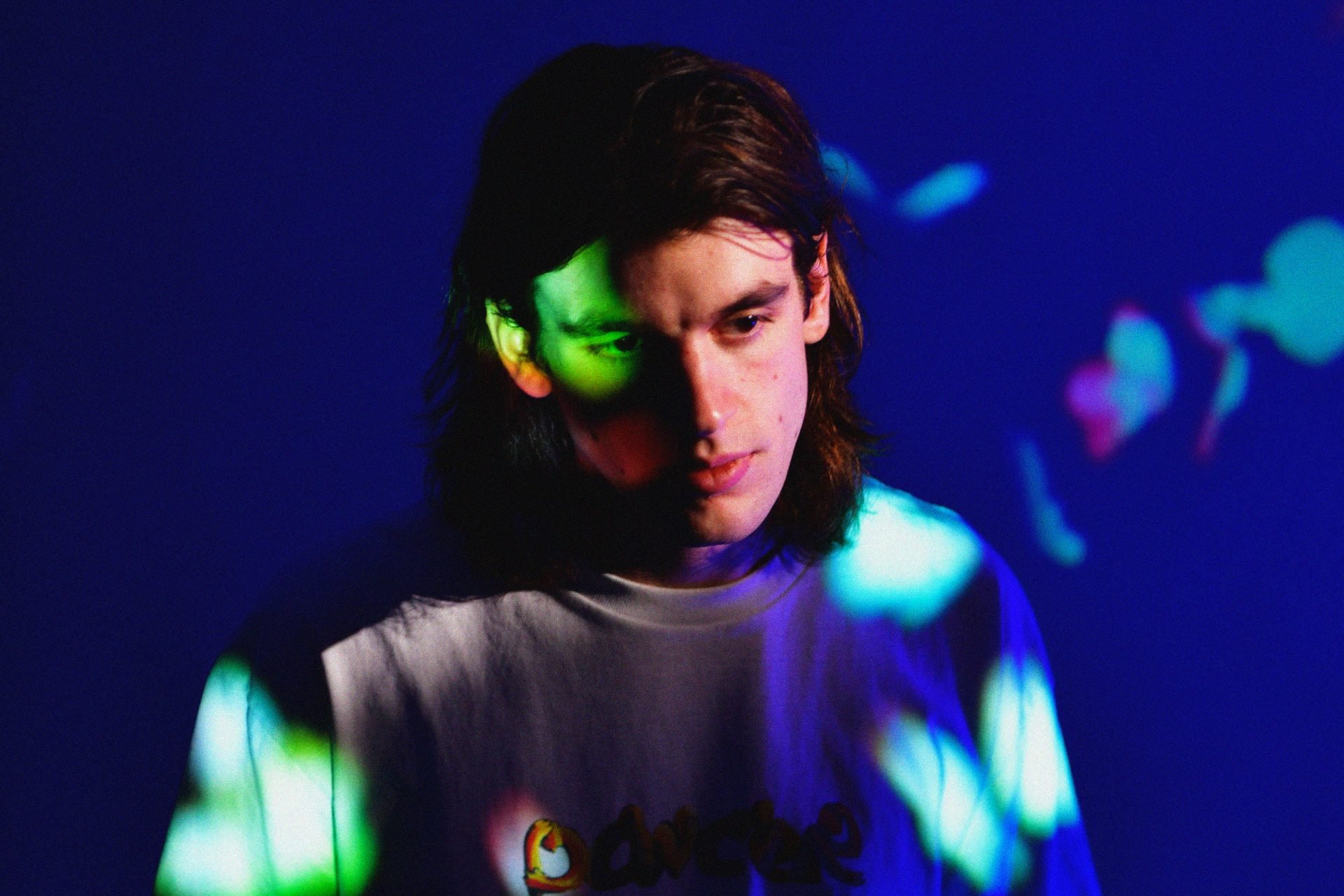 Getting to know… Stresshead: “if you don’t have a catchy chorus, what’s the point?”

Stresshead by name, Stresshead by nature – this elusive artist recently moved to London, and has succinctly compacted the chaos and isolation of his overwhelming transition into his newly-arrived debut EP, ‘Sorry’.

After spending lockdowns honing in on his irresistible niche of addictive pop production, the blistering five-track run gives us a good insight into what makes this solo artist tick. We grabbed him out of the aether to give us the full rundown.

Hi Stresshead! How’s it going, what are you up to today?
Hey there. I recently did a new photoshoot so I went round to see the photographer and drop off some things down the road, been working and prepping stuff for the EP release too. I’m feeling good.

When did you first realise you wanted to make music, was there a moment you can pinpoint?
I started playing in bands when I was 13. Before then I was taking music lessons, but never really had a desire to create stuff because I thought that’s all it was; you learned a scale, and that’s all it could be. Even just playing in a covers band showed me how fun it could become. I remember being in a car with my dad when I was 15, he asked what I wanted to do and I said become a musician… he didn’t seem too impressed.

Has performing live been a big part of your musical journey?
Getting on stage and playing gigs from a young age, even if just to family and friends, is a very formative experience. The Stresshead project itself started during the pandemic and has been very production-based, and that’s something I’ve really enjoyed; creating whatever I want without thinking about how it’ll happen live. Now that I’ve laid the foundations with this first set of songs, I definitely want to look into some live bits and find the best way to make that happen.

What gigs have you been attending recently?
I went to see Bob Moses in London this week. They’re a deep house duo from Canada, I’ve seen them do a DJ set before but they were playing at Koko and did a full band performance. It was really cool to see how versatile they were – they could go from doing club nights to full band shows with the same songs. They had a great support act called Catching Flies who’s an electronic musician from London and he had a sick setup, just stood there by himself with a bunch of pads and keyboards around him. It’s the sort of avenue I’d love to go down – I found myself peering over the balcony trying to work out what hardware he was using.

How did the Stresshead project initially come about?
My songs were getting more and more production-oriented – still rooted in pop music, but with very electronic leanings rather than working with guitar and acoustic instruments. When COVID happened and live music fell apart, I moved back home and away from my old bandmates, and got more into this alternative sound. The first time I remember thinking that this needs to be its own thing was after writing ‘Dying Alone’, the last song on the EP. It’s not band oriented at all, but I was still super proud of it – it felt like the right time to try something new.

What’s this debut EP all about? It’s called ‘Sorry’ – what are you apologising for?
I’ve been sat on this project for a long time and couldn’t think of a name for it, but I recently realised that these songs represent not just a new era in terms of the music I’m making, but the end of an era for the place I lived, the friends I had there, and the relationships I held with those people. Reflecting on that, I feel like I owe those people an apology. I feel like I could’ve approached things differently, and this project sums up my feelings toward that era.

Which song is your favourite?
They’re all slightly different so it changes depending on my mood. ‘I Need U’ is almost a straight-up indie-pop love song, whereas ‘Light Blue’ is a darker, broodier track. The one I come back to the most is ‘Headache’, which was the first track I wrote which used purely trap-based drums, which was a sound I hadn’t touched before. You can tell it’s not a real drum kit, and it doesn’t even pretend to be, which is weirdly freeing.

Do you have a favourite place to write and/or record?
I’ve always written and recorded in my bedroom, wherever that may be at the time, it’s the safest space to create. When I’ve been in studios, there’s so much going on and you feel under time pressure because it’s booked out for a day and you have to get stuff done. I love having my own space to do whatever I want; just me, my computer, headphones, speakers and microphone. The only thing that’s changed is that now, I have the knowledge and tools to get everything I want right here rather than laying a loose foundation that’ll have to be dug up and redone in a studio.

Is there a particular vibe you like to aim for with your music?
I love pop music, it’s not even a guilty pleasure for me anymore. I’m hooked on the idea of a catchy pop melody and the formulaic structure of a pop song; I want to take that to its extremes in terms of the most alternative aspects I can bring in. I want to subvert expectations while keeping things catchy and consumable, not completely going off the rails.

What do you most enjoy about writing songs?
In terms of the creative process, I enjoy creating the vocal top line. Something I’ve always loved about music is the harmony so I really try to put a lot of time and effort into writing vocal melodies, they’ve got to hit the right harmonies over the instrumental underneath. I always write and produce the instrumental in full, sit with it for a while, and slowly decide how I want to do the vocal line. That’s my favourite part. My voice notes are full of me singing over plain instrumentals to see what sticks. Particularly with the chorus – if you don’t have a catchy chorus, what’s the point?

What can people expect from Stresshead in the future?
People should expect my music to start pushing the boundaries a bit more. This debut EP has parts of that, but is still very indie-pop based. The next steps get stranger, more textured, and use more interesting sounds. I feel like I’m working on my third project right now because I have the ‘Sorry’ EP, another one after that, and now I’m writing toward a new thing – the sounds are very much changing with each step forward. I’m aiming for the next project to come out in the first half of 2023.

Tell us a secret about yourself?
I’ve got three nipples.