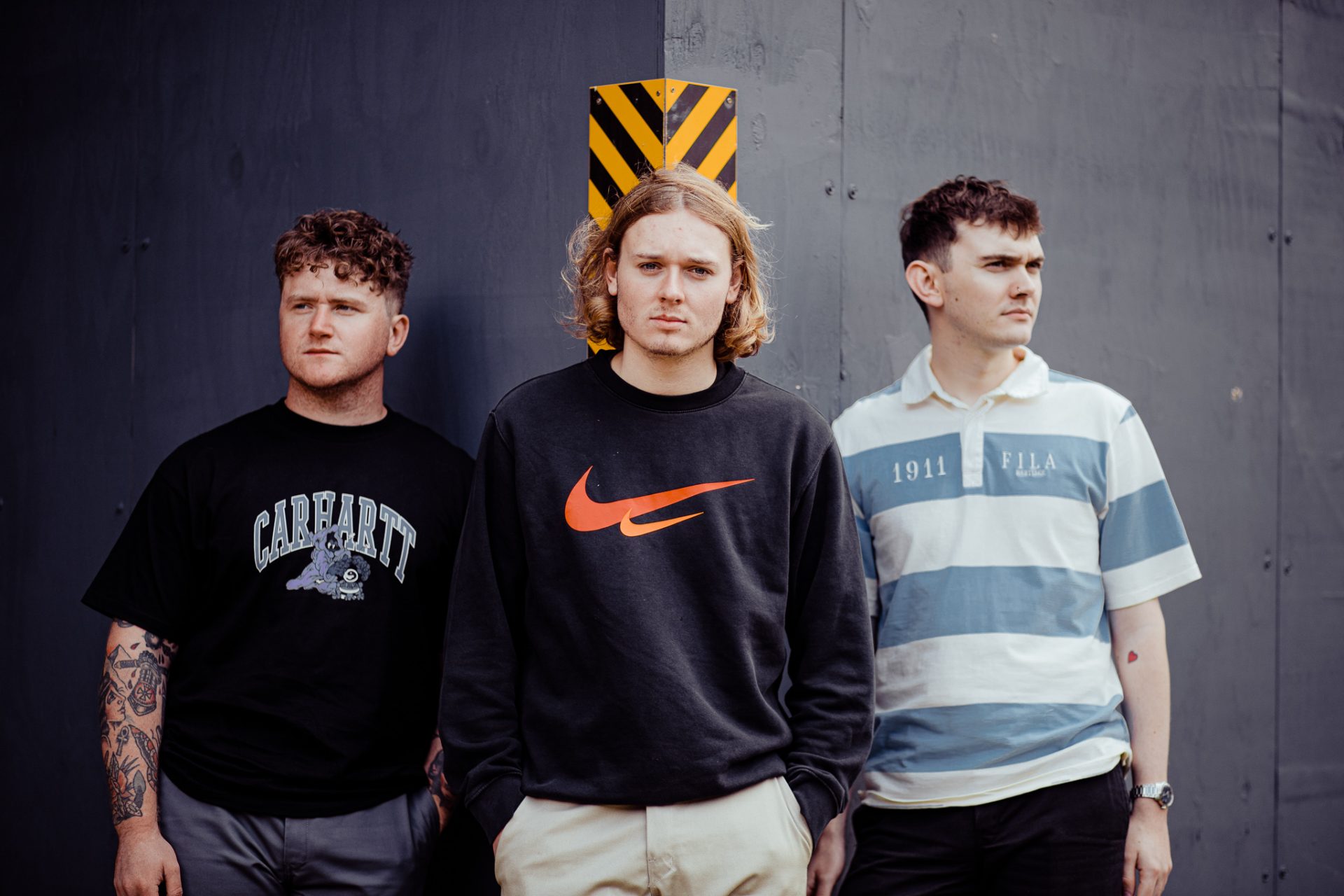 Getting to know… The Rills: “If our heads are in the right space, that’s the most inspiring place to be”

In among the bedroom bopsters and the silky synth-types, there’s always a need for a raucous indie-rock riot.

Rejoice, then, at The Rills. Hailing from Lincoln, the three-piece have just dropped their new EP, ‘Do It Differently’ via buzzy tastemaker label Nice Swan. Making the best of the fact we’ve finally managed to push past the tired old ‘guitar music is dead’ narrative, they’re a band more than able to hit their targets with every razor-sharp refrain. Well worth getting to know, right?

Hey guys, introduce your band – who are you all, and what are your roles within the group?
Mitch sings and plays guitar, and Cal plays bass – we’re both from Lincoln and met on a skatepark. Mason’s the drummer and we met him in London where we all went to uni!

Do you all have similar music taste? What do you listen to?
We’ve got quite a wide mix of interests & I think that shows in the music. I’m [Mitch] big into Pixies and Dry Cleaning, but equally, I’m into NWA and Slowthai. Me [Callum], I’m a sucker for Katy J Pearson at the moment. And I’m dipping into a lot of Nirvana and Bad Nerves too. Mason loves 90s alt-rock, RATM, Smashing Pumpkins, but also he loves UK drill. We all share a love for Wet Leg, Bull and Fontaines DC, though.

You guys are from Lincoln, right? What’s the music scene like there? Do you have lots of local musician pals?
It’s difficult being a musician from Lincoln because while there are lots of great local artists, there aren’t many small venues. There’s certainly something going on at the minute, which is great; we often go to local shows and are friends with a lot of the other bands, but we’re hoping this new interest in live music turns into a boom in small to mid-sized venues!

What’s been the highlight of your time in The Rills so far?
Reading & Leeds! It was a bucket list thing for us in the first place, but we got to meet some of our heroes like Declan McKenna and Sports Team, which was amazing.

Tell us about your new EP – what’s it about, how did it come together?
It’s really about finding and beginning to understand yourself. The main message is to do it differently, of course, but really what that means is to do it your own way! We broke out through Tiktok in 2020/21, and it really felt like we were carving out our own path, a bit like an actual rill, carving its own path off of a main stream or river.

What do you most enjoy writing songs about? Are there any themes you’re repeatedly drawn to?
I [Mitch] write the lyrics, and I tend to write about how I experience the world. Sometimes that’s responding to the news or telling the story of people I came across while growing up in Lincoln, but recently I’ve been looking a bit deeper into myself, and you might hear that on a track like ‘Never Around’. I try to find something universal by writing about my own life, and often I try to highlight the mundane. Mostly I like dipping in and out of chaos, that feeling of it all falling apart and then miraculously coming back together again. Themes of entrapment often come back to me; I don’t know if that says more about who I am or where I come from, but I’m quite a feminine guy, and I’ve grown to enjoy the balancing act between my masculine and feminine traits.

Do you have a favourite place to write? Where do you feel most creatively inspired?
Musically we all get together to write our parts & I think the best place to write is more a mental than a physical place. We could be playing together in a paper bag, but if our heads are in the right space – where we’ve forgotten we’re playing instruments & we’re totally in the moment – that’s the most inspiring place to be.

What would you most like to achieve during your music career?
We would like to be the band that headlines festivals & is so big that they never have to buy their own shoes again. Either that, or be big enough to have a Netflix series called Spinal Tap 2.

Music aside, what do you do for fun?
I [Cal] recently finished the Harry Potter audiobooks, and I love F1. I [Mitch] occasionally get addicted to Football Manager, but I also like to read Charles Bukowski and a bit of Nietzsche.

What else are you working on right now?
We’re always working on new tunes, so we have the next release in mind. We’ve also got some of our biggest ever shows in the works, and we’re really excited to see what they bring! There’s always a little side quest of ours to develop the local Lincoln scene, so hopefully, you’ll be hearing from some of our favourites like Mary’s Dream, LA Sundays and Duccbod!