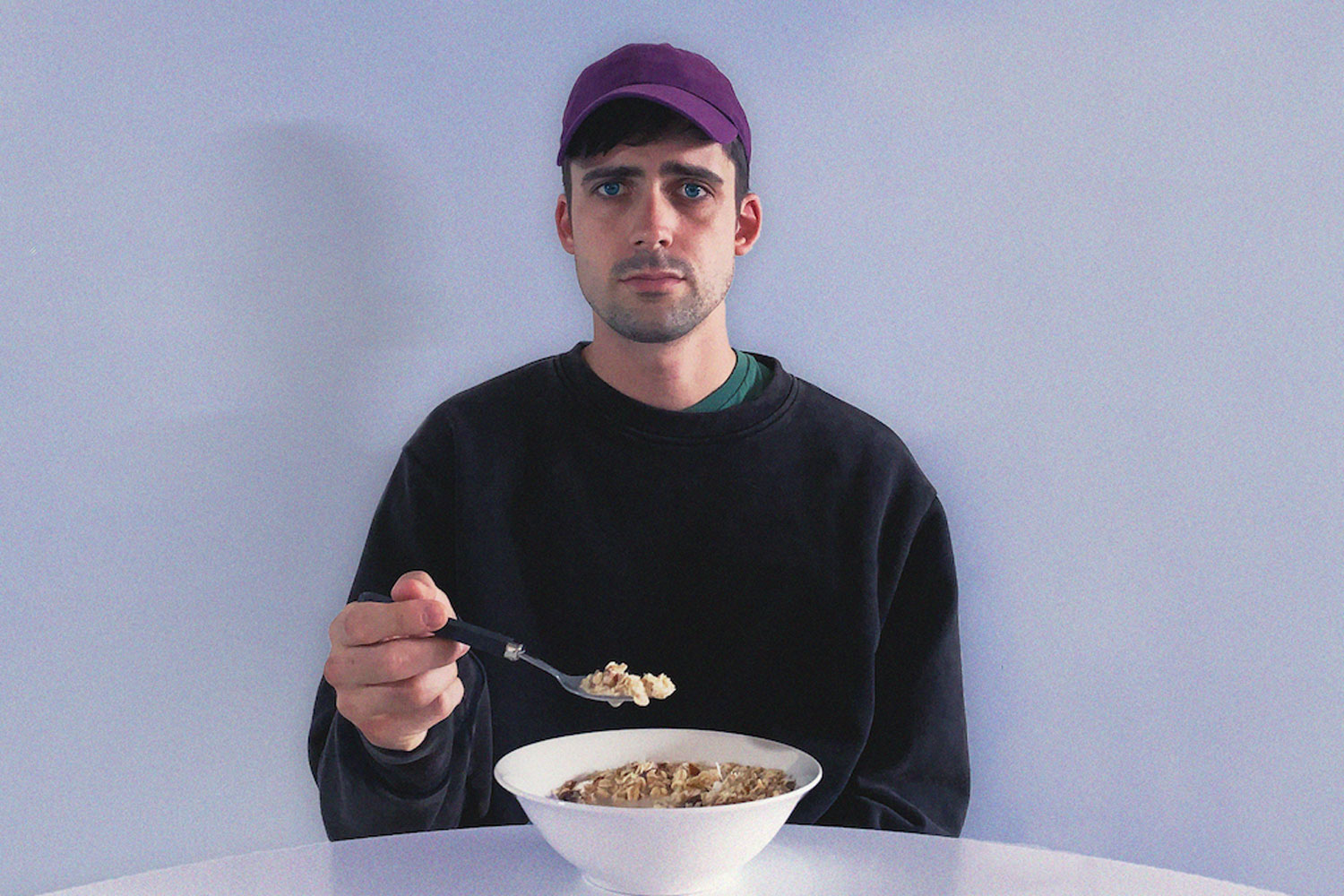 Hauskey: “If you enjoy how you spend your days, that’s the ultimate win”

Fast rising Aussie alt-popster Hauskey is making a name for himself, one snapshot at a time.

Australian singer, songwriter and producer Andy Hopkins kicked off his Hauskey project last year, dropping debut EP ‘Slow’ in November. Fortunately, he’s been able to thrive in his own studio, working diligently on his bedroom pop tunes from the comfort of his own home. In fact, Hauskey hasn’t actually missed going into real studios to record at all, as he explains.

“I hate studios. They’re usually just dark, dingy, soul-sucking rooms – when I walk in, I don’t feel like I want to write a story there. At home, I have sunlight, can setup however I want. I can even sit here in my underpants and work all day, every day, as early or as late as I want. I’ve got my fridge stacked. What more could I want? Something about the pressure of studios thinking you have to do something while you’re there doesn’t feel inspiring. I like my own space where I’m not on someone else’s clock.”

Self-production is quite a steep learning curve, but Andy believes this growth is part of the fun. “[I’ve become] miles better since the start, but each song is a snapshot of who I was at the time, so I try not to be too hard on myself. It makes for a cool arc if people can follow your progression, your improvement and your story. The production, the melodies, rhymes, or the way I’m singing, the way I’m vibing. It all evolves and changes, and that’s the joy of it.”

The level of experimentation encouraged by this approach is something that is changing the music industry drastically, giving rising artists the chance to establish a unique sonic fingerprint that defies established conventions. As Hauskey says, “If one producer makes five records for five different artists, they’re all going to sound in some way similar because they have their own standard style and methods. If those five artists all produce their songs differently on their own, you’ll have an insane mix of not only production quality, but also of different sounds and vibes.

“That’s the way it’s going to be in 20 years; everyone will produce and mix their own shit. You can already go on YouTube or TikTok and learn everything you need to know. That’ll be great because it’ll lead to so much variety, whereas now the whole industry is dominated by a few white male producers at the very top. Some things may not sound like a perfect record, but the sounds are perfect for that record.”

It’s birthed a plethora of new music genres, too. Hauskey’s tunes broadly fit into the ‘bedroom pop’ category, and this is a label which he is comfortable with – he clarifies that “there’s an element to bedroom pop that feels more genuine and real than mainstream pop. I love that stuff, and it certainly has its place, but for me personally, I feel like I connect more with bedroom pop because it feels less polished.

“I like music that has that human element of imperfection, for better or worse. But I do like aspects of pop songs – strong chords, melodies and lyrics. So when you can combine that with something that production-wise feels a bit more human, then that’s my dream ticket.”

These layers of production can create some wild sounds, but as with any music, the songwriting at the heart of it all has to lay the groundwork for the experience to work. “It’s the campfire test; if you can sing it on a guitar and it sounds good there, then that’s a strong foundation for whatever you do next. If I can flesh out a sick hook alongside a lyrical subject I’m passionate about, only then will I start feeling around in logic.”

Replicating soundscapes in a live setting can be difficult, especially as a solo artist, but even through this pandemic, Hauskey has been able to bring his tunes to life in front of a live crowd with a series of reduced capacity shows. This is something he finds undeniable joy in.

“There’s no better ecstasy than having people sing your songs back to you and knowing all the words; it’s mental and the best thing ever. I’m just trying to have fun, and I think it comes across in the music as opposed to being jittery and nervous because people hear that in the performance too.

“Even if you fuck up, if you make fun of yourself, it almost makes it into a comedy night. Take it in your stride, make a joke, it makes it even more enjoyable. As soon as people realise artists are just humans and you can relate to them, it builds a connection with the audience. I’m making music, you wanna enjoy it, let’s vibe.”

Andy finds great enjoyment in his artistic career. “The main win is just being able to do this every day; cool stuff happens or doesn’t happen, that’s life, but being able to spend my days in the studio working on songs… if you enjoy how you spend your days, that is the ultimate win. Getting to do that is better than any one specific event.”

Music truly gives people a release, a way to splurge their feelings into your ears, and this project is a great example showcasing huge potential. In terms of what you can dig into right now, though, we ask Andy to recommend one song to use a jumping-off point. His answer? “’Slow’. It’s a singalong and easy to catch hold of with the chanty chorus. It’s got a good bass groove, the drums are kickin’, so it’s probably the best intro. I think in terms of what I want Hauskey to be, that has all the elements.”

Taken from the May 2021 edition of Dork, out now. Hauskey’s new EP is due this spring.

IDLES have released a new video for their track ‘Stockholm Syndrome’

Blue Bendy have shared a new video for ‘Clean Is Core’