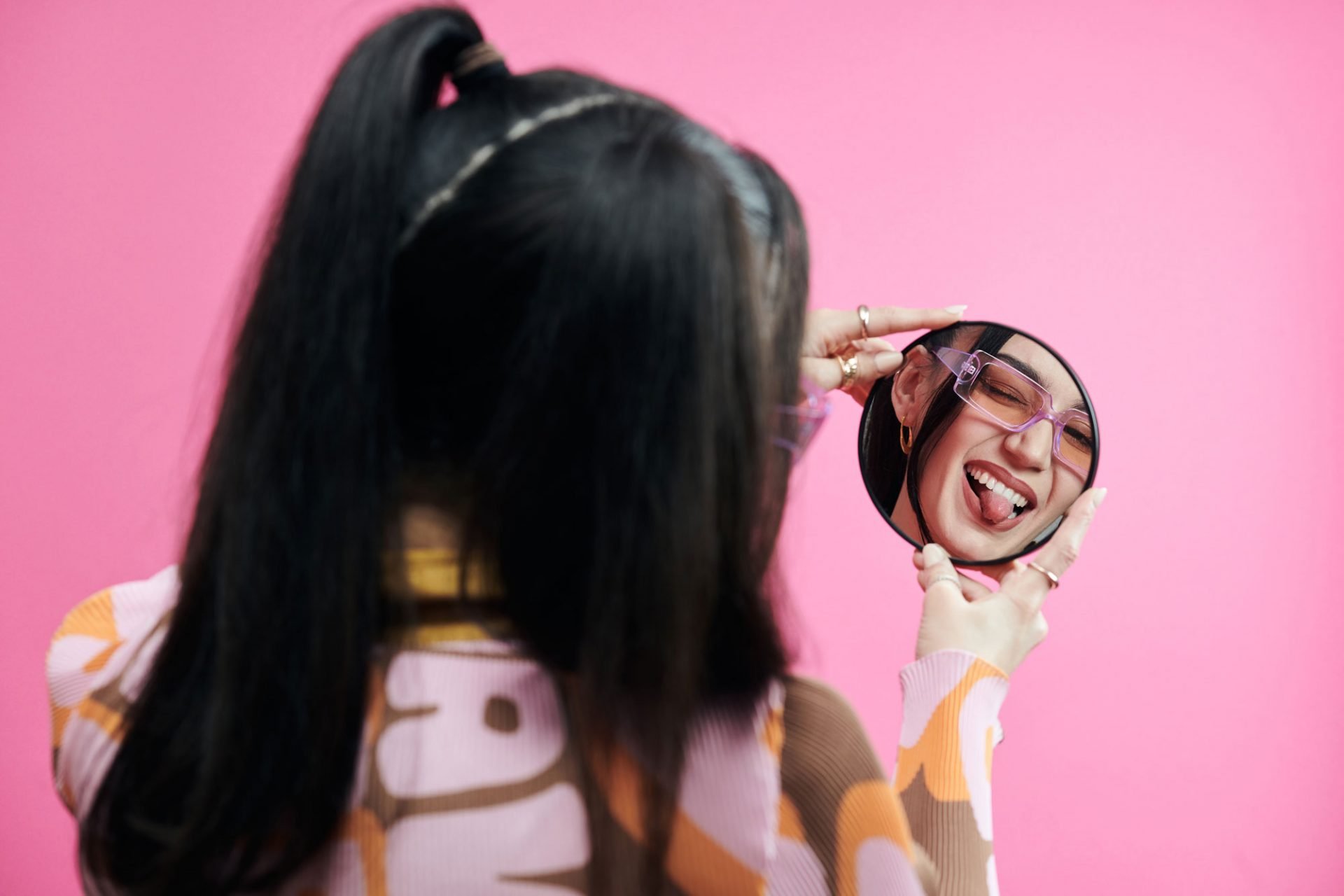 Gracey is a pop star – but then, you imagine Gracey has always been a pop star, even before she was dropping solid gold bangers. She’s just got ‘it’. Taking real-life emotions and turning them into certified bops, 2022 might well be her year.

Heartbreak is often the best thing that can happen to an artist. It might not feel like it at the time, but it’ll lead to some great material. Just ask Gracey, who’s just had her best and worst year yet.

Between Brit Awards, breakups and bravery, she’s had a turbulent twelve months, trying to get herself together while hitting multiple career milestones. But she’s come out of the other side alive, and she is, how they say, just getting started.

Our chat lands in the middle of a very busy release week for Gracey. She’s just dropped her ‘Fragile’ EP, a project she wrote unintentionally while exorcising post-breakup demons, diverging from her set plan for 2021, and she’s already onto the next. Word on the street (she’s just told us) is she’s been in the studio with Jodie Harsh – back to the bangers!

Maybe you remember her from our Hype section right back at the beginning of the year, but her world has flipped upside down since then.

“Basically, in February did a little breakup, had a heartbreak, so everything changed, and then ‘Got You Covered’ came out. I got nominated for Brit, which was really fucking cool. It’s been wild,” she tells us. “The first year I started as an artist, I lost my voice so I couldn’t tour and then obviously, pandemmy last year, so getting to do things like Reading Festival and my first proper headline show have just been fucking mad. It’s like a whole ‘nother area of being an artist that like I feel like I’ve missed out on for too long.”

Since finding her feet as a songwriter at Xenomania as a teen, Gracey has come a long way, and latest EP ‘Fragile’ is her bravest and boldest work so far. She started writing the EP two days after the Brits, where she was nominated for the quite frankly prestigious Best British Single award for her summer smash ‘Don’t Need Love’ with 220 Kid. It was a time she should’ve been at her happiest but instead was going home down in the dumps.

“That’s why I started writing the EP because I was like right, let me just address this now because this should have been the best night my fucking life, and then you get home, and you just feel really sad and depressed.

“I think it really represents the feeling that I don’t think many people really address during a breakup, where there’s like this pressure to be happy and to go out and get drunk and meet new people when actually on the inside you’re not feeling that way.”

Writing this one was different to her others – last year’s ‘The Art Of Closure’ and 2019’s ‘Imposter Syndrome’ – because it wasn’t planned, and it was the first time she was writing songs as she was actually feeling terrible.

“I’ve never released music where I’m feeling the exact emotions whilst going through it, and it was like a conscious decision to do that because I put ‘Got You Covered’ out, and it was this happy upbeat song, and it was the most sad I’ve ever been in my life. I didn’t want to do that again. I knew that I was just gonna have to be brave and put this music out and know that people will know that’s how I’m feeling, and that’s quite vulnerable. But I think through doing that, you actually connect with people a lot more, and I feel like I’ve grown so much closer to the people who have supported me. All my previous EPs I’ve been like over my ex by the time they’re out, they’d been two years in the making.”

Amongst those vulnerable tracks is ‘the internet’, a deeply personal and candid look at her relationship with the World Wide Web, featuring a stark voice note of her breaking down to a friend after writing the track.

“The more I thought about it, I really remembered how shit that period of my life was and how dangerous the internet can be. I think it’s really important now, like anyone can get fucking overnight fame on TikTok and if you go into the comments, they’re so mean and so damaging to the point where like, I don’t know if this is going to be very safe.

“Maybe I’m just a little Pisces, I’m very sensitive, but if I was 16 and I got told the shit that I’ve been told, and I’ve seen other people getting on the internet, I don’t know how I would deal with that. That’s why I wanted to put that voice note in because I need to show people that even though I’ve put on this facade that I’m completely happy and I’m completely fine, and 90% of the time that is my personality, but the shit that’s been sent to me has mentally fucked me up quite a lot.”

Lead track ‘Sad Song’ pulls from Gracey’s faves Lorde, Robyn and Gwen Stefani to describe a French exit from the club and into a cab for a good cry, a song Adele was clearly listening to because she came back a day after it’s release. There’s also ‘What A Waste’, which was released in the summer and is the song she’s found scariest to put out to date, but has also been great fun to ‘do’ live, much like the garage-driven ‘Got You Covered’ ode to her bestie that came out earlier in the year.

“I’ve never had that before; I’ve never released a song, and then the next week on gone to perform it live. Seeing how it actually reacts is so interesting. Now live stuff is happening, I could actually start thinking about writing an album. I’m like, let me actually think about where I want to go with this, whereas before, I’d never even thought about what connects with people like that.”

Going into 2022, it’s like Gracey is finally going to get a full year of properly being a pop star after two years of things* (*extreme vocal rest and a global pandemic) getting in the way, and she couldn’t be in a better place. She’s writing from a new, hopefully, less sad place. She’s got a top-secret tour planned – not her own, but she can’t say whose – and promises lots of new music next year, including collaborations with “some really exciting people”. It’s all kicking off!

“I feel like I’m out of the fragile phase now. I’m excited to start writing again, I’m at a point where I’m exploring different ideas and directions, but I’ve got a pretty clear idea of where I want to go, which is exciting. I’m just fucking excited, and I can’t wait to get going with next year now.”