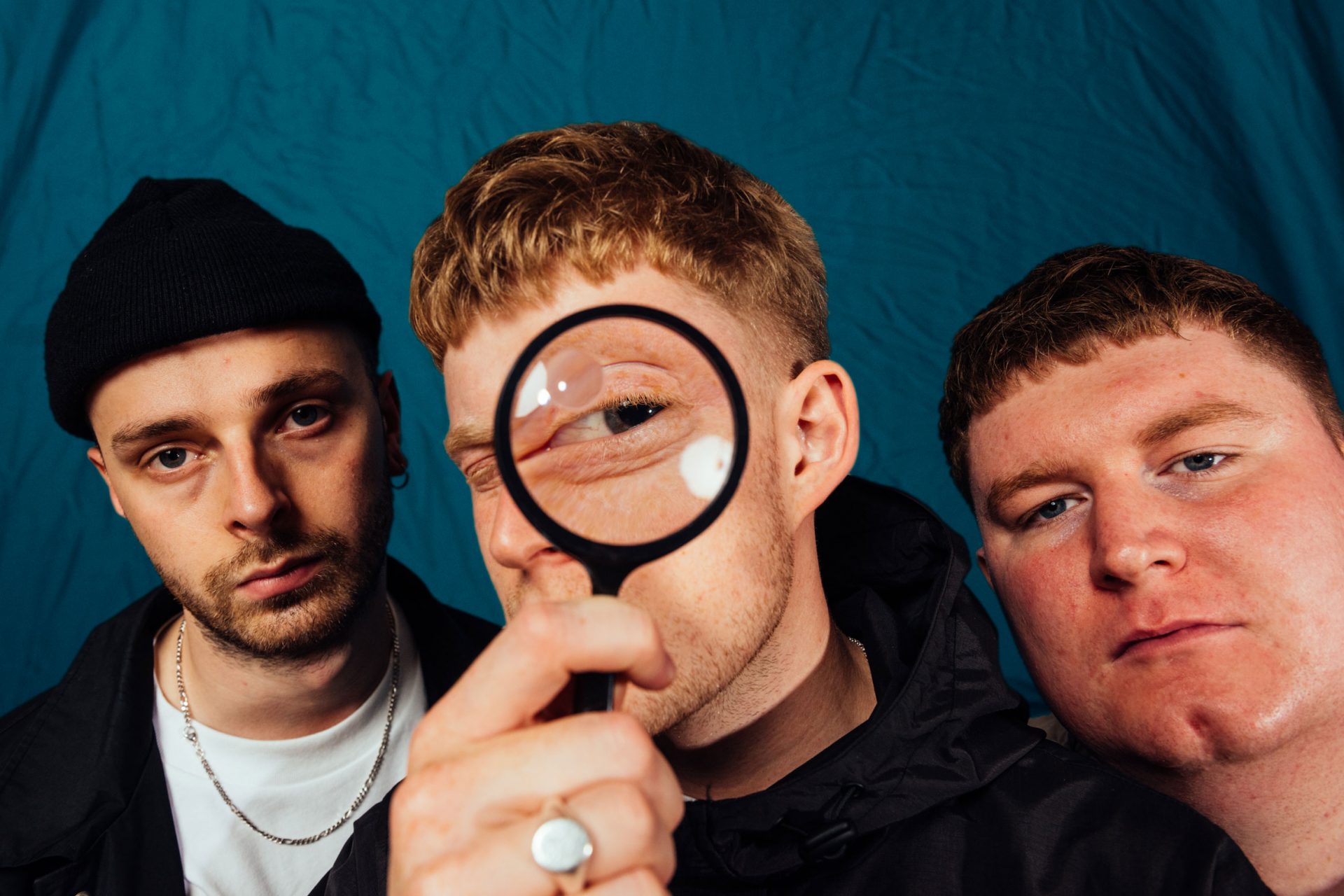 Southern trio NOISY have utilised 2021 to bolster their belt of bangers, and recent offerings suggest the next year will be huge for the sincere rock’n’roll ravers.

Few artists embody hype more than NOISY. Both in terms of their sonic capabilities and future potential, the Worthing trio deliver an explosive fusion of their indie roots and fresh breakbeats that never fails to rile up an eclectic fan base as exemplified by a jam-packed return to the live scene.

Looking back on a year filled with highlights, guitarist Connor Cheetham points to Reading Festival as a true high point. Opening the Dance Stage’s second day with a thunderous midday rave, including moshpits before the first chorus, it’s a typical example of the energy these guys bring to every set.

“All the festivals were great,” frontman and vocalist Cody Matthews adds. “It’s the first time that we’ve played while having a lot of music out, so we didn’t know what to expect, and the reaction was just crazy. Our crowds are so loud and rowdy, it’s exceeded anything that we thought it could be.”

Having been on the scene for a while with previous moniker High Tyde only mutating into the act we see before us today relatively recently, 2021 has truly seen the band come into their own as they unleash hordes of dominating tracks penned throughout various lockdowns. Perhaps the most exciting proof of this is the recent single ‘Rock ‘n’ Roll Raver’, which stands out against even the mountainous peaks of ‘Young Dumb’ and ‘Put A Record On’, to name a few, with its introduction of audience interaction.

“That song is the first time that we’ve ever had a proper singalong moment in the set, which we’ve always wanted to do,” Cody offers. “It feels way cooler now that people are screaming the words rather than just showing up for a mosh pit.”

Riling up a diverse set of listeners is something the band seems to have now mastered, but NOISY give fans their due credit in this regard: “We hype people up and then piss off,” Cody laughs. “Our music really does the talking; the crowd just needs a little bit of direction. It feels like we’re just hanging out with them; they’re our mates, and we’re having these experiences together.”

If the fanbase of fellow rock’n’roll ravers is one big group of mates, then NOISY certainly form a diverse circle. As the energetic performer states, “NOISY is for everyone, man. You can’t really pigeonhole us to a genre, which is super annoying when we’re trying to explain what our music is… I just think – why not play to everyone and see what they think?”

Well, it’s obvious that almost everyone can get down with a rave, and that’s not just limited to the younger generation. “Seeing 50-year-old geezers down the front mashing it in NOISY t-shirts – like, he hasn’t accidentally come here, he’s a genuine fan, and that’s mad to me.”

Part of this can be attributed to the graft that the trailblazing three-piece have put in. While festivals and a headline tour have been standout moments, tours alongside acts like YUNGBLUD have cultivated NOISY’s expansive entourage. “Coming out of lockdown and not having played showed in two years, we’re just gonna play to anyone and everyone. There’s no crowd that doesn’t suit NOISY,” Connor declares.

The passion for their craft is evident, and the band share a deep appreciation for every single person that turns up to a show to jump onboard. “We’re definitely never gonna get used to it,” Connor shrugs. “You know how much effort it is to go to a gig – it’s a lot!” Cody adds. “Getting the train, getting all your mates together, having a few drinks beforehand… it’s mental that people do that just for us now.”

So, why do they? Well, as the words piercing through layers of raucous bass and screeching guitar suggest (“I’m tryna get waved, I’ll do whatever it takes”), rave culture is being used as a tool to enable the purest form of escapism. Connor elaborates: “All of our favourite music is totally euphoric. Big, catchy melodies that make you feel something. Every NOISY song has that, and so our gigs are just 45 minutes of losing your head.” That indescribable euphoria allows 17-year-olds and 50-year-olds alike to abandon their worries and dance. “Big, loud, obnoxious beats with hands in the air moments  – that is the best kind of music for escapism,” says Cody. “That’s what we’re creating, so I’m all for it.”

He continues: “We have a t-shirt that says ‘I like classic music, I like rock music, I like pop music, I like jazz music’, etc. – at the end, it says ‘I like NOISY’ – that summarises who we are as a band and what we want to be. We’ve got the horse blinkers on and are just doing us. I do admire what a lot of artists are doing right now, though – it’s an exciting time for music.”

An exciting time, indeed. Of course, 2022 will see this crew embark on more raucous live expeditions, but new, transformative material should be anticipated imminently too. What more have they got in the tank? “The three most exciting NOISY tunes yet,” Connor answers. “Some music that we’ve been holding since the very beginning that had to drop at the right moment because we didn’t want to waste it.” We suggest you make sure you’re there to hear it.