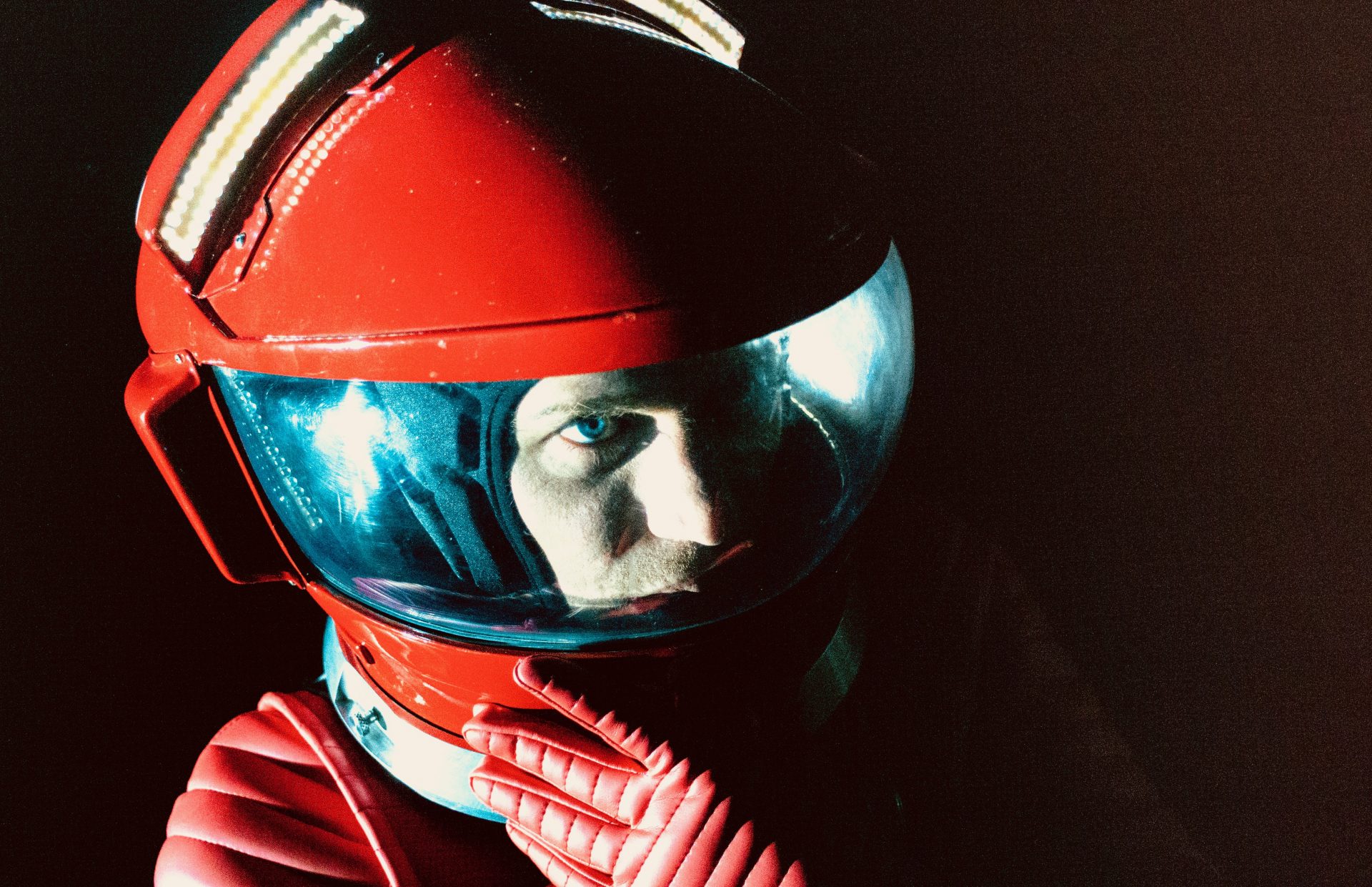 How do you take on playing an actual legend? As David Bowie in new film Stardust, Johnny Flynn isn’t afraid of a challenge.

David Bowie would never have had to put up with this. ‘This’ being the usual bundle of chaos that Dork brings to any party. Because, while Johnny Flynn, the man responsible for bringing the icon back to life in the new biopic Stardust, sits comfortably in his home for our Zoom call, we’re squashed into the front of a parked van. Anywhere to get a signal. As the sun slowly starts to set, he squints into his monitor and asks quizzically “Where… are you?” Welcome to Planet Earth, Ziggy.

Telling the tale of a pre-fame (and pre-’Faaaaame’) Bowie, ‘Stardust’ acts as an origin story for his most famous creation Ziggy Stardust. Taking place during his 1971 tour-of-America-that-wasn’t-a-tour, many of the events almost feel apocryphal in the issues and obstacles facing him as he turns up in the country minus a visa, while also fighting to prove that he’s more than a one-hit-wonder. It’s a dark, distinctly unglamorous portrayal of life on the outskirts of a disinterested music industry – as Bowie and his put-upon publicist Ron Oberman (played by Glow’s Marc Maron) do their best, and equally their worst, at drumming up any press interest. Not so much ‘The Man Who Sold The World’ then, as ‘The Man Who No-One Cared About’. At times almost unrecognisable from the icon that was about to emerge, it was the chance to explore this largely unknown period in his career that appealed to Flynn the most in a dream, yet daunting, role. “I felt like this was a Bowie that you didn’t really know,” he begins. “At this point, he saw himself as a failure, he was desperately insecure, and it was really interesting to reframe my ideas about him.” It’s the genesis of a particular character whose shadow still hangs large over much of today’s music – your Creepers, your MCRs, even your Declans, all owe a huge debt to this metamorphosis that a slightly kooky guy from Brixton underwent.

As he plays shows in front of disinterested vacuum cleaner salesmen or gets entangled in car-crash interviews, ‘Stardust’ is a film that sets out to humanise someone who, ironically, becomes famous for portraying an alien. “Yeah, that’s what it was all about, humanising him before he starts creating these characters to hide behind,” agrees Johnny. “That was a cathartic, artistic kind of innovation for him. Before that, he was fumbling around and trying to be outrageous, but everybody else was already doing that stuff first. Mick Jagger was wearing dresses in Hyde Park a couple of years before he did. He’s looking around at all these other rock stars trying to be like one, but he doesn’t have it in him.”

“He was this bonkers character, pulling all these worlds together”

This period of struggle and trying to find yourself is something that every artist goes through, and Flynn is no different. “Yeah, it was nice to think back on some of those awkward PR environments,” he remembers. “I’ve been sent to the Amazon offices to play for their office workers over their lunch break before, just because the label wanted me to get in with them. Or get on a ‘Must Listen’ list.” He finishes with a laugh. “Hopefully I’m not such a shit interviewee as him though!”

Much of the film sees Bowie stalked by fears for his mental health, with the lines blurring between reality and fiction as his own anxiety increases. Its poignancy and relevancy is made all the more stark when contrasted with reactions fifty years ago. “I found it interesting to be reflecting on a time when there was so much stigma still attached to issues around mental health,” ponders Johnny. “To consider how far we’ve come and how far we still have to go. I’ve had friends who’ve suffered with breakdowns and things, and I’ve had various things too you know? These invincible heroes that we have, we think that they’re untouchable with these things when actually, he was someone that was very fragile.”

As Bowie collides in an almost magnetic way with other outsiders and outcasts in the movie, a world where many of rock’s biggest icons wear a mask, both metaphorically and in his case, literally. “He was just incredibly awkward in his own skin,” he reflects. “And even when he’s successful, you watch him in interviews, and he just doesn’t want to be there. And then he’s fine when he starts singing. He did all these bold things on stage in character, but I think it was finding Ziggy that gave him something that he’d been looking for.”

Ah yes, Ziggy Stardust. The film may live mainly in his shadow for much of the running time, but when Bowie’s alter ego (finally) arrives, the world is suddenly bathed in vivid shades of day-glo colours. It reveals a character that is that rarest of creations, something with the power to still cut through even today. “He was this bonkers character, pulling all these worlds together and at that time it was such a new thing,” reflects Johnny before admitting that it was a daunting prospect having to finally don the outfit. “It was quite overwhelming, but when it came to the day, I loved it. They put an advert in the paper about it being a Ziggy gig, so loads of people turned up in 70s clothes, loads of drunk people on first dates I think. I loved it.”

Though the project feels like a one-and-done for now, Johnny does admit to conversations with director Gabriel Range about delving deeper into Bowie’s world by exploring his later Berlin period (think Iggy Pop, more drugs than is normally considered humanly possible, and a general air of hedonism that would make a Libertine wince). It’s a tempting proposition, but for now, Johnny is satisfied with what they’ve brought to life. “It’s designed to be this tiny moment rather than a sprawling bio-pic jukebox musical,” he nods. “It’s not aiming to be like other recent big rock star biopics.” Tiny moment or not, it led to this Starman taking his place amongst music history. And he is still burning brightly, even five decades later.

Stardust is in UK and Irish cinemas and on digital platforms now.