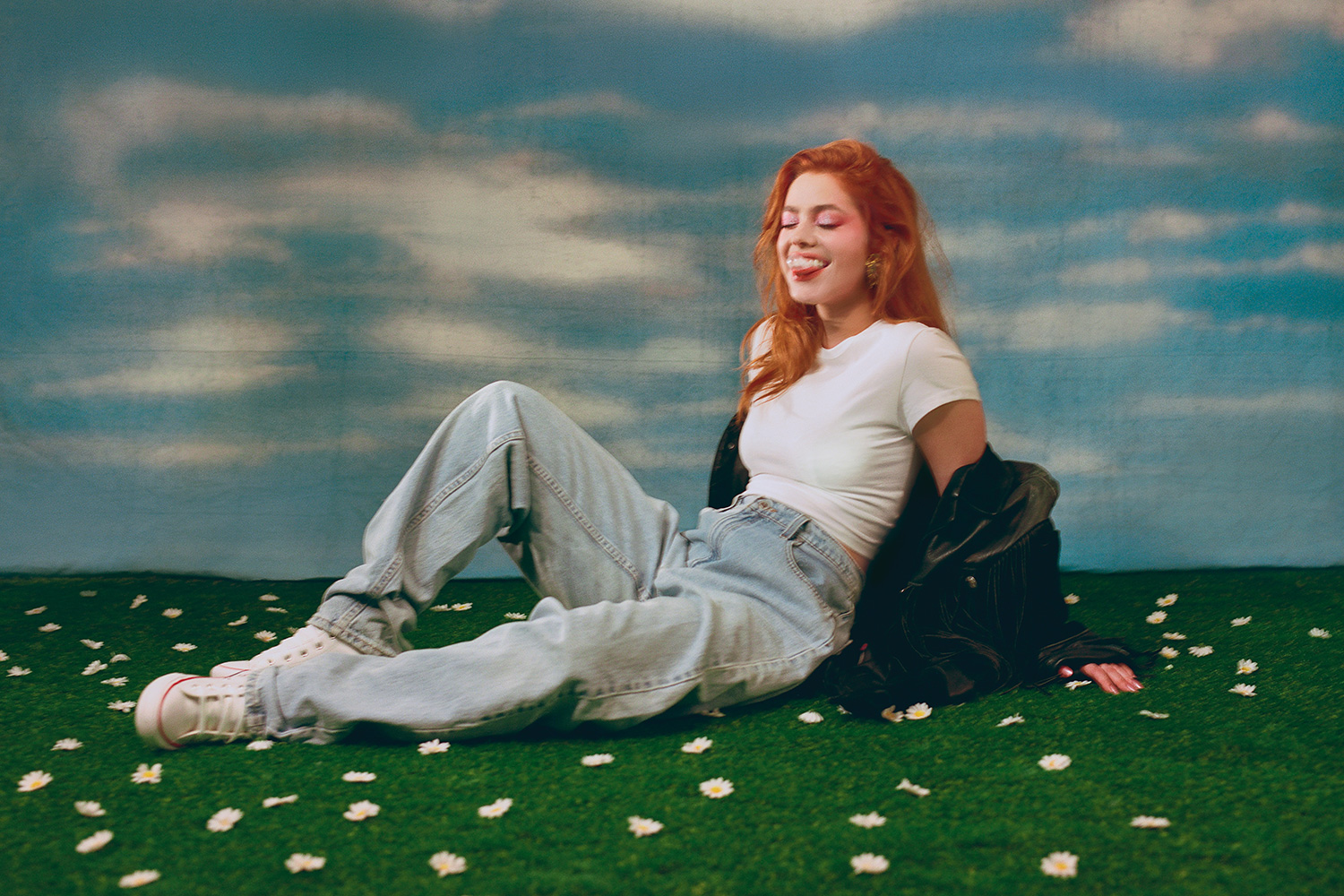 L Devine: “I’ve tried to explore all the corners of pop”

Alt-pop sensation L Devine is about to release the first of an exciting new mixtape one-two, ‘Near Life Experience: Part 1’.

Released just in time for Pride month, the track is a groovy, synthy 80s number that polishes off Part 1 of her upcoming mixtape ‘Near Life Experience’ and winds up being one of its highlights. “That song always reminded me of songs by queer artists or queer icons because I feel like they’ve always been artists that are never afraid to talk about taboo stuff and make it liberating and fun.”

She’s been working on the project for a long time now, with the bulk of it written during a writing trip to LA last February, right before the first lockdown, and the process of actually finishing those songs up was obviously very different in 2020. Producing songs over Zoom and during one-off trips to London, then continuing writing back in her hometown of Newcastle (where she permanently moved back to last year because the North is better, according to Liv), the mixtape is an accumulation of tracks from the past couple of years.

“I wanted to keep on churning out songs and keep putting them out as singles, and then when I realised that never happens as quickly as you want it to, I decided to make another body of work just so the fans have loads of tunes to listen to at a time.”

Most artists have spent the last year figuring out who they are, stuck home alone, and L Devine is no exception. Looking introspectively and drawing more inspiration from herself, ‘Near Life Experience’ is a reflection of how we’ve all been feeling.

“At first, the title to me meant like, where you felt like you almost knew what the meaning of life was only to be shown, no, you don’t have a fucking clue. But I think now it symbolises something different to me, because it really does reflect the way we’ve been living the past two years.”

The mixtape opens with thumping electronic banger ‘Priorities’, a track about being frustrated with her other half for not paying her enough attention. Written a while ago, the song’s meaning changed over lockdown as she realised she needed to shift that energy back to herself.

“What it says on the tin is me bitching about the fact that the person that I’m into won’t prioritise me when, in actuality, what I should be doing is taking a step back, and I should be doing all the things that they’re doing, but for me. I should be the one going to therapy; I should be reaching out to my mum, and stuff like actually perfecting my talents. A lot of the songs have kind of changed meaning for me; I guess it’s kind of helped me do some self-evaluation along the way.”

Have you ever had a near-death experience?

Actually yeah. When I was five or something, on Christmas Eve, I was so naughty. I woke up at like one in the morning, and I went downstairs and opened everyone’s presents. I ruined Christmas, basically. I was so excited, but it was really bad. So then the following day, when it came to Christmas dinner, I was absolutely shattered, and I fell asleep, so I had it later on by myself. I choked on a pig-in-blanket, and I was trying to tell my sister I was choking, and she was just laughing at me. She didn’t know what was happening, she didn’t know I was choking, but I was going blue, and my mum was beside herself. So I was about to die. And then she did the Heimlich manoeuvre, and then the sausage came out. Yeah, that was my near-death experience.

Other big bops on Part 1 include ‘Off The Grid’, a bouncy electro banger about chasing someone who clearly doesn’t want to be caught, and ‘Wish That You Saw Me’, which is sonically ‘Nervous’’s older sister (if you’ve been following L Devine long enough). There’s also old singles ‘Don’t Say It’ and wankthem ‘Naked Alone’, and one thing’s for sure, there’s plenty of yearning on this record.

On a more tender and vulnerable note, there’s the ballad ‘Be In Her Bedroom’, about pining for an old friend and wanting to know them differently. A firm fan favourite, it’s been around for a while, and we’ll finally hear the studio version on this mixtape.

“I think my favourite one is actually ‘Be In Her Bedroom’. The fans have been asking for that one for ages, and I was always rewriting it and never felt like I got it quite right – and yeah, I think we smashed it, I love it. It feels like a secret in a song, and I guess it kind of is; all of my songs are things I wish I could say to people that I can’t.”

With every release, L Devine has strengthened her own sound and has slowly but surely been climbing up the UK’s pop ladder. Usually plumping for a futuristic 80s electronic/dance instrumental, elevated by consistently fantastic open-book songwriting, ‘Near Life Experience’ is a taster of the L Devine album we’ve been missing.

“It’s a melting pot of my influences. It’s definitely pop music, but it feels a bit genreless at the same time. I feel like I’ve tried to explore all the corners of pop.”

Maybe you’ve noticed there’s a couple of singles missing – 2020’s ‘Boring People’ and 2019’s ‘Peachy Keen’ – but there’s more to come yet! Part 2 is on the horizon to complete the story, and she’s promising it’ll be soon. “Hopefully, when both parts are out, you’ll see the thought process behind the tracklist,” she says. “Maybe I’ve just bullshitted it completely, but I feel like there’s the story in there.”

She’s hoping for the whole project to be out by the time her twice-rescheduled tour comes around in September (yes!! We’re talking about live music again!!), which can’t come quick enough. “It was meant to have happened two years ago,” she explains. “I rescheduled it once because my music wasn’t out yet, and then had to reschedule it again when Corona happened. People have had these tickets for a long ass time. It’s good I’ve been allowed the time to get this mixtape finished; when everyone comes and sees the show now, there’ll be so many more new songs.”

‘Near Life Experience’? More like near LIVE experience, let’s get this show on the road! It’s been bloody ages, and a good boogie at a pop concert is well overdue.

Taken from the July 2021 edition of Dork, out now.  L Devine’s mixtape ‘Near Life Experience: Part 1’ is out in July.