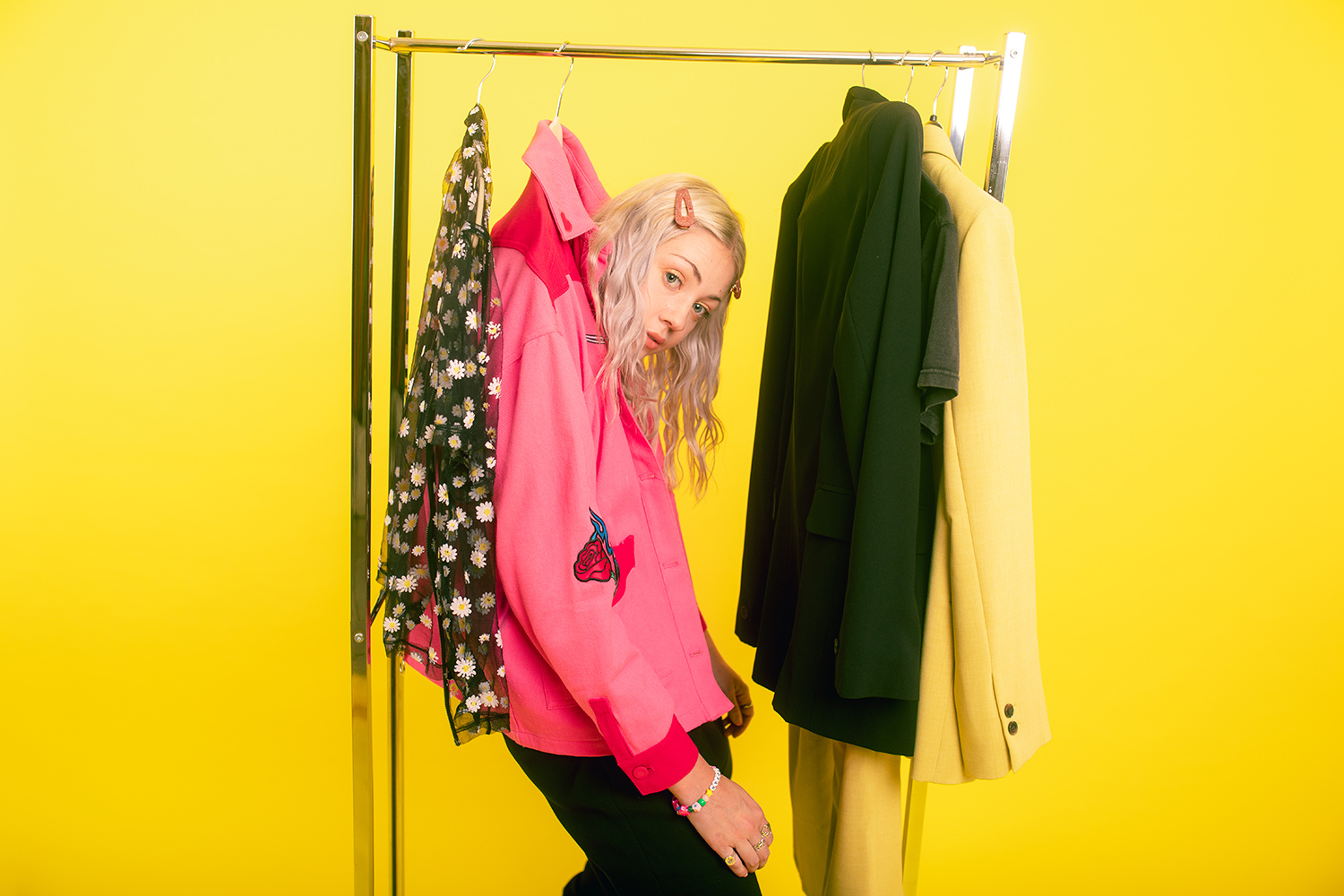 Dork fave Lauran Hibberd has teamed up with fellow Dork fave Lydia Night from The Regrettes for a brand new song, and has a second EP on the way. Good excuse for a check-in, then.

Lauran Hibberd is returning this July for her second EP ‘Goober’, which follows 2019’s ‘Everything is Dogs’. The announcement follows the fresh pop-punk-esque single ‘How Am I Still Alive?’, a collab with Lydia Night of fellow rockers The Regrettes. Lauran chats about artist team-ups, staying sane while living with your parents, and her infamous façade of dry wit.

How’s it been living at home with your parents?

Has chatting to fellow musicians kept you sane in lockdown (number three)?

Definitely, I think it’s super easy to fall into the trap of thinking you’re the only one feeling a certain way, and it’s really comforting to know that everyone else is also in loads of pain and struggling; I weirdly find comfort in that. Me and Zuzu gas each other up a lot, so it’s good for both of us.

When did you first meet Lydia Night?

We first met on The Regrettes’ tour in November 2019, and we hit it off – well, I hit it off with the whole band really; they’re all so nice. Musically we work together very well too. When I was writing this song, it just weirdly reminded me of her, so I dropped her a message like ‘do you like this, shall we do it together?’ And she said yeah! This is our first try collaborating, so I’m glad it was a success.

I’m going to say the collab between Phoebe Bridgers, Julien Baker and Lucy Dacus with their band Boygenius. It’s just crazy good, they did an EP together, and it’s sick, deffo my fave.

Moving on to the EP, what does ‘Goober’ mean?

It’s a slang word that I stole from Spongebob Squarepants; when he sings “I’m a goofy goober”. I love Spongebob, but also, my friends always call people Goobers, so it’s stuck with me, and it’s a cool word. It’s an affectionate word for a fool. To me, this EP feels better structured and written than ‘Everything is Dogs’, and I really know where I’m at and what I’m doing with it, so I thought that was a funny contradiction of a title. I want to maintain my stupid façade that I’ve got going on. That way, people can only be pleasantly surprised. That’s how I go about life; really undersell myself and then hope for the best.

And what is the significance of the accompanying artwork?

I want to imply that I’ve only just started growing and realised what I’m doing, so I thought a good way of showing that would literally be my head in a cabbage patch. I had a cool green screen, and a table cut to the size of my fat neck and had soil around me and stuff – a good day at the office!

Do you enjoy all your wacky artwork shoots?

They are fun; I always have quite a strong vision for these things. It’s a nightmare at the same time because you normally end up wrecking something. I always think next time I’ll do something simple and make it easy for myself, then I get there and I want to do a skydive or something.

Do your ideas often come from your dreams?

There’s a lot that happens in my dreams which I take influence from, for sure. Lots of imagery, like when people’s heads are on fire, I think wow that looks cool; I’ll write about that. I normally watch really weird videos, shark attacks and stuff like that before bed to promote these thoughts. I’m trying to write songs here; who cares if I don’t sleep?!

What is the overarching theme here?

I think it’s about being comfortable with where I am in my life right now. The first EP was me fumbling around, having no idea what I was doing, and that was how I decided to sell it – talking about sugar daddies and stuff. This time it’s a little bit more intellectual because I’ve thought a bit more about how I hide things, but there’s obviously the same dry humour in there. I think it’s just me being a bit more comfortable in the present moment.

Are you ever afraid to focus too much on romanticisms within your song themes and lyrics?

Potentially, there’s always got to be a good blend. When I write a song about a relationship, I never go down the cliché of being like ‘I love you, you love me, let’s get together’ – there’s always a funny story that I hone in on, which then becomes the theme of that song. The stories are masked in romantic situations because that’s how most people relate to things. When I think about the album coming up, there’s really not much about relationships on there, so maybe I’m just getting it out of my system.

How do you classify your sound, and has it changed a lot since the last EP?

I definitely think my sound has definitely evolved from ‘Everything is Dogs’. That was very indie-rock; I had just got into Weezer and was in love with my electric guitar. Now I think I sit down and think about stuff more… it’s more riff-based, and I think the overall theme is more mature. I kinda do call it slacker-pop; I like that. It’s pop music for people who don’t want to declare that they love Taylor Swift but secretly still do, so they just listen to me instead then.

Is Avril Lavigne someone you also aspire to be like?

I grew up listening to Avril, so for me, it’s like being 12, putting eyeliner on wrong and dancing in the mirror – that’s sort of what it makes me feel like. I get a warm feeling inside whenever I hear her music. I’ve always loved Green Day too, and all of those influences are subconsciously playing into my every day.

Do you see that child as someone who would listen to your music now?

I think it is for kids like me when I was 13 and didn’t really know what was going on, but I still thought I was cool. I think my audience should think they’re cool, but also absolutely not be cool. Don’t tell them I said that!

How has fan interaction in lockdown been over social media – your weekly pub quizzes have kept us entertained!

I was trying to find new ways of interacting, and I didn’t want to be posting ‘oooh look, today I’ve been writing all day again!’ People know that I’m doing that. So I thought, what can I do that’s funny and real? We were just about over the pub quiz hump; everyone had done the Zoom quiz phase and was sick of it, so I thought now would be a really good time to come out of the gate and capitalise on that ‘nostalgia’.

What’s the overall impression you want to leave listeners with after hearing ‘Goober’ for the first time?

I want them to be like, ‘what was that?! I don’t know what this is, but it’s cool, and I think I want to listen again’.