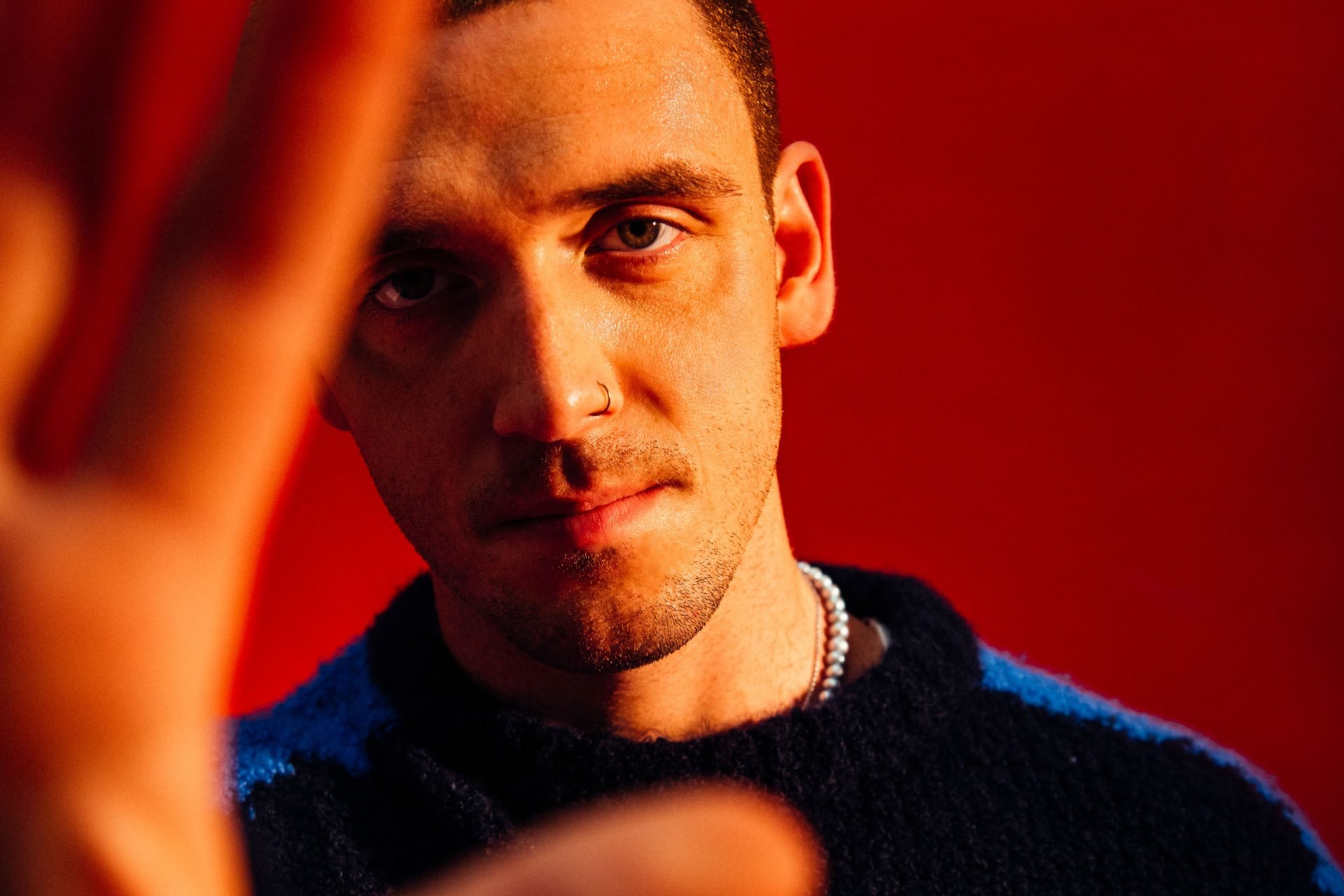 Lauv: “I realised I need to strip things back to myself”

Many musicians tackle their second album by striving for a new maturity, often becoming insular and dull in the process. Not Lauv. With ‘All 4 Nothing’, he’s reconnecting with his roots.

Childhood memories are often of gleeful laughter, undiluted joy and a lack of worry; no stress about the future or overthinking every detail of the past, just pure, in-the-moment happiness. When you’re a kid, falling off your bike equates to a quick cry but little hesitation in getting right back on it. As an adult, though, it becomes all too easy to get caught up in things, admit defeat and refuse to try again. Getting lost in the menial things that don’t matter is second nature and trying to control every inch of life becomes the norm.

Yet, in making his second album, ‘All 4 Nothing’, Lauv has found the key to reconnecting with that unhurried, freer version of himself. When the pandemic rolled around, the multi-talented artist found himself in a place of relentless anxiety and pressure. “I was feeling so, so anxious about my career despite it going well,” Lauv, aka Ari Leff, reflects. “I realised I need to strip things back to myself.”

In a whirlwind of conflicting emotions and stress, who we are deep down often gets mislaid. Opening track ‘26’ deals with that turbulence of not knowing how you’ve ended up where you are and how to process your feelings around that. “I wanted to set the stage. These are things that I’ve been feeling. The whole album is about getting back in touch with your true self and ignoring all the garbage. ‘26’ was like, hey, I’ve been feeling this way in my life, and I need to figure it out.” It opens up with a dazzling, spinning instrumental that feels akin to a classic teen film. Rather than coming of age, though, Lauv is instead coming back to himself.

While the pandemic opened up a window, the making of the album itself is what facilitated the unleashing of those pent-up stresses. That quest back to Lauv’s roots came hand-in-hand with the album’s creation – it’s learning and unlearning, both musically and in day-to-day life. In terms of the music itself, he had to take a step back. As a multi-instrumentalist, producer, singer and songwriter, it would be easy to fall into the trap of making the process insular, refusing the influence of others. However, in making ‘All 4 Nothing’, Lauv called upon co-producers and peers to ease that burden – the first step in his progress.

It seems second nature for Lauv to revise his music to within an inch of its life. This time around, though, he resisted the urge. “Freestyling was the main thing. I wanted to see what would happen if I didn’t think as much. Not that I’m usually…” he trails off. “Well, I’m a huge overthinker; that’s a lie,” he admits with a laugh. “I wanted to try to feel a vibe, hear some chords, turn the microphone on and go for five or ten minutes, find out what naturally gets channelled. It started almost as a joke, I wanted to learn how to freestyle rap, but I’m not good at that. But the joke turned into something real. It was a super cool experience because I got to just feel in touch with my instincts, which was awesome.”

The stream-of-consciousness style is transformative. There’s always been a journal-like quality to Lauv’s lyricism, but the flow he finds on this album is incredible. Every beat, every whirling emotion, every spiralling situation is felt at his side. He’s always shown his hand, but now all the cards are laid out on the table. Old wounds are left open, regardless of how long ago they were inflicted. ‘Stay Together’ airs out the stresses of a previous relationship with the gift of hindsight, while the dark beats of ‘Time After Time’ recounts an intoxicating fall into love. It bridges the gap between time with absolute effortlessness.

As laidback as it may seem, it doesn’t reflect the sheer scale of the work Lauv put in to reach that point. “I went through so much existential questioning in the process of making the album. I was also doing so much meditation,” Lauv explains. “I was introduced to inner child meditation and healing work. After I went through some of that stuff, it really progressed my headspace into a different place of feeling like I could take care of myself emotionally and not just always be chasing things and running away from myself. That was definitely a bit of a growing-up thing. Being like: I have to be my own parent now, I have to be responsible for my emotions and figure out how to deal with them.”

Diving deep and pondering what a younger version of yourself might think of you now prompts a major perspective shift and an inclination to perhaps make them proud. It also instigates that need to embody them: to feel everything without diminishing it and to enjoy things as they happen. It’s something that Lauv now brings into his day-to-day.

“I meditate multiple times a day. This is silly, but I’m trying to just jump into the cold pool every morning now. There are little things I can do – taking walks! I used to be afraid to take walks; I don’t know why. It just made me anxious, the idea of stepping away from working and walking. But really, any of that kind of stuff is really helpful. Spending time with people I feel close to and just having a chat and letting it all out.”

In being more present, there’s a connection with the self to be found – not the self burdened by the weight of life’s stresses, but the true self found underneath. On ‘All 4 Nothing’, Lauv reaches out to that self’s dying embers and reignites the light. He accepts that perhaps things might not pan out as expected, but there will be moments to celebrate regardless. It’s important to revel in them, even if they differ from what you imagined.

“It was very much about surrendering control,” Lauv admits. “If you really think about it, love is like a power loss. I feel like when you’re falling in love, you lose that control, which is a scary thing. It’s the same thing for life. At least for a person like me, it was a lot easier to be really in my head about how I wanted life to be and have all this control to make these things happen. You realise at a certain point that drives you crazy. Maybe some of those things will happen, but probably a lot of them won’t. That learning to let go of control – that’s what makes me feel like a little kid again. It’s those moments where you’re just happy, and everything looks and feels vibrant. It’s those meditative moments that are just so dope. It’s hard to do that all the time. I’m still driving myself a little crazy, but I have way more moments now that feel truly present, which is irreplaceable.”

“I’m still driving myself a little crazy, but I have way more moments now that feel truly present”

In unlearning those ideas that we become accustomed to as adults, a whole new world of joy can be unlocked. Fundamentally, ‘All 4 Nothing’ is a story of love. It seeps into each song – love for who you were, love for who you are, love for friends and partners and a love for music. It has an energy previously untapped – one that seems to stem from true contentment and understanding.

It’s in the lush Disclosure-produced beats of ‘Summer Nights’, an ode to mid-pandemic nights defined by a craving to move. “It was the dead of lockdown, and I was like, I wish I could dance. Me and my friends would get together for a small thing when we could and just turn on speakers and dance for hours because we had so much pent-up energy. It was really fun to do something like that for the album.”

It’s just as present in the more pop-leaning ‘Kids Are Born Stars’ and its nostalgic tinge. Affection and adoration are beautifully inescapable on the album, and never more so than on its titular track ‘All 4 Nothing (I’m So In Love)’, written with his girlfriend. “It was really important because that was the first time I’d written a happy song while being in the relationship. Songs like ‘I Like Me Better’, I made that after the relationship ended. I’ve never been able to make love songs very often whilst I was actually in the relationship. It was just so dope. Making that with my girlfriend means a lot to me.”

It also exhibits a vulnerability that’s not unfamiliar to Lauv. There’s an intimacy to his lyrics that he never shies from, and on ‘All 4 Nothing’, he embraces that even more as something to learn and grow from. “I love [being vulnerable] when I’m making the music for sure. Maybe the closer I get to putting it out, there’s part of me that gets a little scared sometimes. I think that’s natural. The process of being vulnerable in my music is probably my favourite feeling. I feel like I learn so much about myself in the moments when I’m vulnerable with other people. There’s just something about it. It’s different from just journaling or being honest with yourself. When you can be honest to the outside world, you learn.”

There’s deep-rooted wisdom to Lauv. He’s a calming presence to speak to, but there’s far more to him and his music than that. Lauv means ‘lion’ in Hebrew, and with ‘All 4 Nothing’, he embodies that strength. There’s a quiet power to reconnecting with yourself and coming to terms with your dreams perhaps not manifesting quite how you pictured. There’s a power in honesty and unravelling years of stress. There’s a power of being in the moment and being okay with it. Lauv has unlocked that power and, in doing so, rises to a higher self. ■