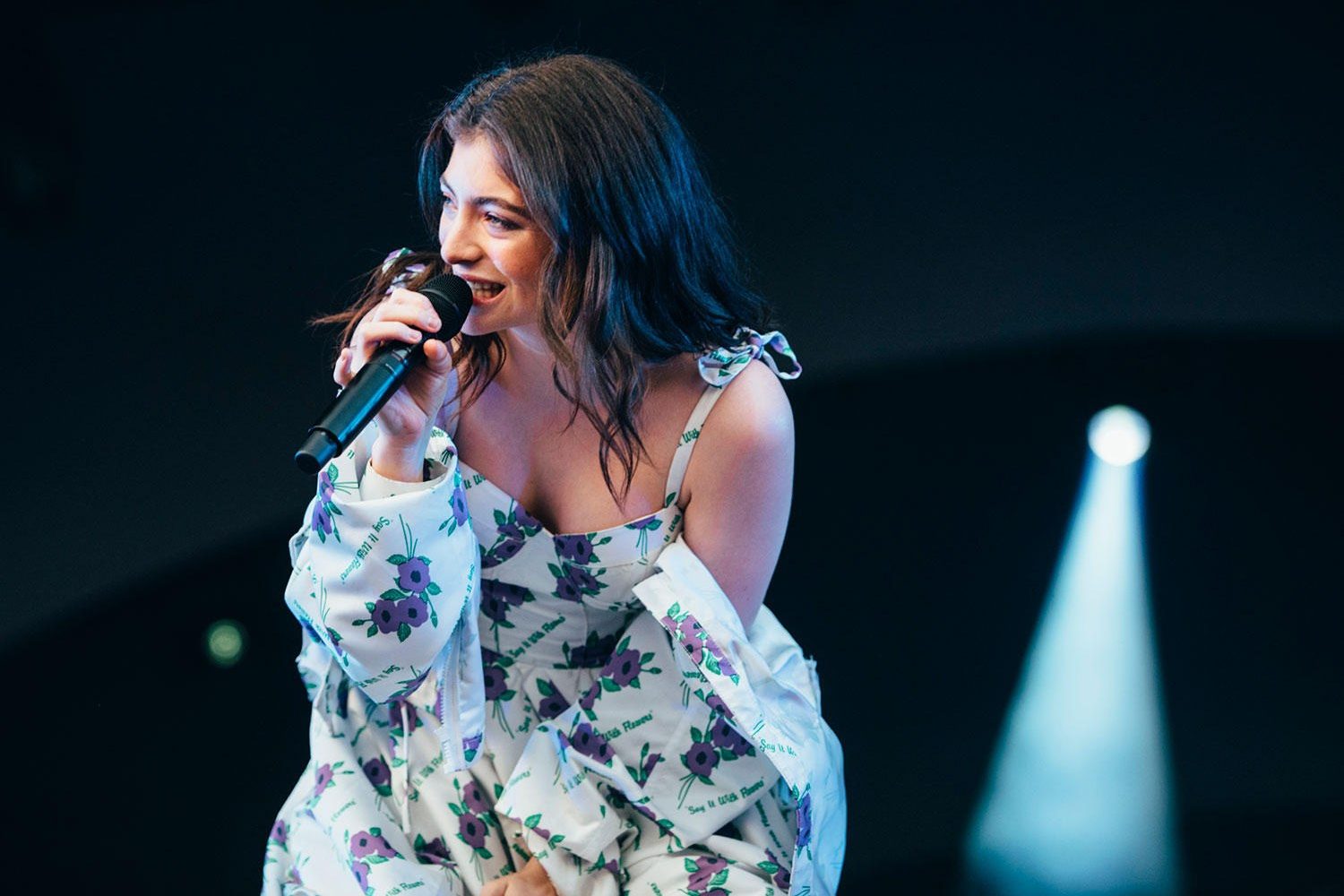 What does Lorde‘s taste in onion rings tell us about album three?

Dork investigates what we can learn about 2021’s most anticipated album via the medium of fried food.

Rumours have been increasingly aflutter this past year as to when all-round pop champ Lorde might be returning to our lives with a third album, the follow up to her 2017 masterpiece ‘Melodrama’. In an email update to fans last May, she confirmed that recording had started pre-lockdown in Los Angeles and her native Auckland, New Zealand, alongside serial collaborator Jack Antonoff. “The work is so fucking good my friend,” she said, “I’m so jazzed for you to hear it.” Cut to December 2020 and the teasers continue: Ella’s publishing ‘Going South’, a book of words and images inspired by a trip she took to Antarctica, naturally. No new music as of yet, but a tasty morsel to tide us over until then.

But there’s more, Dear Reader, and ‘tasty’ is the operative word. Ella has also restarted her Instagram account
‘@onionringsworldwide’ where she shares ratings of onion rings around the globe. It’s picked up more than 30,000 followers since then.

The account was famously abandoned some years ago after internet sleuths busted her secret identity – “I’d get a smile and a wink from waitstaff— it got embarrassing, you know?” – but with four new posts in one day including rankings of three New Zealand eateries, it’s about as much content as we’ve had from Lorde in ages and we felt the whole thing deserved some digging into. So, obviously, our resident Kiwi Alex Cabré went along to sample some rings and see what, if anything, they can tell us about L3.

We start with the Crusty Crab in Russell, about four hours north of Auckland. It’s an unassuming takeaway with – would you believe – a red cartoon crab as its mascot. When we ask the staff about Lorde’s visit they’re unaware she’s been by, but extend an invitation that she does “please come again”.

Lorde says: “Really good ring, sort of a reconstituted onion pulp situation but it conjured a Proustian nostalgia for days past. 3.5/5”

Dork says: At 50¢ per ring (26p) they’re the cheapest of the three. And she’s right about the “pulp situation” – these rings have something of a mushy interior, sort of a hash brown consistency. However, they’re breaded not battered which gives a pleasing crunch, and they go down well with a generous dab of ketchup.

This, we can assume, is Lorde’s local chippie. It’s dead quiet when we visit (but to be fair, it is 3 in the afternoon in that week of limbo between Christmas and New Year’s). As well as an extensive menu of chip shop classics, they also sell sushi, donburi, and salads all ornately displayed in glass cabinets. But that’s not what we’re here to taste.

Lorde says: “Ah, the fish and chip shop ring. Humble, honest. Did I miss the crunch of a true battered ring biting into this? Perhaps. But it was perfectly seasoned, and brought joy. 3.8/5”

Dork says: These rings are really good. Ours come slightly overcooked, but taste all the better for it. Their golden exterior contrasts beautifully with the silky strands of white onion inside, and Ella’s right – the tangy seasoning means sauce isn’t even needed.

Lorde says: “First onion ring in some time, from the inimitable Fergburger in Queenstown. Mates, she was a good onion ring. Great crunch, full distinct rings. So good I forgot to take a pic until the end. 4.5/5”

Dork says: Sadly, Queenstown is a two hour plane journey away, and our commitment to world-class investigative music journalism falls short of actually going to visit. However, after a couple of phone calls we’ve got a hold of general manager Stephen Bradley to see what insight he can give us.

Hey Steve, what do you make of Lorde rating onion rings on Instagram?

It’s fun for a celebrity to talk about things they enjoy. We’re big fans – she’s a great musician and a good supporter of New Zealand.

Were you aware of her coming in and sampling your onion rings?

We weren’t. We’re very lucky to have served lots of different celebrities and sometimes it will be ‘their people’ who order, but I think she probably ordered herself. As well as sports stars we’ve served Justin Bieber, we’ve personally catered for Ed Sheeran, so Lorde is a great addition to our trilogy of famous musicians.

What can you tell us about your onion rings?

A lot of work goes into them. They’re not just a side dish. They’re hand-cut, soaked overnight in a special brine, then hand-crumbed daily and cooked fresh to order. It’s $7.90 (£4.17) for a large box – you get a generous portion.

As for Lorde’s culinary critique, we reckon she’s spot on about John Dory’s being better than the Crusty Crab, and although we can’t taste Fergburger’s ourselves, she admitted herself on the Jimmy Fallon show back in 2017 that “[something] you can do to make an onion ring magical is lightly pickle the onion before you batter it up. It takes on this acidity, it’s incredible”. It seems their method of brining overnight has paid dividends with a high-ranking score.

And how could this all translate musically? Well, we’re bigger fans of Lorde than we are Proust, but if the Crusty Crab conjured “nostalgia for days past”, perhaps we can hope to see a more retrospective element on the next album. ‘Melodrama’ was, of course, a huge step forward from Ella that found her coming of age and facing the future so it’s not a long shot to expect more contemplative lyrics on its follow up. And as for John Dory’s “humble, honest” ring, proof as ever that Ella can find emotion and romance in the tiniest of details.

Steve from Fergburger, how do you think your onion rings would sound if they were a Lorde song?

Fresh, inspiring, and something everyone should partake in.

There you have it, folks. Perhaps Fallon put it best back in that 2017 interview: “If she puts this much work into onion rings, you can imagine how great the record is.” No doubt the same can be said for LP3.

Taken from the February 2021 edition of Dork, out now. To read the full issue digitally now, sign up as a supporter here.

The new issue of Dork, starring Bastille, is out now!

Wolf Alice have announced rescheduled dates for their UK tour

Muse are back with their brand new anti-bullying single, ‘Won’t Stand Down’