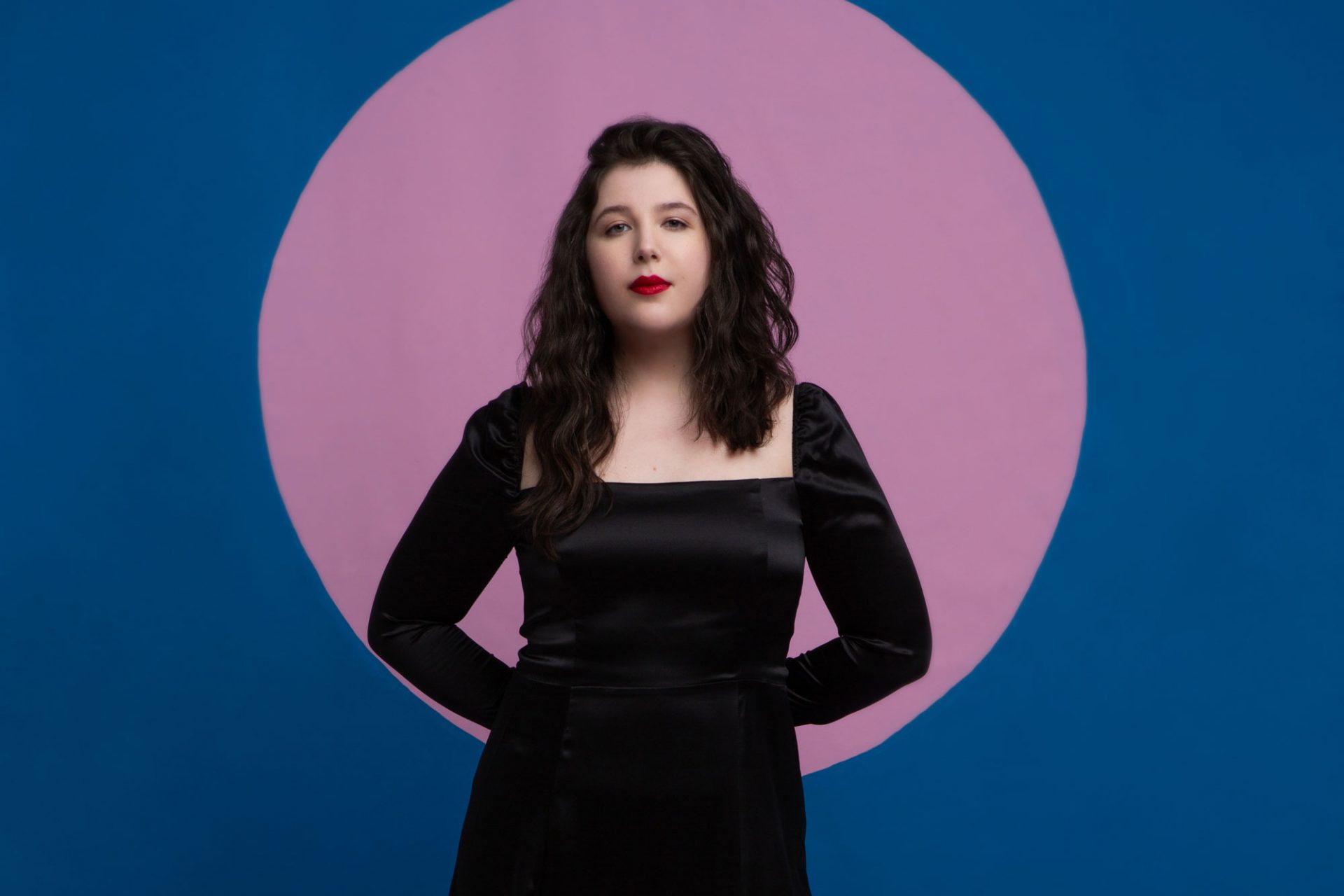 With her rich and confessional third album ‘Home Video’, Lucy Dacus is interrogating the past as a means of moving forward.

Several time zones and a hazy Zoom stream away, Soggy the cat perches lazily in an armchair. “Looking really cute right now!” laughs Lucy Dacus at the top of our conversation. “It’s actually not my cat; I just live with her. We’re roommates,” she notes from off-camera.

The Virginia-born singer-songwriter has a way of making intimacy comfortable in her music as much as in her interviews. Recently turned 26, her career ascent has been deservedly fast: with its candid lyrics and warm sonic palette, 2016’s ‘No Burden’ introduced Dacus as a scintillating new voice in indie-rock, a promise ‘Historian’ made good on two years later. She’s also a third of the emo/folk supergroup boygenius alongside Julien Baker and Phoebe Bridgers and appears on both of their latest records.

Her own third LP is ‘Home Video’. Recorded pre-Covid and finalised during (“and hopefully we tour after!”) it’s an unabashed nostalgia trip that finds Lucy revisiting memories of home and childhood, unearthing new truths she missed the first time ‘round.

“I’m not sure if I dwell, but I rest in the past,” she explains, laptop spun back around from dozing Soggy in the living room of the Philadelphia home she now shares with friends. “I feel like there’s a lot of solace to be found in things that can’t change and also so much to learn. A lot of people I know either don’t like to think about the past or feel trapped by it or equate remembering things with [being] corny or depressing, but I find it really generative. How are we supposed to do better without the past? It’s an underrated tool.

“I’ve always felt like I’m a really self-aware person because I journal a lot, and I verbally process a lot with friends. But I’ve realised how many emotions I don’t let myself feel when I’m feeling them. I intellectualise my way out of my feelings all the time, and I don’t think that has served me very well. But that’s okay. Like, I feel like you don’t know what you don’t know until you… know. You can’t really fight it.”

A prevailing theme on ‘Home Video’ is religion. Raised Christian by her family, Lucy has been vocal about faith in the past; the topic is peppered across ‘Historian’ if you know to listen for it. On this album, she sings of specific coming-of-age moments with more lucidity than ever, like over the slow-building ‘VBS’ (that is, Vacation Bible School) where she recalls meeting her first boyfriend at one such camp.

“[He was] the resident bad boy who loved Slayer and weed more than Jesus. I took it upon myself to save him and make him stop doing drugs, with an exception for snorting nutmeg. God, I was so lame.”

Humour and compassion are rich in Lucy’s writing. After all, who doesn’t laugh when they think about their messy early teenage years? But there are serious tones ingrained within the cringe. Take the tender piano ballad ‘Christine’.

“That’s about me and my friend and our boyfriends at the time coming home from a church service where they split us up by gender and talked about sex. They basically told us, ‘You’re all teens, and you’re all bent on evil. Satan really wants to make you sin. Don’t have sex! Don’t do it!’ Something like that.”

Today, she doesn’t ascribe to any faith. “Nothing really happened to make me stop believing; it was kind of a slow fade over many years. It’s not a…” She pauses for thought. “I can’t really relate to who I used to be sometimes. That’s part of why I think I write songs about it, because I feel like if I could, I would learn a lot about myself.”

As its title suggests, ‘Home Video’ owes a lot to Lucy’s love of the camcorder clips her parents recorded of her as she grew up. Several even feature in the music video for ‘Hot & Heavy’, the album’s breezy lead single, in which she enters a mysterious movie theatre where recordings of baby Lucy are projected on the big screen. They transition from VHS fuzz to her present self as she embraces the past, which ultimately led her where she is today: “Now you’re the biggest brightest flame / You are a fire that can’t be tamed,” she sings at its rousing crescendo.

Lucy has long had a passion for cinema – she planned to study it before taking up music full-time – and its influence can be felt on this album.

“I think that cinema’s a cool place to find inspiration because there’s so much within it. Every art form is involved in cinema, so there’s something for everyone,” she muses. “There are a lot of rules from film school that I have taken to music, like when it comes to tracklisting I’m thinking about scenes and setting and having a flow that keeps you engaged from the beginning to the end.”

Testament to her direction, ‘Home Video’ is expertly paced with an enthralling ebb and flow from every track to the next. Bursts of noise appear from nowhere like blockbuster plot twists; ‘VBS’ is slow and acoustic-driven until suddenly it isn’t. In other places, all the noise is stripped off entirely.

“I would kill him if you let me / I would kill him quick and easy,” Lucy almost whispers on ‘Thumbs’, the record’s devastating crux where she fantasises about murdering the dirtbag father of a close friend with her bare hands. “It made me feel weird, almost sick,” she has previously said, of writing it, which must be the musical equivalent of striking gold?

“I think that is a good indicator, at least on a personal level, to be able to say something to myself that makes me feel that way. It makes me feel like I’m in touch with what I’m thinking, because I don’t a lot of the time. I’m really happy with the way people have resonated with it. I wasn’t sure if it was going to work, or if it was just going to feel like a punch, if it was too brutal.”

Truthfully, ‘Thumbs’ does feel like a punch, in the best way. The super-minimal instrumental leaves space for the lyrics to hang and breathe, for their full weight to be felt. It makes sense then that Lucy wanted the song to meet the world properly; when she used to perform it on tour, she would ask the audience not to record or share it before its official release.

“I didn’t want it to meet the world through a phone speaker. Also, a lot of the early times that I sang it, I cried, and it sounds bad when you cry! I didn’t want people to hear it for the first time with me being like [she feigns a messy blubber]. I’m glad people respected that.”

Recorded in Nashville near the end of 2019, the album’s personnel includes Jacob Blizard and Collin Pastore, who also worked on ‘Historian’. Being among such trusted friends allowed Lucy to be as open and honest as ever, even if the vibe in the studio was often less than serious.

“Part of why I love working with them is [because] we’ve developed a very specific vocabulary and shorthand for things. Collin, for instance, is so crude as a way to keep us awake! Like, I’m not even gonna say the things he says in the studio. And then Jacob has so many ideas, as do I. Most of the time, we do things very quickly, but occasionally, we’ll disagree and fight. Like, all-out screaming. And I have to end up being like, ‘You have to listen to me! I don’t care; you have to do what I say!’” She laughs, animatedly. “It’s nice to be able to do that and trust that our friendships are not at stake.”

And of course, Lucy’s boygenius comrades Julien Baker and Phoebe Bridgers make cameos, completing the triptych of the three friends singing on each other’s records. In fact, she reveals, all their shared parts from ‘Home Video’, ‘Punisher’, and ‘Little Oblivions’ were taped in the same day.

“Phoebe wanted us to sing on ‘Graceland Too’, and then Julien was like, ‘well, I have this song ‘Favor’’, and I had just written ‘Please Stay’. I think we wanted each other on all those songs because they circle ‘round a similar theme. I think having that extra bit of support from each other made them feel right.”

“I think we’ve all changed pretty noticeably,” she says, ruminating on how creating music with her two close friends has influenced her own practices. “They helped me be more personal and dwell in darkness a bit more. With ‘Historian’, I wanted to talk about heavy stuff but within every song have an exit strategy from the bad feeling, to offer this ability to get out of your worst states. Whereas sometimes it’s enough to just be in a bad state of mind, or to be in solace. Not everything needs to be a teaching moment. I think they helped me see how that’s useful even if not everyone will be able to relate.”

Also featuring Phoebe and Julien, ‘Triple Dog Dare’ is the album’s monumental finale. On it, Lucy realises the full power of her role as narrator, using sound and words to paint a vivid story. She describes hitting cans and spoons to make the percussion loop heard on most of the song.

“I wanted it to feel like the character was walking… it’s like, ‘we’re going to the five and dime’, like a convenience store. I wanted it to sound like when you pass your hand along an aisle of jars.”

It’s one of her most enthralling works to date, closing in like a thunderstorm before bursting open in a shower of squealing guitars. Rife with symbolism, it draws on a true experience from her teens.

“It’s based on a friend that I had a really intense connection with [in] freshman year of high school, though I imagine the girls in the song a little younger. I think we probably had feelings for each other, but I wasn’t out to myself, and she actually came out to me past the point of our friendship. I think that her mom saw what was going on before we did and tried to make us not see each other. She was a Catholic and a psychic, so she would say, like, ‘you are in imminent danger if you hang out with Lucy tonight. You have to stay home.’ Things that I’m sure she was just making up because she was afraid of her child being gay.

“It has this alternate ending where the two girls run away and steal a boat and try to live on the open sea. It’s up to anyone’s interpretation whether they succeed or not, but they definitely leave.”

Taken from the July 2021 edition of Dork, out now. Lucy Dacus’s album ‘Home Video’ is out 25th June.