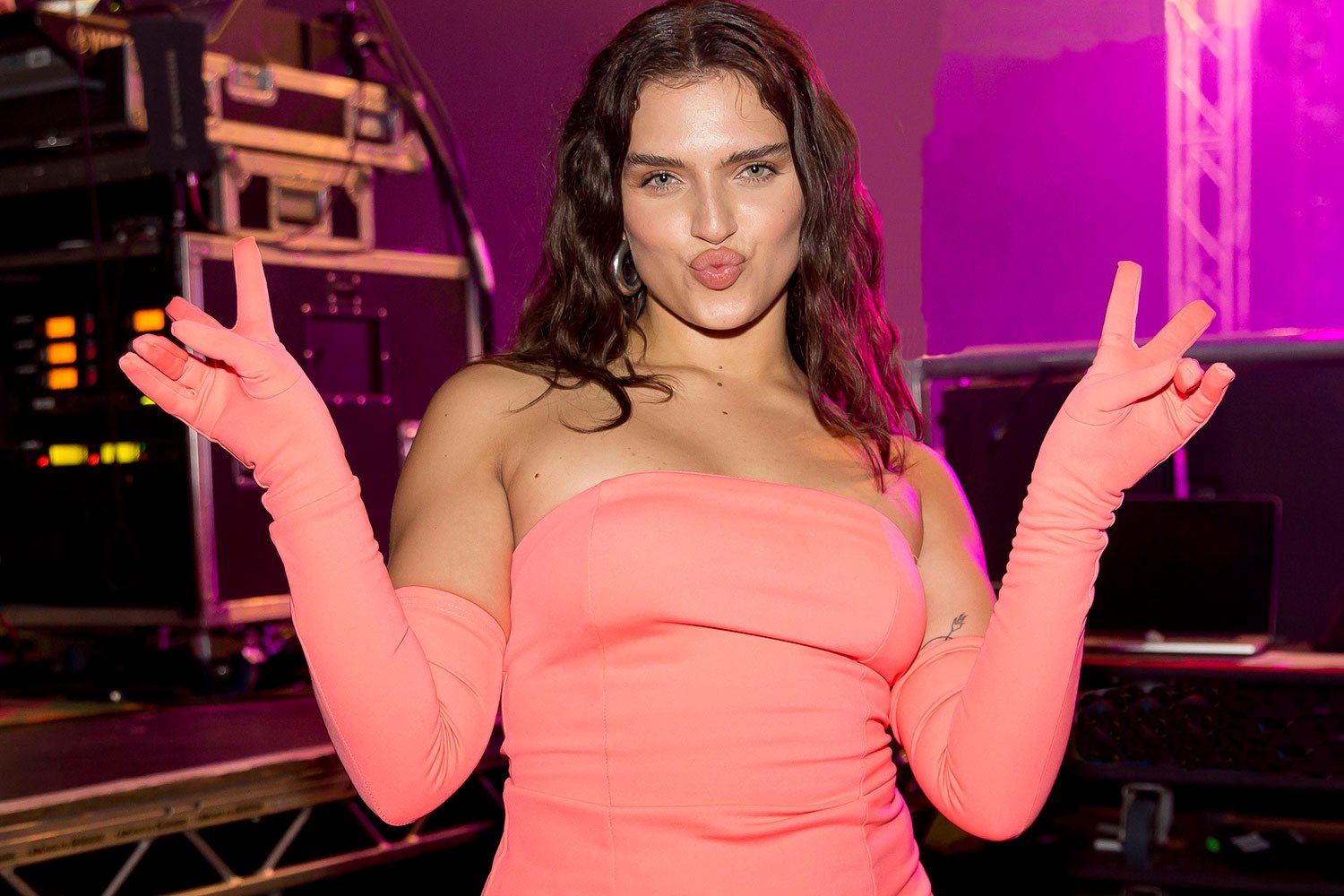 Mae Muller: “Now that I’ve seen what I can do, I’m trying to go even bigger”

With millions of fans tuning in over the last year, there’s no denying the star power of Mae Muller. At Y Not Festival, she tells us all about her journey to date.

Hi Mae! How was your set at Y Not tonight?
I’ve never been to this festival before and had no idea what to expect, but that was one of the best crowds we’ve had this summer. I had such a great time, and I can tell when my band are having a great time as well – I can hear my drummer in my ear screaming with energy, and that hypes me up. We’ve done a few festivals already, but this one is a highlight for sure.

You just dropped ‘American Psycho’, and today was its first proper outing – what can you tell us about the track?
It’s been in the pipeline for so long, and it feels so surreal now that it’s finally out; I don’t really know what to do. You know when you work towards something for so long, and you’re like, what happens now? I’ve not done a song like that before that’s very in the feelings, very expressive, and I can just let go a bit; it feels really nice. That was the first time I’ve performed it in my own set, so that’s a bit nerve-wracking, but it went well; people were definitely getting in their feelings. That’s what we want, just listen and let go!

You’ve done quite a few collaborations now, but how did this one come about?
I’ve been such a big fan of Marshmello, has such a legend and to work with him was such an honour. I think he heard ‘American Psycho’ while I was in the studio and loved it, so he then made it a million times better. I couldn’t believe it at the time; this was when ‘Better Days’ was really starting to do its thing too, so my life was going absolutely crazy. I’ve been a fan of Trippie Redd for a while and just wanted a cool rapper on it, so we went for it and asked him – the worst he could do is say no, but he said yes and smashed it! His verse added something that neither of us could ever have done. It’s a very unlikely trio, but it really, really works.

You’ve expressed that this song is kick-starting a new era – what’s changed?
‘Better Days’ was my first introduction to success on a new level, and I’d never experienced that level of elevation before; it felt very new. Now that I’ve seen what I can do, I’m trying to go even bigger. This era visually is a bit darker, more intense; it brings out a completely different side to me that I haven’t really shown before. A lot of my stuff is sassy and tongue in cheek, which is a big part of who I am, but it is nice to say no; I can offer some serious shit now. It’s been good for me personally to express that.

With ‘Better Days’ blowing up in September, has it now become the festival bop that you envisioned?
It really has! I played it last summer, but it was unreleased. Even before people knew the words, it brought such a great energy, and people loved it. Now that it’s released and the sun’s out, it really does encapsulate that feeling of just having a good time. We were just coming out of that… ‘thing’ when I dropped it, and it finally started to feel like that weight had been lifted off our shoulders; that’s what I wanted ‘Better Days’ to be for people, and I think it has become that now.

You started working on music aged 19 and have been grafting away for the last five years. How did the sudden exposure from that track feel?
Really weird. It happened overnight in a way; it became this massive thing that just kept growing super quickly. I have actually been working on my music for five years, though, it took us so much hard work to get here, and then suddenly, it finally broke through. I felt ready for it because I had worked for that long and had time to figure out who I am. I think it looks really appealing to have overnight success with your first song, but that must actually be really scary because you wouldn’t really know what you’re doing. I feel really blessed to have had that time to grow – I might have found it hard, and I did get a bit impatient, but now that this is happening, I’m really grateful.

Your songs use negative events in your past to instil a sense of self-worth in the present – why do you think that has connected with so many people?
I think that is a universal experience. It’s really easy to get lost in the fear and anxiety of past trauma, and that can stop you from enjoying certain things in the future. Trust is a big thing – once your trust has been broken, it can be really hard to trust someone again. I wanted my music to show that there is life after that negativity, in relationships or anything else. If you feel bad now, that’s not going to last forever. I’ve been through some shit, and yet here I am – you can find power in that.

With your live shows, the impact on young women, in particular, is obvious – is this a deliberate empowerment you’re providing?
Being a young woman myself, it just comes out automatically. When I first started writing music, I didn’t aspire to become any sort of role model for young girls – I feel so blessed that I might be seen as that, but I just wanted to write music and see what happened. When I saw that it resonated with other people, it became so much bigger than me – it could actually help people. I love to see and feel that. It took me a while to get there; when I was younger, I was such a pushover. I let people walk over me and found myself in situations where I really wish I’d known that I had the power to stick up for myself. This is how I make up for it – if I can help a 15-year-old girl in the same position that I was in, maybe they can use their voice how I wish I had.

‘Better Days’ has been nominated for PUSH Performance Of The Year at the VMAs. Does that validate your impact somewhat?
That wasn’t even on my bucket list; I am still quite shocked – it’s a bit mad. Watching MTV growing up, it feels weird when it happens to you. There’s a little bit of imposter syndrome, but I have to tell myself no, I’ve worked hard to get here, and I’m really honoured just to be nominated; that’s the real win for me. That’s all I needed!

You’ve recently been cast in action-thriller Gassed Up, so hopefully, that music video experience is paying off. How did that happen?
That’s just another crazy thing. The production company behind the film reached out to Universal Music, asking if any of their artists would be interested in making some music for the soundtrack, and I was sent over because I’ve really enjoyed working on that kind of stuff before. They saw me and thought I looked like the character they needed for this film, so they asked me to audition. I asked if they’d got the right person; I was very confused but more than happy to do it. After three weeks, they asked me to do it, and that was a big dream that was on the bucket list. I always wanted to get into acting at some point; I just didn’t know it’d be right now!

Big ambitions seem to be one of your defining attributes, and they’re starting to pay off – what’s the next step in that journey?
There’ve been so many things that happened even in just the past few weeks, so I’ve really learnt that anything can happen. Even when I literally had nothing going on, I still had the biggest ambitions, but now I can finally see them coming to life. We need to get the album out first, though! I don’t have a date yet, but it’s basically done. I’ve got so much music coming up that I can’t wait to show off; it feels like a really exciting time.