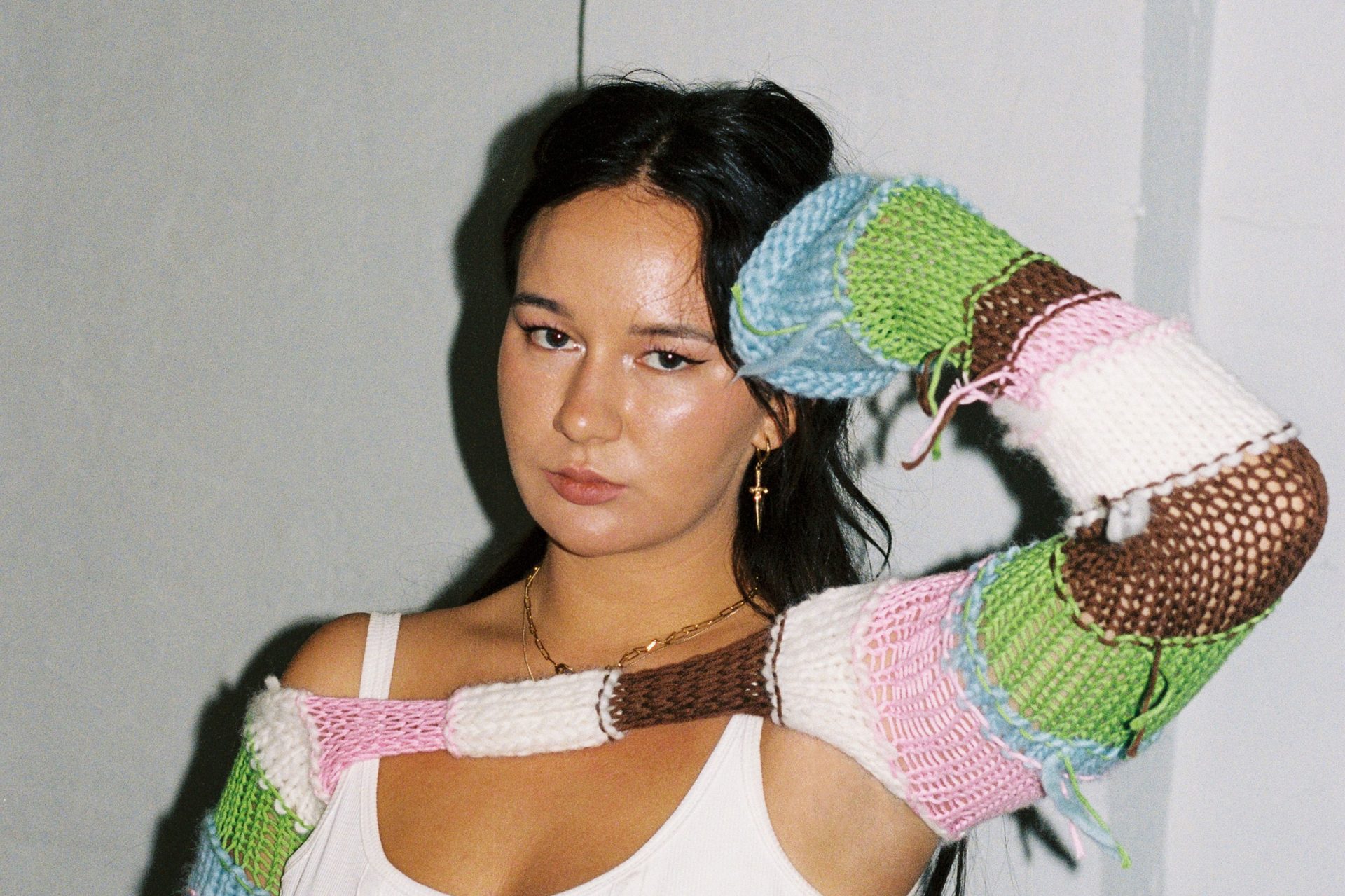 Mallrat: “The best way of summing it up is angel choirs and monster trucks”

Mallrat’s debut album has been a long time coming, but now it’s finally here there’s no holding back – if only to do the music the justice it deserves.

“I’ve always aspired to make something that is precious,” says Grace Shaw from her Melbourne home as she talks about the debut Mallrat album ‘Butterfly Blue’, as perfect a summation of a beautiful record as you could hope to hear. The journey to cherished precious work, though, doesn’t just happen by magic. It’s a product of Grace’s journey as an artist and a writer and her fierce desire to use Mallrat as a positive force to release all her staggering creativity.

It’s been a long time coming for Mallrat to release a proper full-length album after releasing her first EP, ‘Uninvited’, in 2016. “I feel like a little kid waiting for Christmas. I’m so excited for everyone to hear all this music and to see their reaction,” she beams. The long journey leading up to the album release has ultimately been a positive one, though, for an artist who has been finely tuning their alt-pop sound. “I’ve released three EPs. The first one was the first songs I’d ever made,” she says. “They were beats that I found on SoundCloud mostly that I was singing over. I was 16 when I made ‘Uninvited’. The two after that, I learned a lot in the process of making them. I got to work more on the production with other artists and producers that I was a big fan of that I really liked. They’ve all been incredible experiences. I feel like I got to go into the album with plenty of experience.”

The thing that marks Mallrat out is everything is Grace’s own vision, carefully curated and arranged by her hand. A lot of this is rooted in a more practical sense of growth. “It’s hard to gauge growth with songwriting, but it’s easier with production and confidence. I feel more confident and a better producer,” she says. Indeed the album was originally going to be self-produced. “I realised that was an ego decision rather than in the best interests of the album because I’m surrounded by some of the most talented producers in the world.” She’s referring to people like Jam City and Styalz, Tommy English and Big Taste, amongst others, all carefully selected by Grace for their unique talents. “Being able to work with them is the sort of experience and knowledge that money can’t buy,” she continues. “You can’t go to the university and be lectured by these artists and my friends. I adjusted my perspective in the process of writing it. It was really nice and took a lot of the pressure off. I reminded myself that I can produce my own album in a few years, but right now, I just want to make the best debut album that I can and learn as much as I can. I’ve learned to not make decisions just to try to prove myself but rather to serve the music.”

The sound of ‘Butterfly Blue’ is that of Grace’s own creation, inspired by some of her key musical touchstones. “The best way of summing it up is angel choirs and monster trucks,” she laughs. “I love using vocals as a texture and an instrument. It always adds immediate emotion to a song. On the other side of things, one of my favourite artists ever is the producer Sophie; I love all the aggressive sounds. I feel really inspired and moved by really abrasive production. I wanted to be able to play with that.”

The cultural and musical environment of 2022 is undoubtedly a more welcoming one for people wanting to experiment with different dynamics and harsher sounds and tones, and it allows someone like Mallrat to indulge freely in all their sonic explorations. “It’s so interesting how in the last five years, with the growth and popularity of Sophie, PC Music and hyperpop, it has trickled down into pop and rap production,” she says.

One of the most interesting juxtapositions about Mallrat is that she can go from making abrasive, experimental sounds to blissful airy pop with effortless ease. She can have someone like Azealia Banks featuring on a song, as well as having the most tender and beautiful ballad. The album is a wild ride across different sounds and textures. One area that always remains important and a source of pride for Grace is her lyrics and the open-hearted vulnerability and attitude she displays in her songs and melodies. “What I value in my favourite albums, songs and swing writers is the details they describe,” she says. “They are usually very physical things that you can picture. I don’t think you can get that sort of detail when you’re trying to hide. It’s about trying to emulate the music that I value.”

Grace finds some of those values in Taylor Swift and Drake – two artists in different genres with a similar storytelling approach. “A lot of Taylor Swift’s songwriting, especially her earlier country stuff, I really appreciate that side of it,” she says. “Also, Drake’s ‘Take Care’ album. I like that you can imagine all the characters in his life, and he has names for them all and all their personalities. It lets you feel like you know what’s going on a little bit.”

There’s also room for a little bit of fantasy in the Mallrat tapestry. “I also love completely made-up situations and lyrics that don’t really make any sense,” says Grace. “It doesn’t have to be biographical to feel honest and interesting. I want to try and make both of those ideas make sense at the same time.”

Grace highlights a couple of moments on the album that are a perfect distillation of Mallrat in 2022. A combination between innovative sounds and evocative songwriting imagery. “The song ‘I’m Not My Body It’s Mine’ is really cool and interesting, and you don’t know where it’s going to go. The music is a beautiful journey. The melody and production is so otherworldly. The second verse of “Heart Guitar” paints a really strong, beautiful picture of sitting on the carpet at somebody else’s house.

Like a lot of artists, the pandemic might have allowed them time to be productive creatively, but the lack of personal engagement had a debilitating effect. Now that Grace can play shows again, it brings home the ultimate joy of being an artist and realising how Mallrat has become so important to so many people and how ‘Butterfly Blue’ is a long-awaited gift for them. “I have the most gorgeous fans in the whole world,” she enthuses.”They’re so sweet, and I’m just obsessed with them. Whenever I meet them at shows, they always feel like friends. We’ve got a lot of common ground. They’re always so funny, generous and warm. I feel so lucky that my shows can be such a safe, beautiful, warm place filled with these beautiful warm people.”  ■

Taken from the June 2022 edition of Dork, out now. Mallrat’s album ‘Butterfly Blue’ is out now.