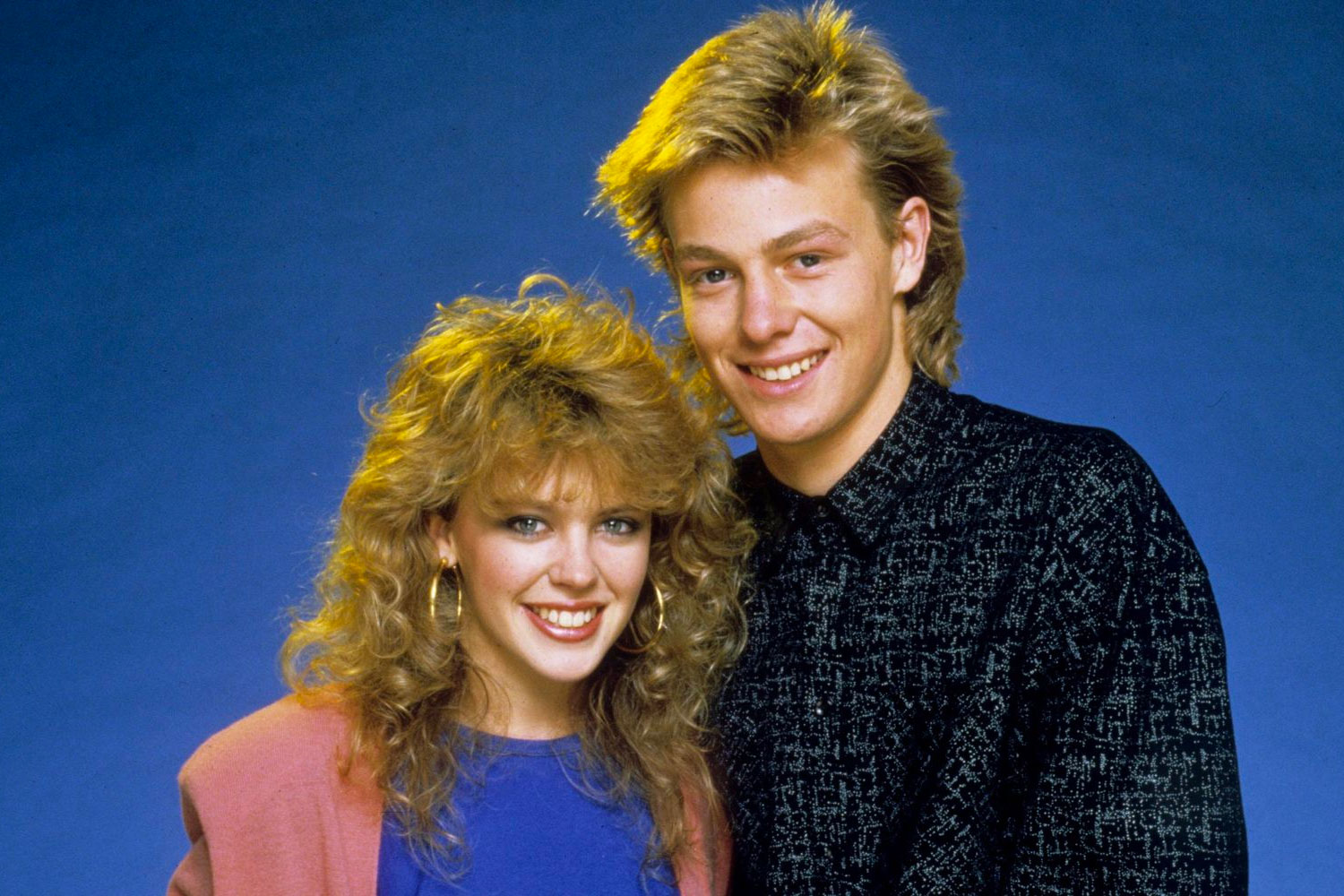 1. Kylie & Jason – Especially For You

Think of the best example of the most perfect pops tar in history. You might be thinking of Kylie Minogue. You might just be right. Then think of Jason Donovan. Admittedly, not quite so perfect. For a couple of fleeting years in the long lost past, though, Jason was perfect. Consider him as the Harry Styles of the late 80s. Anyway, ‘Especially For You’ is their crowning moment, and it is the greatest collaboration of all time. It’s unashamed joyous, tender exuberance about a couple deeply in love lives on eternally. When it comes to collaborations, all the love I have is especially for you.

Imagine an alternative reality where One True Voice (who???) won Popstars the Rivals and embarked on a legendary chart-topping career. Doesn’t bear thinking about, does it? Fortunately, that never happened because Girls Aloud won and saved the whole entire world from pop oblivion and stool sitting balladry armageddon. Yes, they went on to become officially (in my own personal big book of pop – not published yet but offers welcome) The Greatest Girl Band Of All Time. All iconic in their own way, Sarah, Nadine, Nicola, Kimberley and Cheryl redefined what it meant to be an exciting girl band making innovative pop while having a great big load of fun while doing it. ‘Sound Of The Underground’ was their opening statement, and it immediately indicated that this band were something quite special.

There was a time in the late noughties when Lady Gaga was the ultimate best pop star of all time. ‘The Fame Monster’ was a pop behemoth spinning off hit after hit, and this one features another ultimate best pop star of all time. Yeah, I know; I just said Gaga was the best. Give me a break; there are too many amazing pop stars. Beyonce’s bit arrives at 1 min 35 seconds and might just be the best 14 seconds in pop history. ‘Telephone’ is also a contender for best song about a phone, a genre of which there are many contenders, but we’ll save that one for later.

Here comes Queen Bey again with one of the most iconic moments in music television history. Back in the days when The X Factor was the biggest thing going, they would get a massive star to duet with the finalists. Normally it would be Robbie Williams who was waiting around in reception, but this time, Beyonce graced us with her presence to duet with the beautiful voice of eventual winner Alexandra on her classic ballad ‘Listen’. A true WTF moment, it was a wholesome moment of fleeting pop joy that you can never recreate.

Poppers are good, aren’t they?

Did you know that ‘Voulez-Vous coucher avec moi, ce soir’ actually translates as “what an incredible banger can you believe that we got all these pop icons on one song”? Of course it doesn’t, but these four stars helped take this already legendary song to another level with an all-star extravaganza of epic proportions. My favourite is Mya, btw.

The new school of rap legends are taking over, and they’re filthier than ever, just the way we like it. ‘WAP’ has obviously been everywhere and for good reason, as it’s amazing and is already a modern-day classic.

Sugababes are one of the greatest pop groups of all time. Everyone knows this. This song is their first number one and an example of how they took Richard X’s mastering of the classic ‘Mash Up’ into a piece of pop genius. It still sounds incredibly fresh today. Oh, I do wish Sugababes would come back. I need to add that to my great big list of pop requests.

9. Dolly Parton and Kenny Rogers – Islands In The Stream

You don’t get more legendary than Dolly Parton. Dolly is still going strong. Maybe you saw her the last time Glastonbury took place; I’ll bet it was ace. I’ll bet you sang along to this at the top of your voice, and I’ll bet it warmed your heart with joy. Go on, you can do it again now. It’s my treat. Promise it will cheer your day up.

Charli is the queen of collaborations, and there are about 241 amazing ones to choose from. I’m going for ‘1999’ though, with the very lovely Troye Sivan. 1999 was a good year, wasn’t it? There was a great big solar eclipse in 1999. Fitting for Charli and Troye as they regularly eclipse the pop competition. Except for here because they are at Number 10. I haven’t thought this through, have I?

True Steppers. Dane Bowers. Victoria Beckham. Where is it? He’s out of his mind. Also; Klaxons and Rihanna at the Brits, Linkin Park and Jay-Z, Ellis-Bextor and Groovejet.  Stephen Ackroyd, ‘Editor’

Few things can get me riled up like doing a list like this and then putting a 100% pure pop banger in the metaphorical corner of life, but here we are. Martyn’s only ever watched 43 movies and it shows. WHERE IS THE DIRTY DANCING SONG MARTYN? WHERE IS IT? ‘(I’ve Had) The Time Of My Life’ is everything you need, for all occasions. Bill Medley, Jennifer Warnes, a little dance, Jennifer jumps up into Patrick’s loving arms, a bit of a twizzle round, it’s a triumph, Baby’s not in the corner any more, not a dry eye in the house. He won’t have a clue what I’m on about. Jamie MacMillan, writer and photographer

I’ll be fair, it’s a pretty formidable list of duets right here on Martyn’s list – but sweet heavens are there some notable admissions. We’ve all screamed along to Lady Gaga and ‘that one off The Hangover’ doing ‘Shallow’, and we’ve all attempted to throw some sort of shapes outside in a car park to Bruno Mars and Cardi B’s double-team on ‘Finesse’. AND WHAT ABOUT JUST THE ENTIRE FILM GREASE! Maybe that’s just what I’m looking for in a duet. Songs I can sing incredibly out-of-tune right in my friends’ faces. No wonder why I sit here alone with a bag of Maltesers… Jamie Muir, Contributing Editor and Down With Boring ‘host’