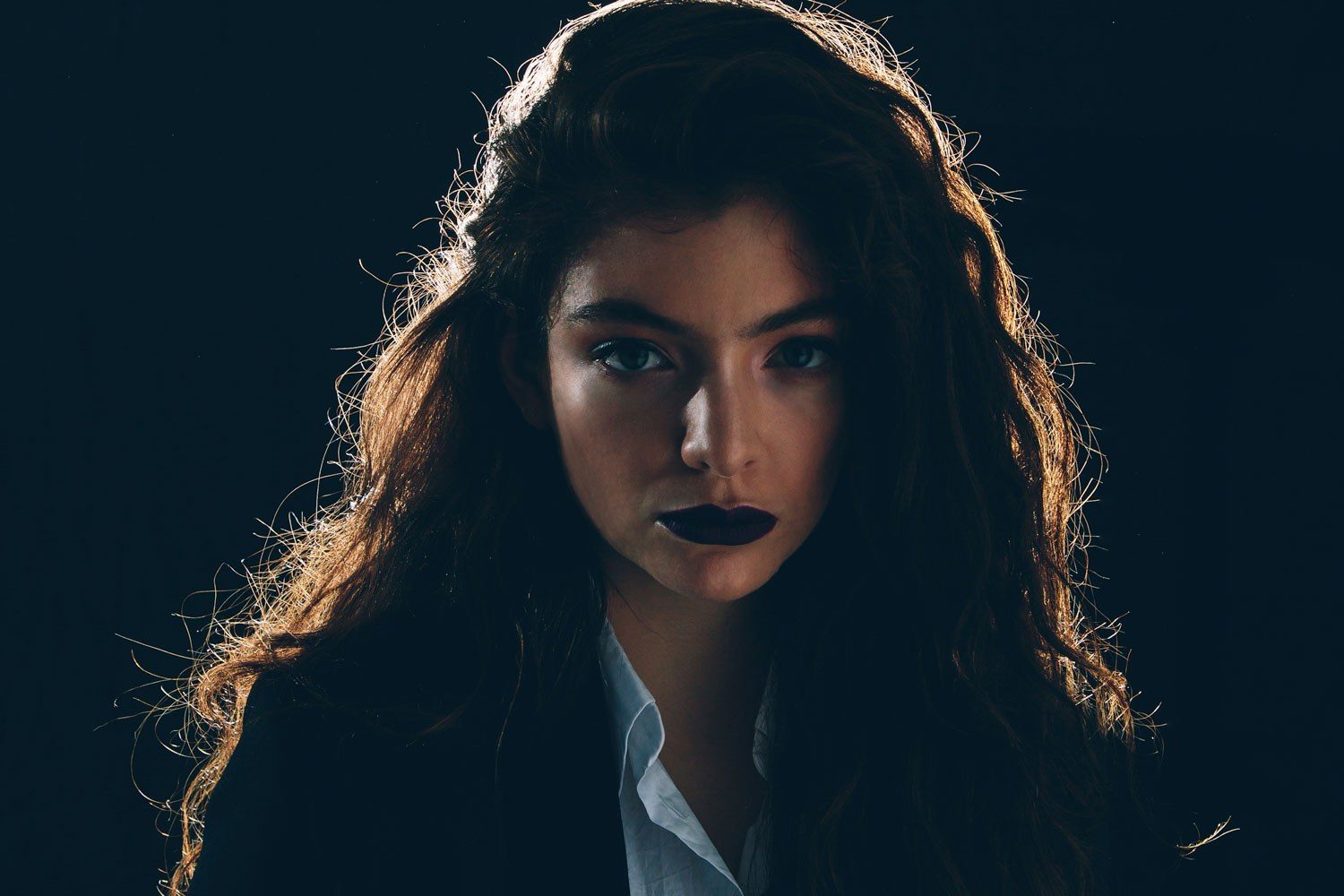 Everyone loves a good list, right? Well, Dear Reader, not compared to Dork’s Listmaster General Martyn Young you don’t. Each month, we’ll give him a new musical category to rank, then you can send in your rage-filled missives about just how wrong he is. It’s all good fun.

(Since 1st January 2000)
PLEASE NOTE: All opinions are those of Martyn Young and in no way represent Dork as a whole. We’re very sorry.

When Lorde’s debut single arrived in 2013, crashing into the top of the charts like a bolt from the blue, there was nothing else that sounded quite like it. A minimalist new pop masterpiece in miniature, it highlighted a new talent who appeared like a flashing green light of pop stardom. You all know how it goes and how all the component parts link together perfectly. How it is effortlessly cool yet wickedly sharp and deftly on point. It still hasn’t been matched in the eight years since and maybe never will be. No one can touch Lorde, and she made that clear right from the very start.

2. Girls Aloud – The Sound Of The Underground

Imagine an alternative reality where One True Voice (who???) won Popstars the Rivals and embarked on a legendary chart-topping career. Doesn’t bear thinking about, does it? Fortunately, that never happened because Girls Aloud won and saved the whole entire world from pop oblivion and stool sitting balladry armageddon. Yes, they went on to become officially (in my own personal big book of pop – not published yet but offers welcome) The Greatest Girl Band Of All Time. All iconic in their own way, Sarah, Nadine, Nicola, Kimberley and Cheryl redefined what it meant to be an exciting girl band making innovative pop while having a great big load of fun while doing it. ‘Sound Of The Underground’ was their opening statement, and it immediately indicated that this band were something quite special.

3. Arctic Monkeys – I Bet You Look Good On The Dancefloor

Where were you, dear reader, when you first heard Arctic Monkeys debut chart-topping single? I’ll tell you where I was; I was in the car at the McDonalds drive-through in Kirkcaldy, which is a lovely place by the sea in Scotland. I was having a nice little pre-night-out meal (quarter pounder with large fries and a McFlurry) before hitting “the club” to throw some “shapes” on the dancefloor, and I heard this incredible song on the radio that changed my life and probably changed the lives of everyone else who heard it. Arctic Monkeys’ dancefloor sounded like the most exciting place in the world, and Alex and the boys couldn’t take you there quick enough as they careered through their most famous banger at breakneck speed. Still goes off every time to this day.

‘The Mother We Share’ glistens like a beautiful beacon of hope shining in the distance. Its twinkling synths set your heart all a flutter, and the sing-song chorus makes you feel like you can take on the world and actually win. Full of defiance and possibility, this song is everything amazing about Chvrches encapsulated in one three-minute pop rush.

You all know how Dork likes to deal in bangers, don’t you? Well, haven’t I got an all-time turbo banger for you. This list could not be complete without Ke$ha’s ‘TiK ToK’ as we all know that the party doesn’t start until Ke$ha walks in. This song is full of so many quotable lines that I could be here all day listing them. It’s the ultimate party song. We’ve all woken up in the morning feeling like P Diddy, haven’t we?

Think of the greatest pop stars of the 21st century. Charli! Lily! Taylor! Ariana! Alex Rice! Yes, they are all well and good, but none of them are Rihanna. A pop star so important and so good that she has a song named after her. Shouts to The Wanted for ‘Walks Like Rihanna’. This was the first song we heard from her, though, and it’s incredible. Its bubbling dancehall rhythms were irresistible and still delight 16 years on sounding as fresh as the day they were born.

There are lots of things I’d like to come back. There’s the ability to go to a nightclub or a gig and have a dance. There’s Declan McKenna’s moustache. There’s Mattie Vant. More importantly, though, there’s Katy B, who burned super bright at the start of the last decade as the queen of dubstep-infused dancefloor greatness before disappearing for a bit with almost nothing heard from her since. I’m sure she’ll return to claim her throne soon, though, and it’s bangers like ‘Katy On A Mission’ that secured her seat there in the first place. Dark and dirty and supremely evocative of the rush of emotions felt on a packed dancefloor, it’s a glorious snapshot of a time when genres were coalescing all over the place, and anything felt possible.

‘There’s A Honey’ is like a great big warm embrace of a song, swooping you up into its lovely shimmering bosom and cuddling you into blissful ecstasy. It’s hard to believe that Pale Waves have only been around less than 5 years as they have grown so much, yet this opening single retains a unique and timeless charm that will always endure as maybe their finest moment. A glorious debut single befitting of three-time Dork cover stars

Some of you are going to be screaming at your magazine right now saying, “WHAT THE HECK IS WRONG WITH YOU, MARTYN?! HAVE YOU GONE MAD?” and the answer is no, I haven’t, I just have a never-ending ticket for the journey on the gecs train, and I never want to get off. 100 gecs are the bonkers future of pop, and it doesn’t get much more bonkers than ‘money machine’, the tune that started the gecs bandwagon rolling.

I’ve never been to LA. I’d imagine it would be quite nice. Probably a bit hot, mind you. If I did go to LA, though, I’d be strolling along Sunset Boulevard every day, taking in the sights with Rachel Stevens’ finest moment as my soundtrack. Also, big shouts to this song for epic levels of shade it shows – a lesson for us all.

This list is like taking a toddler into a sweet shop and saying ‘help yourself’. It might start off ok, but eventually their attention wanders to all the shiny and sweet stuff until you’re left with nothing but tears, despair and a sugar-induced headache as you hope they remember how to go to the toilet. Especially when I remember a band called The Strokes and how they changed *literally everything* within about nine seconds of ‘Hard To Explain’ starting. For goodness sake. Jamie MacMillan, writer and photographer

Where to start with a list that’s mostly one-hit wonders or debuts that were swiftly bettered by the artists in question. From Linkin Park’s ‘One Step Closer’ (a rager of a song that laid the groundwork for every electro-infused rock banger since and helped turn the band into one of the biggest in the world) to Billie Eilish’s genre defining ‘Ocean Eyes’ and The Killers universally adored ‘Mr Brightside’, there are so many glaring omissions that I’m writing this wearing sunglasses. Ali Shutler, Assistant Editor

Martyn appears to have picked the first ten acts that came into his head, then put his feet up and called it a day. For starters, where on Earth is Dizzee Rascal’s ‘I Luv U’, a song so good it brought grime crashing into the mainstream and helped lay the foundations for every UK rap superstar who currently exists? But no, you’re right Martyn, 100 Gecs are somehow more deserving. Christ. Jake Hawkes, writer and Down With Boring ‘host’