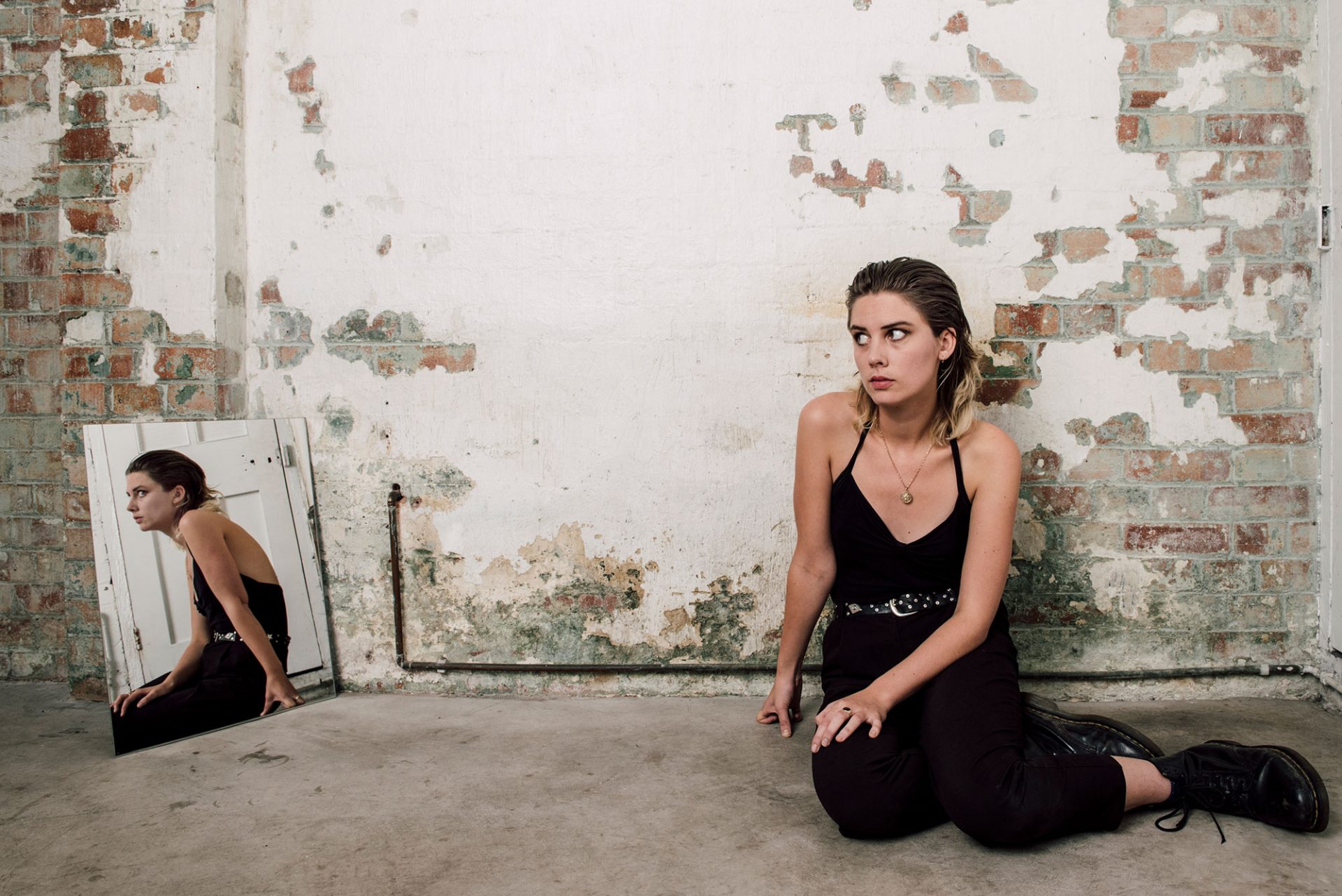 When you’re creating lists, there are lots of factors that go into it. For example: Who fits the rules? Who can I remember? Who has a strong legacy? Who will annoy fellow members of the Dork team the most (this one’s not true. Maybe.)? But ultimately, perhaps the main consideration is what is happening right NOW, and right now, there is no greater frontperson in all of music than Ellie Rowsell. Ellie is the leader of the greatest band on the planet at the moment, so she rightly takes her place atop the frontperson mountain where she can oversee everyone while Wolf Alice go on to ascend new heights.

Now we come to a true legend of the indie-rock game. You don’t need me to tell you why Karen O is so amazing. A true force of nature who will provoke every emotion under the sun, she has mastered whip-smart punk aggression, and tender heartbreaking laments with ease while leading her band Yeah Yeah Yeahs. Oh, also, while I’m here, please come back Yeah Yeah Yeah’s. We need you.

Yes, it’s him again. One day there will be a list that he doesn’t make it onto, but it can’t be this one. Obviously. If he swapped places with Ross, though? Yeah, maybe.

There was a time not so long ago, three years and seven months to be exact, when I did not truly believe in the talents and wonders of Gerard Way and his band My Chemical Romance. I just thought ‘Welcome To The Black Parade’ was a good song. Oh, and ‘Teenagers’ too. That’s a really good song. How foolish was I? Gerard is obviously a legend, and he represents a new breed of frontman. Electric onstage and thrilling on record Gerard is constantly compelling and firmly deserves his place in the Top 5.

Hayley is a modern-day icon responsible for influencing almost every band who ever read about in these hallowed pages. And rightly so. Her band Paramore’s legacy both endures and grows stronger by the year, while Hayley herself has branded out to do her own solo stuff while working strictly on her own terms. An inspiration to us all.

Ah, the tricky number 6 spot. Always a difficult one to fill. There’s woaaaahhhhhhhnly one man who can rise to this challenge, and it’s the frontman of Kaiser Chiefs and ex-star of The Voice Ricky Wilson. In many ways, Ricky is the ideal frontman. He’s gobby, ridiculous and has an at times questionable dress sense. As you’ve seen at festivals this summer, he also is still great on stage and can still command a crowd. Most importantly, though, and this is a game-changer, he has an incredible dog. Look at the size of his dog. Amazing.

A modern-day folk hero and two-time Dork cover star along with his Sports Team partners, Alex Rice is an enigmatic conundrum that is both chaotic, charming and unexplainable in equal measure, but we love him for it. He also has particularly lovely luxurious long hair. Just wait until the pop star haircuts slot comes along, Ricey. Your day on top will come.

Dearest Olly is such a good frontperson that earlier this year, he took over his band and became Years & Years all on his own. They’re all still pals, though, don’t worry. It wasn’t anything dodgy. It makes sense for Olly to be at the front on his own, though because he’s a) incredible and b) he has been forging a new way for the last decade for how to be a pop frontman and do it with impeccable style while looking like you’re having the most fun of anyone ever in the world

Not a frontperson, I hear you cry! Well, hear me out. If it was Acceptable In the 80s, it’s also acceptable in Dork. Calvin is his own frontperson. And he used to have a band back in the day. C’mon, Calvin, get back to the front of the stage. Where you belong. Oh, and make some of those funny YouTube videos as well. Look them up. Dead good.

Two front people for the price of one to finish off and what a pair they are. Scissor Sisters at their prime were amazing and well overdue for a comeback. If you don’t feel like dancing, then maybe you should listen to some Scissor Sisters, or maybe you can take your mama out instead and show her what it’s all about.

In many ways, Martyn is not too far off here. Karen O is The Best, but second spot to Ellie is okay, and leaving out the pre-millennial sacred cows is just fine by me. Have to be honest, though – whatever vendetta is keeping out chief Monkey Alex Turner is a nonsense. If the job of a good frontperson is to command the limelight, that shifting cross-Atlantic accent alone deserves our respect. The man is box office. Stephen Ackroyd, Editor

Ignoring the fact that buggering off to launch your own (very successful) solo endeavour probably actually makes you not the best frontperson when you really think about it, this list is missing a super obvious icon that has changed the shape of both rock and pop throughout their lengthy career: Gwen Stefani. Felicity Newton, writer

Martyn’s forgotten Beyonce was in a band, hasn’t he? Sam Taylor, writer