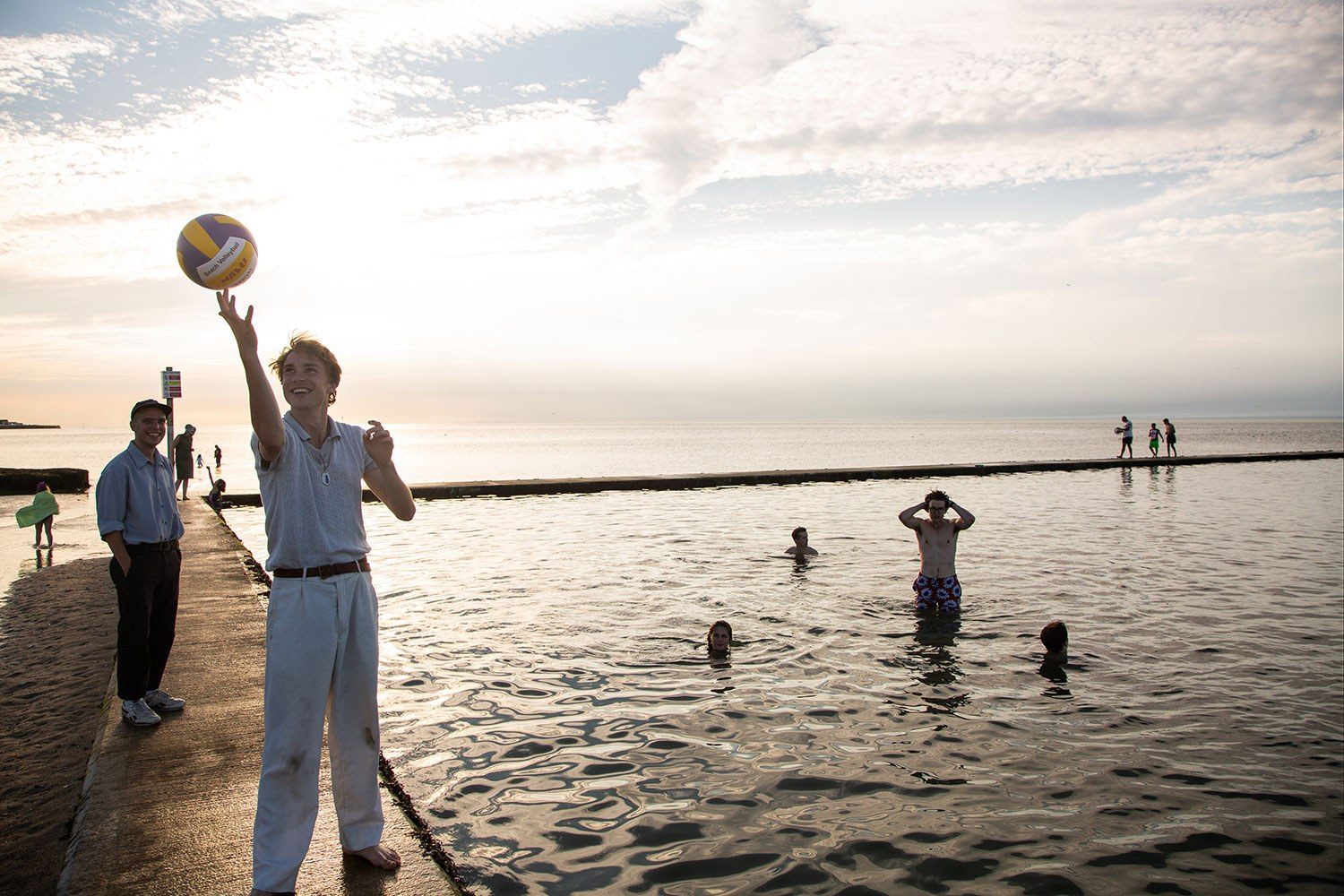 Right, let’s get right down to business. Make no mistake, this is one of the greatest tracks of all time, not just of the summer. Just imagine, though, how glorious this will sound driving ’round the street with your window open. Keep your seatbelt on though, remember to be sensible. A UK garage classic and the sound of pure distilled joy, this song perfectly encapsulates all the joy and optimism of a beautiful summers day. Also, flowers grow better in summer. Because it’s warmer. That’s how nature works.

Someone who works at Dork contests that this isn’t a summer song because it was released in October. Well, I’m here to contest that they are DEAD WRONG. ‘Fantasy’ is all about summer vibes. It’s about escaping to a dream paradise where nothing can hurt you, and all you have is blissed out happiness, and surely we can all get behind that. Also, it’s Mariah’s prime non-seasonal banger that sounds great in a club, at a barbeque on the beach or in the garden.

This one is prime summer. The musical equivalent of a great big ice cream with a 99 on top. Unforgettable and undeniable. Literally so hot it’ll melt your popsicle.

Some people like to enjoy a thing called football in the summer. This song is the ultimate summer football anthem. A constant soundtrack on my summer 1998 trip to Disneyland Paris, where I got to meet Mickey, Minnie, Pluto AND Goofy (he’s my favourite).

From one summer dance classic to another more harder-edged banger. ‘Sandstorm’ is precision designed for maximum dancefloor destruction. This song goes off every single time and still sounds amazing.

Some of the best ‘Na,na, na’s’ in pop history are present on this classic from the UK’s premier numerically named boyband. A song that contains the classic pop clarion calls to both “throw your hands up in the air”, “move it to the left and shake it to the right”, and “jump up to the ceiling”. It doesn’t get much better than this. 5ive definitely will make you feel alright.

7. Friendly Fires – Jump In The Pool

Everyone needs a little dip to cool down in the heat of the summer, and Friendly Fires provide that with their blissed-out ode to a beatific summer paradise. You can immediately picture the Hawaiian shirts and hip swivelling dance moves that are what summer is all about.

Alex Rice and the crew know that summer can’t all just be party vibes. Sometimes it’s gonna rain, and it’s gonna rain hard. Sports Team will be there, though, to provide you comfort. Seek shelter from their clouds under their indie-pop umbrella. There’s room for everyone.

With an intro that immediately screams summer OMC’s ‘How Bizarre’ is iconic. Second only to Lorde as New Zealand’s greatest export, there is no doubt this is a prime summer song. He even sings “cruising down the freeway in the hot hot sun”. I’ll bet summers in New Zealand are lovely.

‘Old Town Road’ was the song of the summer in 2019; the last year we had a proper summer. A summer where we could do whatever we wanted and had all the freedom in the world. Ah, those were the days. Still, you can take yourself back there by enjoying Lil Nas X’s country rap masterpiece and dream of the hopefully beautiful summer to come

Maybe Martyn has a different idea of what summer means to the rest of the country but the second that big ol’ ball of gas (the Sun, not Marty) starts luring bees and ice cream vans from their hidey holes, I just want to get in a field with some mates and let indie bangers wash over me. If it doesn’t make you want to down a pint from a plastic cup or scream a guitar-driven chorus in someone’s face, it’s not a Summer anthem. Sure, The Kooks, The Wombats and The Fratellis might be dismissed as landfill but the only thing truly meant for the rubbish heap is this list. Ali Shutler, Associate Editor

I turn my back for one minute and we have a list for ‘Songs Of The Summer’? I thought we had all reached an agreement a long time ago that the only true Song Of The Summer is Daft Punk’s ‘Get Lucky’? Have we really given up two pages in this month’s magazine for a list that at best is blasphemy and at worst threatens to rip apart the very fabric we know summer to be? Does this mean we’ve cut the interview with <SNNNIIIIIIIIIIIIPPP – Ed> Jamie Muir, Contributing Editor and Down With Boring ‘host’

Dear reader, let’s get one thing straight. Minutes before discussing this list, our dear friend Martyn was decreeing anything over twenty degrees as the ‘worst weather’ imaginable. And now, he comes to us with this ‘list’. Sure, he may have got some right (although ‘How Bizarre’, Martyn? What were you thinking…), but we need justice for 2020’s forgotten Songs of the Summer. From Dua Lipa, to HAIM, last year’s summer anthems need their time in the sun. Patrick Gunning, Photographer and Down With Boring producer-slash-genius